Though the Canadian children’s animated series is ending its 21-year run on PBS Kids, its Toronto-based production company says the four-year-old protagonist’s adventures aren’t over.

The U.S. Public Broadcasting Service said on social media this week it’s “saying farewell” to the polarizing preschool show, which was inspired by a Quebec children’s book series.

“Caillou” has aired in some 70 countries and clearly appeals to kids, but it’s also been bashed on social media by some parents, who often deride the titular moon-faced character as “whiny.”

News of the show ending on PBS had some parents celebrating on social media.

But Canadian media company WildBrain says it owns the “Caillou” brand and is “committed to ensuring that kids in the U.S. can enjoy the show in the future.”

WildBrain also notes “Caillou” continues to be available on its Family Jr. channel for Canadian audiences, and is also available in numerous other countries around the world.

“‘Caillou’ has been loved by generations of kids around the world since it first debuted in 1997,” WildBrain told The Canadian Press in a statement.

“The magic of ‘Caillou’ is that there is no magic – Caillou has no super powers, and there are no talking animals or magic creatures in his world. Kids adore watching ‘Caillou’ precisely because it’s about another child going through just the sort of experiences they encounter in their own lives. We believe this makes ‘Caillou’ very special and perhaps even unique in the kids’ content universe.”

WildBrain declined to comment further and turned down an interview request.

“Caillou” books were first published in 1989. Quebec illustrator Helene Desputeaux and author Christine L’Heureux have both claimed to be part of the original creation. While the two were found by an arbitrator to have joint authorship, the legal battle over related issues – including licensing, copyright and royalties – went all the way to the Supreme Court.

The books inspired the “Caillou” series and films translated into over a dozen languages.

“Caillou” follows the inquisitive, bald protagonist on adventures around his home and at school.

The show’s website describes him as “lovable” and explains that he doesn’t have hair because he was initially created as a nine-month-old baby.

But he’s not always in a good mood, Chouette Publishing admits on its website.

“Not everything is easy in the life of a child,” Chouette says in a section titled “Why is Caillou grumpy so often?”

“Like adults, children go through difficult periods, but they lack the communication skills to articulate everything they feel. Caillou’s experiences are an attempt to translate the inner life of a child and his varied and sometimes contradictory feelings.”

Hence the backlash against the show, which had its critics delighting in its demise on PBS this week, and has sparked such Facebook groups as “Parents against Caillou” and “A group where we all really hate Caillou.”

“So I think that just left a bit of a bad taste in parents’ mouths, watching their children see that behaviour being modelled to them on television and in turn thinking it was acceptable behaviour,” she added in an interview.

Daly said her four-year-old and a six-year-old girls watched “Caillou” mostly on YouTube Kids when they were a bit younger.

Her daughters were “really interested in it,” and Daly liked that it was relatable to young children, but she limited their viewing of the series because she also “found it a little bit whiny.”

“When my children were interested, they were around the age of three and that’s when I tried to express to my children to use the right terminology and right tone of voice in order to get what they want,” she said.

Simon Payette, general manager Chouette Publishing which works with L’Heureux, said “Caillou” is rooted in principles of child psychology. He’s just a regular kid showing a children’s point of view and a variety of emotions, but he exists in an “age where kids need to be perfect, they need to be superheroes, they need to do whatever parents want them to do.”

“It’s an age where our children are challenged really a lot, and some parents see this as very important to have role models who are just perfect,” Payette said in an interview.

“We don’t believe in this. We believe in the importance of going through important child development stages. Each child is developing at his own rhythm. There’s nobody who’s perfect.”

With files from Adina Bresge 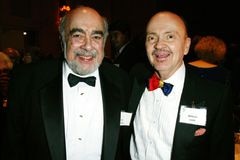 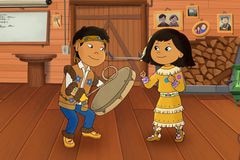 Alex Trebek urges support for COVID-19 victims in message during one of his last Jeopardy! episodes
January 5, 2021 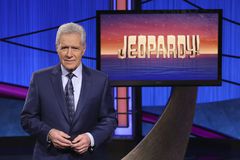