Canadian TV can in general be accused of dereliction of duty. That duty is to at least occasionally present a blunt and unpretentious depiction of underclass life in urban Canada. By underclass I mean the lowest social stratum in a country or community.

A good deal of Canadian drama and comedy, such as it exists, is mannered, bourgeois and aimed at a bourgeois audience. It emphasizes a rather polite view of who we are and rarely tells stories in the rough vernacular of places and regions. The exceptions would be Trailer Park Boys and Letterkenny, both of which create specific worlds to enter.

Can You Hear Me? (M’entends-tu?) is another exception, but drama-comedy, not just comedy, and it just arrived on Netflix Canada. It has a pungent, rollicking and poignant quality rarely seen on Canadian TV. Made for Télé-Québec, the two seasons (French with English subtitles) amount to a bracing journey into places we never visit. Search about it in English and you’ll find it described as being about three female friends “from disadvantaged backgrounds” coping with reality.

That description barely does it justice. It’s anarchic in style and tone, much like the day-to-day lives of Ada (Florence Longpré), Fabiola (Mélissa Bédard) and Carolanne (Ève Landry) in working-class Montreal. They barely have a nickel – well, Fabriola has a job at a burrito joint – and thrive on sex, drugs and petty crime. They can, however, sing, and sometimes busk for a few bucks in the Metro or on the street.

Those streets are mean, and their lives are even meaner. Ada has an alcoholic mother she argues with constantly in their shambles of an apartment. Fabiola is Black and lives with her permanently dozing grandmother, a drug-addict sister and her young niece, who seems to be living without any parental care. She also has a boyfriend who turns up occasionally and, she knows, just exploits her. Carolanne is the quiet one, barely saying a word, but vomiting often and made tense by messages from an ex-boyfriend.

What unfolds is the raw, unvarnished story of their antics and adventures. Ada’s behaviour tends to lead to mayhem, while the other two live more internalized lives. The series (written by Florence Longpré, Pascale Renaud-Hébert and Nicolas Michon) is wholly original; raunchy and unapologetically existing at the intersection of class, race, gender and poverty. Brace yourselves; this is hilarious, original and not-nice Canadian content of small genius.

Change & Action: Racism in Canada (Saturday, CTV, 8 p.m.) is hosted by Tyrone Edwards, Marci Ien, Lainey Lui and Anne-Marie Mediwake. They discuss “how all of us can stand in solidarity as allies of Black Canadians and marginalized communities.” The 90-minute special includes conversations with artists, public officials, business leaders, activists and athletes. The idea is to begin a national dialogue about how Canadians can take action against systemic racism, now and in the future.

60 Minutes (Sunday, CBS 7 p.m.) is deeply relevant this week. It looks at the Tulsa Race Massacre of 1921. An estimated 300 mostly Black men, women and children were killed, and aircraft were used to drop incendiary devices on a Black neighbourhood called Greenwood in Tulsa, Okla. As the program points out, it has largely been ignored. Scott Pelley talks to a Tulsa community aiming to highlight the history of what happened and why. The incident began when newspapers did alarmist reporting on a Black man who was in custody. Armed Black First World War veterans tried to stop a mob attack on the thriving Greenwood area, and soon attack planes were circling. Tulsa is where Donald Trump will, next week, hold his first rally following the pandemic shutdown of such events.

Finally, this column continues with a “stay-at-home-period daily-streaming pick.” Today’s pick is Low Winter Sun (Amazon Prime Video). This slow-burning crime drama lasted one season on AMC in 2013 but sure deserves attention. Set in a decayed and hauntingly deserted Detroit, that decay is reflected in the morale of local detectives, who have become corrupt, off-the-radar thugs. It stars Lennie James (The Walking Dead, Snatch) and Mark Strong as detectives who must kill one of their own to get out of a jam and David Costabile as the Internal Affairs agent who arrives to deal with the matter. It oozes cynicism about big-city policing. 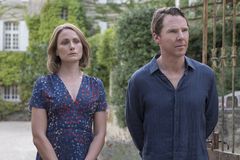 Opinion
The Brother, The Bachelor and strange ideas for summer TV
June 10, 2020 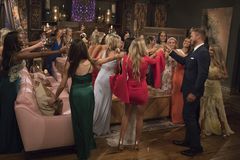 Opinion
Understanding this: Three programs about race and policing in the U.S.
June 8, 2020 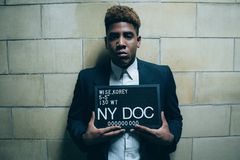