Some newspaper columns worry about the Toronto Raptors. Are the Raptors getting enough respect? That kind of thing. Other columns agitate repeatedly for the removal of Andrew Scheer from the Conservative Party leadership. Still others worry about hockey a lot. Whither-hockey columnizing is everywhere.

This column worries about all sorts of things but sometimes about Canadian TV. Not constantly, mind you. This column doesn’t want to be labelled a crank and be shunned at public events. Besides, the powers-that-be in Canadian TV do have it all figured out.

The recent announcement of the cancellation of Anne with an E brings the whole matter into focus. You know why Anne was cancelled? I’ll tell you why.

First, it’s always possible that Anne is collateral damage in CBC’s recent falling out with Netflix. This column gets the impression that CBC TV did a “conscious uncoupling” manoeuvre and wants to find its own path in life away from big-daddy-dollars Netflix. Possibly it just wants to see other people. But it doesn’t want to be tied down. It wants to put its own needs first. Hey, relationships.

But the real reason Anne was cancelled is that the character Anne is not a gutsy young female lawyer, or a nurse. Gutsy female lawyers are CBC TV’s favourite thing. It opened this calendar year with not one, not two, but three series with such a figure at the centre of things. There was the return of Burden of Truth, starring Kristin Kreuk as a young lawyer tackling the twin issues of living a life and litigating hard-to-win cases. It unveiled a rebooted Street Legal, featuring Cynthia Dale as Olivia from the old Street Legal but now eviscerating male colleagues at a big Bay Street firm and leading a gaggle of young hipster lawyers in hard-to-win cases.

Then came Diggstown, with central character Marcie Diggs (Vinessa Antoine) as a corporate lawyer who changes her life and career, and gives up corporate law to work in a legal-aid clinic in Halifax. Both Burden of Truth and Diggstown return in 2020. Unless little Anne swore on her pigtails that she was dead-set on being a lawyer to fight hard-to-win cases, she wouldn’t fit into this narrow range of central characters.

Anne with an E is not a medical drama either, which is a huge drawback in Canada. We love our health care and want medical dramas is the thinking from on-high in Canadian TV. Arriving soon on Global is the new Canadian drama Nurses, a “coming-of-age story centered around the lives of five rookie nurses.“ Nurses and their stories, I tell you, will grip this country. I mean, for five seasons Global’s competitor CTV filled a good portion of its Canadian content quota with Saving Hope, about the sort-of supernatural shenanigans at a Toronto hospital, and featuring surgeons and nurses. See that? Nurses! Is Anne with an E’s coming-of-age story about a nurse? There’s your problem, Anne fans.

Coming soon to CTV is Transplant, described by the broadcaster as “a fresh take on an ensemble medical procedural.” It stars Hamza Haq as “a brilliantly skilled emergency medicine doctor who flees Syria to Canada and is challenged to make a place for himself in a new hospital and country.” Will there be nurses? Yes. Why? Because, nurses.

There you have it – Canadian TV has it all figured out with allegedly fresh takes on legal and medical dramas. These fresh takes are what got Canadian TV where it is today. It certainly bought a few luxury cottages in Muskoka, I’m telling you.

Now, there was a minor uprising on social media when the cancellation of Anne with an E became known. The series has fans around the world, thanks to Netflix, but those outside Canada might be unaware that the series was never a huge hit for CBC TV. It got about half the viewing numbers that Murdoch Mysteries gets and its Sunday night time slot put it up against the hottest series on prestige cable. Further, its older audience in Canada was put off by its divergence from the beloved source material. CBC’s messy breakup with Netflix was only part of the problem.

No wonder this column worries about Canadian TV sometimes. The industry, CBC TV emphatically included, is obsessed with series about feisty female lawyers and medical dramas featuring nurses. It’s become an orthodoxy and that’s why we can’t have nice things such as Anne with an E. 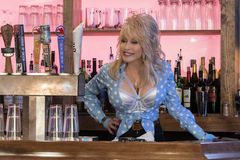 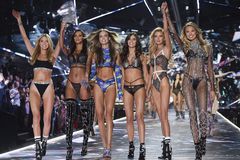 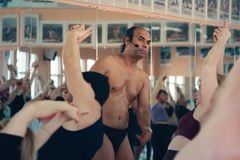