Even since it became clear that Game of Thrones was a TV phenomenon like few others, a small army of people have been trying to cook up the next GoT. The impulse among producers and writers has been to find a recipe that included fantasy, violence, politics, sex and revenge. And super-special effects.

It’s not an easy recipe to nail down. The resulting concoction must be visually startling but have enough down-and-dirty human action to be gripping. Special effects and elaborate mythology that’s really a pastiche of authentic mythology will only take you so far.

Carnival Row (now streaming on Amazon Prime Video) has been labelled as a viable post-Game of Thrones fantasy hit. And wrongly so. It’s far too rooted in contemporary politics about anti-immigrant rhetoric to be entirely fantastical and it’s far too close to a pastiche of existing British crime drama you might find on Masterpiece Theatre on PBS. It’s the most extraordinary mashup, actually. It’s good, but far from perfect, mind you, as various threads aren’t exactly woven neatly together.

The gist is this: In an alternative universe that looks like the British Empire of Victorian times, a group of countries called the Pact has been trying to wipe out the fae folk. They have conquered the place the fae folk inhabit, called Tirnanoc (obviously derived from the place in Irish-language mythology called Tír na nÓg, or the Land of Youth) and some fae people – and “faun” – escape to a place called the Burgue, which is sympathetic to them. That is, the Burgue is sympathetic until all these refugees, who look and sound different, start arriving en masse.

For the Burgue, think Victorian London from every movie about Jack the Ripper ever made. And indeed there is a Jack-like figure on the prowl. He’s been murdering fae women, many of whom work as prostitutes in a seedy area called Carnival Row. Leading the search for the murderer is maverick police officer Rycroft Philostrate, known as Philo (Orlando Bloom). For him, think Inspector Murdoch on steroids, a guy with a taste for violence and bodice-ripper sex.

While he’s looking for the killer, one fae woman refugee, Vignette Stonemoss (Cara Delevingne) is looking for Philo. They were star-crossed lovers when he was fighting against the Pact and she was a feisty freedom fighter for the fae folk. Now, in a teeming city where she’s obliged to work as a servant for an upper-crust family, their paths are bound to cross.

Thus you’ve got a love story that’s very Victorian, about people from different classes and environments. You’ve also got a lot more Victoriana in the politics of the place. Men with pork-chop sideburns argue about the “refuse” washing up on their shore, while the Chancellor (Jared Harris, who is great) tries to keep the calm. These loud and angry men might be 19th-century Tory politicians arguing about refugees from the Irish famine descending on England or they might be U.S. Republicans today arguing about migrants crossing the border. There are more allegories here than you can shake a policeman’s baton at.

The series was written by Travis Beacham and René Echevarria and began life as a movie that went unproduced. And you can sometimes tell – it lurches in unexpected directions and it takes a while before Bloom and Delevingne actually develop chemistry. But it’s recommended; a period costume drama on acid, and as strangely carnal as it is solidly and politically aware. As one politician in it says, “The chaos of war has brought a new swarm of refugees to these shores.” And as one of the beguiling faerie women says, “A racist with a hammer is killing us where he finds us.” For all its fantasy elements, Carnival Row is raw with germane relevance.

Also airing: 17 And Life Doesn’t Wait (Thursday, TVO in Ontario, 9 p.m. and nationally on tvo.org) by director Maureen Judge is a vivid, often wrenching look at life through the eyes of three teen girls. The three are in their final year of high school, and getting ready for the world outside. Of the three, some are happy and optimistic while others have dread lurking in them. The doc is wonderfully nuanced and at times heartbreaking. The matter of the suicides of teens they know comes up.

Shot over nine months, 17 And Life Doesn’t Wait is no snapshot. It delves deep into its subjects as they deal with daily life, rejection and family tensions. All three emerge as unforgettable figures. 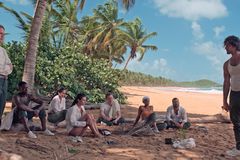 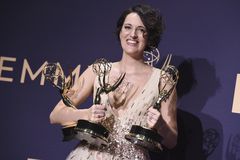 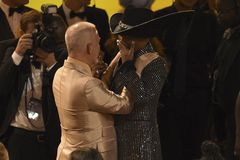