CBC executives and on-air personalities pitched the public broadcaster as a potent platform for advertisers at its annual Upfront sales presentation, seeking to arrest a drop in commercial revenues and gain more control over its fate during an election year in which its federal-government funding may become a campaign issue.

CBC/Radio-Canada president Catherine Tait began the presentation to Toronto-based ad buyers Wednesday morning by promising that the broadcaster is making “a renewed commitment to growing commercial revenue. We want to be the masters of our own destiny, and reinvest in more great Canadian news and programming. And you are all key to this shared future.”

The remarks, while not unusual at an Upfront event – the annual industry spectacles where broadcasters try to woo advertisers and pin them down to big-ticket purchases in advance of the fall season – were a departure for the CBC, which has traditionally emphasized its role as a feel-good, community-building public service. And they come on the heels of Conservative Leader Andrew Scheer musing in an interview with The Canadian Press this week that, if elected, he might look at the CBC’s effect on commercial entities that compete with the public broadcaster for advertising dollars.

But Ms. Tait is not the only new face at the CBC shaking up its approach. The commercial-broadcasting veteran Barbara Williams, who was most recently the chief operating officer at Corus Entertainment Inc., which owns the Global Television Network and a raft of specialty channels, became CBC/Radio-Canada’s executive vice-president of English services May 1. Wednesday’s Upfront marked her coming out, and she wasted no time reminding the audience that her commercial relationship with them goes back years.

“I’ve worked with a lot of you folks here from the advertising industry, and I do understand your needs, and I do know your challenges, and I’m committed to supporting you,” she pledged. She noted that CBC podcasts are downloaded 20 million times a month, “and there are ads in those podcasts for you!”

Ms. Williams also said of CBC News, “News is live, PVR-proof and a completely brand-safe environment for you and your clients.”

She also spoke of a “spectacular news offering on Snapchat [where] … 68 per cent of that audience is under the age of 24. We know you’re trying to reach a younger demo. We have it for you.”

After she brought out the four hosts of The National, she prodded the West Coast-based Ian Hanomansing to talk about how the show was performing in Metro Vancouver, where he said it sometimes beats the local viewership of CTV National News.

Later, during a segment promoting the CBC’s new Listen app, which will feature 175 streams of music as well as more than 20 audio series when it rolls out this fall, the Toronto-based host of CBC Radio’s Metro Morning, Matt Galloway, promised the service would be “advertising-friendly.”

A number of TV shows launching next fall promise what the industry calls “content integration," or in-program promotional opportunities, including Battle of the Blades, the hockey-player and figure-skater competition show which the network axed five years ago amid budget cuts, and Family Feud Canada, a nightly domestic version of the long-running game show to be hosted by comedian Gerry Dee.

The show pits members of two families against one another, as they are asked to provide the most popular answers to a series of quizzes. The original Family Feud, hosted by the flamboyant British actor Richard Dawson, who famously made a habit of kissing each female contestant, aired for 10 seasons on ABC-TV’s daytime schedule, beginning in 1976. The CBC noted the format has been adopted into domestic versions in dozens of international territories.

In an interview with The Globe and Mail, Ms. Williams said the show would serve as more than mere entertainment. “Canadians love to know about each other. And they don’t, always, really know how we live in one part of this country and another. And through some fun and some comedy, we will allow Canadians to say: ‘Gee, that’s how they think about things there; that’s how they answer the question there; they’re a lot like me; wow, they’re different than me.’ That’s why it will work.”

During a mock game of Feud that concluded the presentation, Gerry Dee said that 100 Canadians had been asked what the best things were about the show coming to the CBC. The top two (mock) answers? 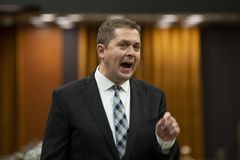 Anna Maria Tremonti leaves CBC’s The Current after 17 seasons
May 28, 2019 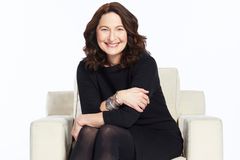