While speaking at an event in Toronto this week, Catherine Tait, president and CEO, CBC/Radio-Canada, was asked about what message she wanted to leave with the audience and with Canadians. Among her answers was this: “Keep communicating with us.”

Fine. Here goes: It is increasingly difficult to take CBC TV and its management seriously. It offers a lot of mediocre content. It seems to pay no attention to ratings. The flagship national news program is a continuing shambles. And the CEO seems oblivious to the need for clarity on multiple issues.

In the matter of clarity, it is downright bizarre what happened after that event. Tait told Simon Houpt of this newspaper that the public broadcaster is open to production partnerships with Netflix. Since October, the entire Canadian industry and public have had the distinct impression that Tait was withdrawing CBC from deals with Netflix, a platform that had introduced some CBC content to a vast, sometimes appreciative, international audience.

According to Tait, “That was incorrect journalism. I was misquoted.” Now, on what planet does the president and CEO of a major broadcaster allow a significant misinterpretation of corporate policy to go unchecked from October to late January? On shambolic planet CBC.

Such conduct is jejune to an exasperating degree, and implausible. A more likely scenario is that the no-thanks-Netflix policy met with bewilderment and was, of necessity, reversed without acknowledging it was reversed. Another possibility – one can only speculate about what carries on at the level of CBC shambles and shenanigans – is that the new federal government found CBC’s entreaties for more and more funding a bit baffling, since CBC TV is turning down the opportunity to partner with a streaming platform that spends billions on content. Possibly the phrase “Cutting off the nose to spite the face” was used. If so, it was apt.

That event featured the CBC president in conversation with CBC personality Arlene Dickinson – hardly the foil and questioner the occasion demands – and Tait’s topic was summarized as, “Staking Our Ground: Preserving Canada’s News and Culture in a Digital World.” I watched all of it online. It was not quite as painful as watching The National trying to be relevant on most nights. Not quite.

Tait’s outline of CBC’s role amounted to an eccentric synthesis of self-regard and platitudes. CBC is a public broadcaster, right? Oh indeed: “Our investors and shareholders are the Canadian public.” How do you make the case for the CBC in this vast digital world? “It’s a world of disinformation,” you know, and CBC has standards on that stuff. Why, CBC represents “social cohesion and nationhood.” And why should people watch such fare as the comedy Kim’s Convenience? Ah, Jiminy, you know that show illustrates “our tolerance of immigrants.”

What? Here’s news for CBC TV and its bosses: Nobody watches TV out of patriotism. Most of what Tait said was sanctimonious blather, a vapid attempt to wrap all of CBC in the warm glow of public-spirited zeal, as if it were all about singing campfire Kumbaya.

The Canadian public is not a community of gullible children and open to watching TV content all eyes-glistening with the fire of patriotism. Kim’s Convenience must be funny and entertaining TV first. It’s not a public-service announcement. Often it isn’t funny; it wobbles as a construct, which bespeaks a lack of discipline and rigour at CBC TV. Besides, CBC does not have a monopoly on diversity. To suggest that is to ignore that vast number of programs, on everything from U.S. networks to streaming platforms, that feature immigrant families and characters.

Speaking of news, the announcement that The National is being rejigged again coincided with Tait “staking our ground.” Rather late in the day, the format built around a four-person team is being recognized for what it is: a confusing, maddening mishmash that leads a shrinking audience to feel they’re not getting a definitive, authentic roundup of the important news of the day. The National is not, as some people claim, an act of demagoguery. The CBC president is the one who indulges in that. It has been scattershot, oddly paced and deeply confusing. As a way of summarizing the day, it has been a farce.

One of the attention-grabbing changes to CBC TV since Tait took over is the arrival of the game show Family Feud Canada on weeknights. One can see the logic of it – a popular show bringing in advertising revenue and acting as a platform to promote other CBC content. One part of that isn’t working.

On a night in early January, when CBC was launching its winter season of new and returning dramas, about 430,000 watched Family Feud Canada at 7:30 p.m. That’s a good number. When the drama Burden of Truth returned at 8 p.m., it had 265,000 overnight viewers. At 9 p.m. CBC debuted the late-sixties-set spy drama Fortunate Son and it drew about 270,000 viewers. As you can see, a lot of viewers flee as soon as Family Feud Canada ends.

The drama Fortunate Son, a distinctly Canadian story and anchored in a part of our recent history, is what the CBC president thinks we should watch and be grateful for. It would have way more viewers if it were as gripping and adult as it could be, and as much of the competition for viewers is.

A shambles is what CBC TV is at the moment and under such leadership, we can hardly be surprised. Take note CBC bosses: Viewers are communicating through their indifference. 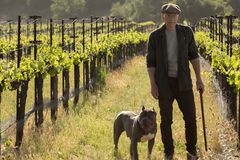 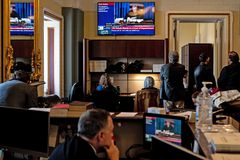