When CBC launched Street Legal in 1987, there were a lot of high-octane legal dramas on TV. Top of the heap was L.A. Law, a sexy, sizzling hit. And Street Legal was ours: Idealistic lawyers fighting the good fight in Toronto, dealing with Canadian law and Canadian issues. Downtown Toronto was front and centre.

There were shenanigans galore as it became more soapy and more anchored in Bay Street big-business razzle-dazzle. At times it veered toward camp – and you weren’t always sure it was meaning to do that.

If you’re looking for the same vibe from the rebooted Street Legal (CBC, starting Monday, 9 p.m. ET), you’ll be disappointed. Not so much idealism and a lot less Toronto. Me, I watched the opening two episodes in growing disbelief. And then, after a few minutes, it dawned on me – as it was meant to: This is the Cynthia Dale Show. As Olivia, one of the additions to the original Street Legal team of characters after the first batch of episodes, Dale played the ruthless legal live-wire to perfection. For this iteration she’s the central focus. Boy, is she ever.

As the series opens Olivia is a hotshot lawyer for some big firm that includes her name, and she’s suing a pharma company. All fast cars, impeccable outfits and aggressive attitude, Olivia wields her tongue like a butcher’s knife. It exists to tear you to pieces, cut you down to size or, possibly, send you running away in fear.

I imagine a conversation with Olivia would go like this:

Olivia: “This is real and you don’t have what it takes!”

Olivia: “I just want what’s mine!”

The Olivia part of that dialogue is taken directly from the first episode. I get it: Dale is playing Olivia as a strong woman, uncaring about niceties, and a model to young women everywhere who need a role model to climb the corporate ladder and eviscerate every sad-sack male and mousy female on the way up. Thing is, it sometimes feels as if Dale is emoting and enunciating from the stage at the Stratford Festival rather than the set of a TV drama. You are almost dared not to be in awe. The character is better lit than anyone else and the camera is so smitten with her face you expect a marriage proposal.

This overwrought quality distracts somewhat from the actual story line, which is up-to-the-minute relevant. Olivia is suing that pharma company because it hid the addictive essence of a drug that is, in the show, like an OxyContin-type destroyer of lives. The seriousness of the circumstance is telegraphed in a rather old-school opening in which a voice-over talks about the history of heroin while a certain chap looks for his mom in a drug den.

The grimmest of tales: In new HBO Michael Jackson documentary Leaving Neverland, testimony that the star was an abuser

Watch this and gasp: Oscar-winner Free Solo is a stunner

Are we back where we started on the old Street Legal? With all that youth and idealism? Not exactly. There’s a certain amount of contrast between the goals of the young legal team and Olivia’s practised ruthlessness. For a start, they are too close to the pharma case because one, Adam (Lund), is the guy whose mom is an addict. Also, one of the other younger lawyers fails to protect a client who is found dead of an overdose soon after a legal meeting.

Mostly, though, it seems to be a matter of Olivia using scorn to get these youngsters ready for the arena of cutthroat, cold-blooded legal warfare. The most willing is Lilly (Ricketts, who is excellent) and, aside from Olivia, Lilly is the only character of depth in the opening episodes.

A lot has changed in TV since the original Street Legal aired. Even in network TV. Thus, some of the dialogue here seems clunky. Dated. Some scenes are simply overcooked, all shouty melodrama. It’s not that this new six-part series is truly bad. It just lacks the charm of the old series and hasn’t made up for that with another kind of oomph. Apart from Dale’s dazzling look-at-me turn as Olivia, which has a limited lifespan as entertainment, it’s very ordinary, so-so TV drama. 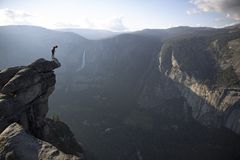 Opinion
The grimmest of tales: In new HBO Michael Jackson documentary Leaving Neverland, testimony that the star was an abuser
Subscriber content
March 4, 2019 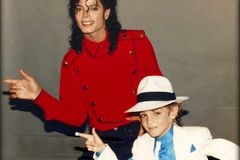 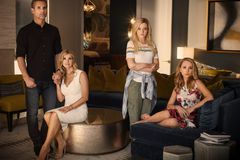