Among the categories of niche TV in Canada, British TV content is probably the least niche of all.

As long-suffering readers of this column will know, I didn’t start writing about television today or yesterday and over the years I’ve learned a few things. For instance: Back when this paper had a local TV guide magazine, it was known with certainty that the vital information for the holiday period was the time and broadcaster of the Queen’s Christmas Message.

There’s a fierce appetite for British content and this time of the year makes the appetite even keener. Several streaming services specialize in British content, and at BritBox they know their onions – as they say over there, on this subject. They just pour out programmes for the holidays.

BritBox Canada offers a strange – nay, bizarre, lineup of themed programming. Some of it isn’t connected to the season at all, but meant as a treat for avid consumers of British TV. Among its odd offerings is The Sweeney, Seasons 1-4 (streams from Dec. 13), which is a newly remastered (and never-before streamed) rendering of the classic BBC cop show from the 1970s.

John Thaw and Dennis Waterman star as the London coppers dealing with (mostly) violent crime. Shot on 16mm film, The Sweeney is startling today, visually and dramatically. Everybody drinks heavily and chain-smokes, and London in the seventies looks dingy to the point of being sinister.

Much-loved and admired, the series dealt rather subtly with the dubious tactics of a police force that was then under great suspicion for corruption. The lead characters are honest, but everyone around them seems crooked. It was immortalized in the Squeeze song Cool for Cats: “The Sweeney’s doing ninety 'cause they’ve got the word to go/They get a gang of villains in a shed up at Heathrow.”

You can also watch the 21st season of the much gentler Midsomer Murders on BritBox (currently streaming). The Lights Before Christmas: Estates Aglow (from Dec. 22) is one of those slow-TV indulgences that is truly niche. It’s simply footage of “the most impressive holiday decorations from stately homes across the U.K.” You could be mesmerized, obviously.

The really big deal is Gavin & Stacey Christmas (Dec. 25). In fact, James Corden’s announcement of the return of Gavin & Stacey for a Christmas special has been named among the most retweeted tweets of the year in Britain. What is it? Well Gavin & Stacey is a gently daft but truly funny comedy that was written by Corden and Ruth Jones, who also play significant supporting roles.

It’s very simple, really: Gavin (Mathew Horne) is English and Stacey (Joanna Page) is Welsh, and when they become a couple, their universe expands to include relatives and friends on both sides. Endearingly low-key, it erupts into farce regularly but never strays from its roots in ordinary Middle England and Middle Wales. Nobody is glamorous and there is no biting edge to the comedy. It’s considered a classic over there.

BritBox also has a Christmas-special episode of Hold the Sunset (streams Dec. 25), John Cleese’s first BBC sitcom since Fawlty Towers ended four decades ago. Hilarious, it is not. In fact, it’s so slow-moving and paced it is a true anomaly.

It’s not a Cleese creation, and you can tell. He plays Phil, an older, retired chap who gets romantically involved with neighbour Edith (Alison Steadman). Phil thinks they should marry, more for financial sense than romantic reasons, and maybe run away and live somewhere sunny and warm. Nice plan, but children, relatives and neighbours keep getting in the way of this plan.

The scenes run long, with loads of droll dialogue. It’s not a barrel of laughs, but at times exceptionally well-crafted. One of its interesting merits is that it handles the matter of older people dealing with their grownup children, and being rather fed-up with the midlife crises of people they are supposed to love, but can barely tolerate. That is a holiday theme, and not niche, wherever people gather for the holidays. Over there or over here. 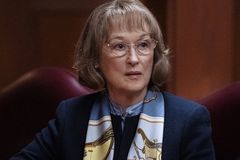 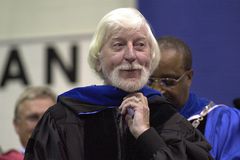 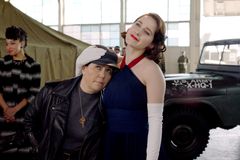