For reasons of habit and routine, perhaps, the TV procedural about chasing serial killers is back. Also returning is the true crime epic about the crazy-clever killer. Next week, NBC has The Widower, a three-part, three-night indulgence. “It features unprecedented and exclusive access to the alleged killer playing cat-and-mouse not just with investigators, but with NBC Dateline’s cameras,” the network says.

At a time when viewers are looking for smart, uplifting distractions, this comeback seems very odd. In particular, the gross fetishizing of the bodies of murdered women is an unlikely grabber right now.

In that context, what makes Clarice (starts Thursday, CBS, Global, 10 p.m.) worthy of any attention is of course its pedigree. It’s about Clarice Starling, the central figure in the movie The Silence of the Lambs. It’s a sequel of sorts, but not connected to the other TV and film adaptations that featured the classic movie’s other central figure, Hannibal Lecter. CBS doesn’t own the rights to the Lecter figure, apparently. Thus, Clarice must match wits with lesser ghouls and, naturally, male colleagues who don’t appreciate her skills.

It’s all very muddled. The series opens a year after Clarice (played here by Rebecca Breeds) has battled the Buffalo Bill killer, with the help of profiling done by Lecter and rescued victim Catherine Martin. That was the climax of The Silence of the Lambs. Here, Clarice has spent a year out of the spotlight, doing behavioural science work and recovering from the trauma. Almost instantly she’s summoned to Washington by the attorney-general, who happens to be Catherine’s mother. There seems to be a serial killer targeting women, and Clarice is told to work with an FBI team to help solve the case.

There should be a lot going on here, in terms of character and theme. And yet, not so much. It’s clear that Clarice is a victim, too, suffering from PTSD. But there’s no texture and everything is telegraphed to accommodate the speed and efficiency of a network TV show that has about 44 minutes of actual storytelling. This Clarice is a tiny figure and the male colleagues loom over her. When given a jacket and gloves at a crime scene, a cop sneers, “They don’t really come in your size.” Her boss on the new team makes it clear he doesn’t want anything fancy from her and, when she speaks to the media, “You will say what I tell you to say.”

There’s all that – poor, tiny Clarice who just wants to stay in a basement office and read files. She’s deeply troubled, but all we get is plot, and a mere 12 minutes into the first episode the camera lingers way too long on the body of a murdered woman found in a river and lingers on what’s been done to her.

Some backstory is crammed in. Clarice kept in touch with the families of Buffalo Bill’s victims, but not with Catherine (Marnee Carpenter), whom she rescued alive. Catherine calls her, but Clarice doesn’t want to talk. Instead, she has visions of grimly beautiful moths. And she has flashback visions of Buffalo Bill’s monstrous acts.

The first episode moves quickly to an oh-my-God moment when Clarice has an insight into the new case. Then there’s an action sequence. But the case isn’t what anyone thought and it will be a continuing storyline. In the second episode, there’s an entirely different storyline and one assumes the series eventually returns to the unsolved mystery of the first.

The series was made in and around Toronto and some good Canadian actors are featured, including Shawn Doyle as the malevolent shrink assigned to interview Clarice regularly to assess her state of mind. Also, you’ll find Raoul Bhaneja featured and young Maya McNair has the plum role of Clarice as a child in flashback scenes. It’s just a pity that the series turns out to be a fairly ordinary CBS police procedural with grisly content.

The Silence of the Lambs begat a vast amount of material focused on evil-genius serial killers. It also turned its author Thomas Harris into a hot property. The movie sequel Hannibal had Anthony Hopkins reprising his role as Lecter and Julianne Moore played Clarice Starling, the iconic role first handled by Jodie Foster. That did great in the box office, but it wasn’t a critical hit. Later came NBC’s baroque and beautifully dark Hannibal series, a prequel in which a disturbed FBI profiler Will (Hugh Dancy) works with a shrink who happens to be the secretly evil Hannibal Lecter (Mads Mikkelsen).

It makes business sense to build a series around Clarice, but not much more than that. In the current atmosphere, the show seems an outlier and tasteless. The problem can be summed up in one piece of dialogue. When Catherine calls Clarice to berate her, she tells her: “You think you can rewrite the story. But you can’t.” True that. 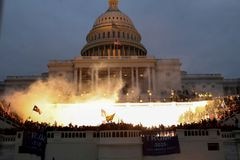 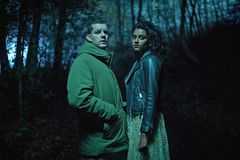 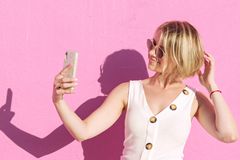