The other day, Facebook was much in the news. “Facebook shares take historic plunge as scandals take a toll” was the headline in this newspaper. You probably know the gist of the story – the social-media colossus reported slowing growth and acknowledged that millions of users in Europe had abandoned the site after revelations about private data being misused.

Oddly enough, the day after the news broke, Facebook continued undaunted with its plan to operate as a platform for TV-like content. On Friday, it launched its most ambitious production on Facebook Watch, a drama series called Sacred Lies. (Find the Sacred Lies page on the site, follow it and you can watch episodes.) And this is just the beginning of an attempt to Netflix-ize Facebook. In production is a series starring Catherine Zeta-Jones as a ruthless pageant coach.

Sacred Lies unfurls new 30-minute episodes every Friday at 9 p.m. ET. Eventually, you can binge-watch the series. And what you’ll see is a lavishly made and rather grim mystery. It’s not bad, but it’s not outstandingly brilliant, either. Adapted from the young adult novel The Sacred Lies of Minnow Bly by Stephanie Oakes (the adaptation is by Raelle Tucker, a writer on True Blood and Supernatural) it seems a bit derivative and yet, has a compelling power of its own.

That power is mainly rooted in the lead actor, Elena Kampouris, who plays teenager Minnow Bly. The series opens with Minnow looming over a badly injured man. She stares, apparently uncomprehending at the police who arrive and when she raises her hands in the air, it is clear that she has no hands at all. (This is a reminder that Oakes’s novel is in part inspired by the Grimm fairy tale The Handless Maiden.) That’s the starting point for two connected stories unfolding with some intricacy.

First, there is the prison drama. Minnow is incarcerated and starts telling her story in pieces to prison roommate Angel (Kiana Madeira). Her story is that her father joined a cult and the entire family was under the guidance of a man called The Prophet. They all lived in the woods in a commune. Then the commune burned to the ground and only Minnow was left standing, alive. Meanwhile, the FBI sends Dr. Wilson (Kevin Carroll), a forensic psychologist, to investigate Minnow’s story. That’s the second level of the narrative.

On the evidence of the two episodes sent to critics, Sacred Lies is a good, multilayered drama, although the vaguely supernatural quality to Minnow’s past is milked a bit too hard. Its main audience would be teenagers but at the same time it has elements of very adult sophistication, especially in the ambiguous quality of Minnow’s culpability in all that has happened in her past.

Exactly what Facebook is aiming for is also ambiguous. Sacred Lies is a weekly show and that seems a backward step when consumption habits are changing rapidly, and forever, in the streaming universe. Unless the series becomes a massive cult hit in a very crowded content arena, it will be part of the evidence that Facebook is a platform gone awry.

An interesting coincidence is the fact that Impulse, the best series offered to date on YouTube Premium (now available in Canada and previously called YouTube Red) is also about a teenage girl, another survivor-figure struggling to understand what has happened to her.

Impulse is mainly about Henrietta (Maddie Hasson), a high school kid who uses a lot of marijuana to help deal with a mom who moves from one town to another following after unsuitable men. Everything changes when Henri has a seizure at school and she realizes she has special and frightening abilities. What unfolds is, however, far from the usual story about people with super-powers. One early episode, in which Henrietta uses her powers to react against sexual assault, is both terrifying and powerfully provocative.

Made in Canada, Impulse has familiar figures Shawn Doyle and Callum Keith Rennie in lead roles. But it also has an excellent younger Canadian cast, with Enuka Okuma, Daniel Maslany and Keon Alexander all doing outstanding work in difficult roles.

And with that, I leave you for a break of a few weeks. Enjoy what you watch and be kind to others in this often hate-filled world. 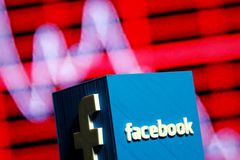 Facebook faces a day of reckoning, at least on Wall Street where stock price tumbles 19 per cent
July 26, 2018 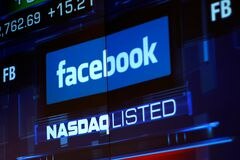 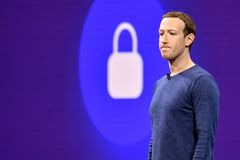