Television may be in a golden age, powered by channels and streaming services spending billions of dollars to chase critical acclaim and savvy audiences, but new data show this country’s broadcasters are in frantic retreat, cutting back sharply on original scripted programming created by and for Canadians.

And as domestic broadcasters kick off their annual Upfront presentations beginning Wednesday, unveiling the big shows they hope will snare viewers in the fall, the union representing Canadian TV and film writers is raising the alarm over what it calls a “shocking” decline.

The pullback is occurring as Canadian shows such as Schitt’s Creek, Kim’s Convenience, Letterkenny and Cardinal gain ground outside the country on services such as Netflix and Hulu.

Data provided exclusively to The Globe and Mail by the Writers Guild of Canada (WGC) indicate the three major English-language commercial broadcast groups have cut their Canadian scripted commissions between 24 and 68 per cent over the past five years.

“Domestic production is in a death spiral, and that’s because the private broadcasters have gotten out of the business of making Canadian content,” said Maureen Parker, the executive director of the Writers Guild. “It’s really quite shocking.”

Bell Media - which owns CTV, Crave and other channels - commissioned 71 hours of scripted narrative programming certified as Canadian by the WGC in 2018, down 51 per cent from the 146 hours it ordered in 2014, according to the Guild.

Rogers Media - whose channels include CityTV and OMNI - commissioned 35 hours in 2018 according to the Guild, a decrease of 24 per cent from the 46 hours it ordered in 2014.

And the broadcast assets now gathered under the umbrella of Corus Entertainment Inc. - which owns Global TV and dozens of specialty channels - commissioned 111.5 hours in 2018 according to the Guild, down almost 68 per cent from 346.5 hours in 2014. Those calculations include the TV properties Corus bought from Shaw Media in 2016.

Meanwhile, English-language programming commissioned by the Canadian Broadcasting Corporation increased 2.4 per cent, from 176.25 hours in 2014 to 180.5 hours, in 2018.

A spokesperson for Bell provided alternative numbers, noting that broadcasters track when programs go to air rather than following the WGC’s practice of tracking when they are commissioned. Bell’s count indicates its channels aired 191 hours of new certified Canadian scripted programming in 2014 and 100.5 hours in 2018: a drop of almost 48 per cent.

A Rogers spokesperson noted that not all of the company’s Canadian programs were necessarily scripted by WGC members. Corus said it could not verify the WGC’s numbers, but ignored requests to provide its own figures. CBC confirmed the WGC’s numbers reflected its own count.

The slump reflects figures released earlier this spring by the Canadian Media Producers Association (CMPA), which showed a 10 per cent year-over-year drop in the dollar value of independent Canadian scripted TV production, in the year ended March 31, 2018.

The drop comes as foreign services such as Netflix and Hulu boost production of what is known as “foreign location and service” programming, which uses Canadian crews but generally does not involve Canadian writers, directors, lead actors or key producers. That type of production soared 26 per cent in 2017, helping to send the overall value of TV and film production to a record-high of $8.92-billion.

But Canadian content from independent producers comprised only 34 per cent, or $3.04-billion, down from 39.1 per cent the previous year, or $3.3-billion.

The president and CEO of the CMPA suggested the shift provoked an existential question. If Canadian producers lose out on the ability to own or capitalize on intellectual property developed by Canadians, “essentially we’ll become a branch-plant industry," Reynolds Mastin said.

It’s time screenwriters stopped being the butt of all jokes
Subscriber content
April 11, 2019 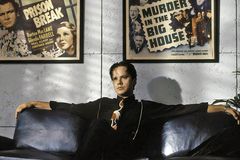 Why Canada’s reputation as a kids' TV production powerhouse is under threat
August 28, 2018 Opinion
Will the CBC find its raison d’être? Not likely
Subscriber content
April 5, 2018 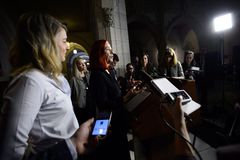