In the annals of great and tragic failures, the recent truncated evacuations from Afghanistan will loom large. A recent headline in The Globe and Mail declared, “Almost half of Canadians disapprove of Trudeau government’s handling of Afghanistan evacuations.” The story explained that less than 5 per cent of Canadians highly approve of the federal government’s efforts to evacuate Canadian nationals and Afghan refugees.

Revulsion is not limited to here and the government in power now; it is universal and, the world over, there is a sense of woebegone vexation about the failure of numerous governments in numerous countries. How could this happen? What went so wrong over there?

Ghosts of Afghanistan (TVOntario, Wednesday, 9 p.m. and after that, any time on TVO.org and TVOntario’s YouTube channel) is the most arresting take, offering doleful answers to those questions. If all is not quite explained, then the queasy sense of foreboding that we should have embraced certainly is.

The first words spoken are “I’m heartbroken,” and then, “It was a disaster.” The speaker is former Globe and Mail correspondent Graeme Smith, whose unerring and sometimes unforgiving eye on Afghanistan was developed during his years covering the conflict there for this paper. Or “the years of smelling death,” as he describes it. Here he returns to the country where he stayed on after Canadian troops ended their combat role in 2011, working for non-governmental organizations and the UN. He knows the place and its frailties and fault lines intimately.

On his return for this documentary (written by Julian Sher, a former producer for CBC’s the fifth estate, with Smith and Natalie Dubois) before the chaotic evacuation, he notes the pervading sense of fear in Kabul. Then he offers both vivid reminiscence and encounters with key figures there, as a way of explaining what went so terribly wrong. The Kabul he entered in 2006 he describes as “a crazy, frontier town.” Then he offers a succinct, potted history of the Taliban from the time of the doomed Soviet takeover, to now.

What’s truly striking is his recollection – one that resonates with grim irony now – of the sense of the allied invasion of Afghanistan being “a good war,” done for the right reasons and done from the vantage point of the high moral ground. “I was swept up in this fantasy,” Smith says. But then what he saw did not always adhere to what the military bosses were saying. They told him that what he was seeing wasn’t true, and there was a different way of seeing it. What he was seeing, away from the cities, was a deeply conservative people putting up with invasion, not really comprehending or savouring it.

Smith caused an uproar when he reported on the torture and abuse of prisoners in Afghanistan. It was “a turning point for me,” he says. But he began to worry, too, about the safety of those who helped him report. A local human-rights worker named Ansari, who was crucial to his reporting at one point, was seized by the Taliban and beheaded. Here he tracks down the man’s family and discusses that death. “I was trying to make a headline,” he says now with a complicated sense of self-reproach that, really, should be as universal as the distaste for that bungled evacuation. What Smith makes clear is that the real dynamics of Afghanistan society were buried under the fantasies of military leaders.

Smith also draws on a wealth of firsthand reporting and contacts to interview numerous players in the Afghanistan of the pre-evacuation period. These voices give credence to a key assertion – aid didn’t reach ordinary people, an elite has done well, and war is good, profitable business for some players.

Most heartbreaking are the interviews with young women who have expectations big and small. At Kabul University, a young woman explains that her dream for the immediate future is to be able to wear brightly coloured clothes. Even before the Taliban retook the country, she was reluctant to go too far. “When I wear orange socks,” she says, “too many people stare at me.” Her rueful smile about that seems ominous now.

From the opening, when Smith gazes out over a landscape and says, “I almost died in this valley,” to the late scenes of cocky Taliban commanders ensconced in a luxury hotel in Qatar, Ghosts of Afghanistan is a trenchant take that will make you rethink and offers fresh insights that might make you even more woebegone about Afghanistan and what happened there. 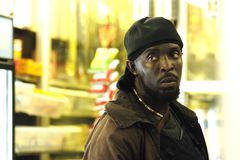 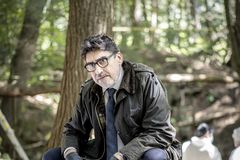 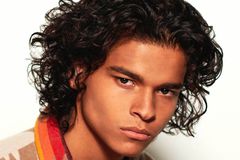