The reach of Anthony Bourdain was as vast – and his audience as huge – as he was well-travelled.

To most, by the time of his death on Friday at the age of 61, Bourdain was best known as host of Parts Unknown, the award-winning CNN travel series. But, to me – and likely to most of the people who also found themselves shocked to the point of near-paralysis at the news of his death, apparently by hanging – he wasn’t a celebrity, a TV personality or a social-media star. He was the best food writer in the world. And I would apologize to other working food writers if I weren’t so sure that they would (eventually) agree with me.

To be clear: Bourdain was not, as of 2018, a full-time food writer. He wasn’t ever. But in 2000, he wrote Kitchen Confidential: Adventures in the Culinary Underbelly – the visceral, crass, gritty, horrifically candid, wholly captivating, utterly consuming memoir of his early life as a lover of food, as a cook, as a chef and as an addict. It fundamentally changed the way we – and I mean people who, like me, sometimes write about food and travel, but also those who work in restaurants, who eat in restaurants, who make policy that has to do with restaurants – thought about eating outside your own kitchen. It was also a masterclass in memoir. Bourdain wrote it with a linguistic wizardry – a high-level verboseness and preternatural knack for storytelling that’s somehow balanced with an almost disarming approachability – that leaves the reader in awe: “Wait a second ... this guy’s a cook?”

I read Kitchen Confidential in almost one sitting over the Christmas break of 2008. I had received it as a gift from my boyfriend at the time, who didn’t include a card, but instead stuck a little rectangle of paper into the book’s first pages that read, “Because it seems appropriate.” It was. At the time, my interest in food – in eating, in cooking – had only just taken seed, and I was four months away from graduating from Ryerson University’s journalism program. And I, like Bourdain, really liked smoking cigarettes. All signs were pointing toward a future in which I’d be writing about food – but that I’d want it to be a bit rough around the edges, too (although I myself was not, despite my best efforts).

A lot of us wanted to be Bourdain. Who wouldn’t? Even in his Kitchen Confidential days, his life – “sex, drugs, bad behaviour, and haute cuisine” – seemed radiant. Part of that was his telling of it, a portrait of the restaurant industry’s seedy, masochistic, problematic underbelly that Bourdain later admitted he felt some culpability for having glorified. Later, as the host of A Cook’s Tour, then No Reservations, The Layover and eventually Parts Unknown, Bourdain’s life seemed even more enviable – he went everywhere, ate everything, met everyone. And he was able to maintain an air of authority because he never approached anything as though he wasn’t simply trying to learn.

Bourdain’s life was not a bacchanal. He was serious about understanding the intimate, economic and historic intersections of food and the people who make, grow and eat it. He was just as serious about telling those stories in a way that didn’t involve himself too much. I don’t know if he’d ever call himself a journalist, but in another life he would have made a good one.

There was never an ounce of objectivity to Bourdain. He was always paying attention, and therefore always angry. He called everything and everyone to account. He was outspoken when things were less than perfect; his work increasingly told stories of injustice and inequality. Bourdain approached the world with a rage that was fuelled by an irrepressible empathy, and a selflessness style – there was no branded merchandise, no line of pasta sauces, no namesake restaurant, only the fundamental truth that you’ll get more out of your own life if you put effort into understanding what life is like for others.

The first time I talked to Bourdain was in 2010, and I was shaking scared. We spoke on the phone, and I had more to ask him than was relevant to the reason for our call, which was the release of his follow-up to Kitchen Confidential. I talked to him twice after, always on the phone. There are things he liked talking about – where he’d been lately, what he was planning for dinner, what he was angry about that day – and things he wouldn’t entertain, such as food trends or celebrity chefdom.

In 2010, one thing he was happy to entertain was a conversation about smoking. He’d quit not long before, after 38 years, and I asked him why: Was it so food would taste better? So he could be more active? So he’d live longer?

Bourdain said no to all of the above. If it were only up to him, he said, he’d keep smoking forever – self-care was never really his thing. He only wanted to make life better for his daughter.

The timely and tragic lessons to be learned from celebrity suicides
June 8, 2018 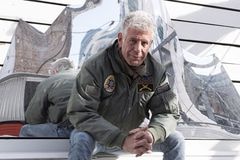 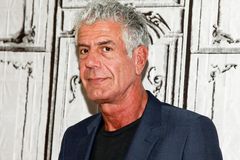