If you can figure out exactly what’s happening in the ceaseless voting on, and rejection of, British PM Theresa May’s Brexit plan, you’re a better person than me.

But we can all figure out that a central sticking point is the border between Northern Ireland and the Republic of Ireland. No hard border, says the EU. What tosh, say the hard line pro-Brexit fringe in the cuckoo’s nest of confusion and uproar that is now the Palace of Westminster. The latter wants Northern Ireland sealed off as part of Britain and not open to that obstinate EU team member, the Republic. Both the Republic and the EU say that border has a devastating history attached to it. Does that matter, you might ask.

The sealing of the border between the two parts of the island of Ireland was at the heart of an outlandish and murderous plan concocted in 1975 by British intelligence. This is what we are told in an extraordinary and searing new documentary on Netflix.

ReMastered: The Miami Showband Massacre (streaming on Netflix Canada) is a startling, disturbing exploration of one of the worst atrocities of the Northern Ireland Troubles. As grimly unsettling as the account of that atrocity might be, what has come in ripples of revelations since then is truly repugnant. The terms “collusion” and “state-sponsored terrorism” turn up.

The atrocity happened on a lonely road late at night in July, 1975. The Miami Showband, a top pop act in Ireland north and south, was returning from a gig in the town of Banbridge in the North. Like other entertainers, they played regularly on both sides of the border. There was an appetite for escapist entertainment, especially in the North, as sectarian violence engulfed the area and the British army failed to contain the terrorism.

One of the survivors, bass player Stephen Travers, who was badly wounded, later testified he was certain that a British Army officer, one with a distinct accent, seemed to be in charge on that night. His assertion was briskly dismissed as it was asserted and then proved that the Ulster Volunteer Force (UVF), a sectarian terrorist organization, had actually stopped the band. The plan was to plant a bomb in the van that would explode later. It exploded prematurely and the shooting started.

Travers, a remarkable figure of great dignity and perseverance, is the central figure in the documentary. He left Ireland for London and anonymity after the atrocity. Years passed, and as the sectarian violence ended and peace arrived – mainly because of the lack of a border – questions were raised about what exactly the British Army, backed by British intelligence, had been doing in Northern Ireland during those terrible years.

This weekend, one dark Brit classic and two great HBO comedies to savour

There were accusations from disillusioned officers in British intelligence that, under guidance from senior figures in the British government, the Army had colluded with local sectarian gangs to kill IRA members and, further, to manipulate public and political opinion on both sides of the border by facilitating and encouraging acts of terror that killed innocent victims.

What the doc asserts and Travers believes – with considerable evidence – is that the Miami Showband massacre was an official British intelligence operation gone awry. It’s likely there was indeed a senior British officer on the scene. The plan was to plant the bomb, have it explode later and thus reveal the musicians, who would all be dead, as cohorts of the IRA who moved deadly bombs around. The hope was that this would persuade the government of the Republic to seal the border.

It was a cockamamie plan of murderous intent. And as outlandish as it sounds, it is matched in preposterous malice by the actions taken against British intelligence whistleblowers who complained that what was unfolding in Northern Ireland was state-sanctioned terrorism. One was confined to psychiatric hospital. Another was charged with a murder he didn’t commit and spent years in jail.

The cast of characters and the number of twists is mind-boggling. There is the UVF member known as The Jackal, now considered Ireland’s worst mass murderer and believed to have killed 50 Catholics. There is Margaret Thatcher claiming to know nothing of pernicious acts she was warned about. There is former mayor of London and Labour MP Ken Livingstone making dramatic accusations under parliamentary privilege. There is the revelation that the UVF allegedly contacted the Irish prime minister in 1987 and asserted that, among other things, it had carried out the Miami Showband massacre under the direction of the MI5 branch of British intelligence.

In the midst of it all is Travers, from Tipperary in the Republic, who just wanted to play bass in a band and have people dance to the music. He points out that his own father joined the British Army to fight in the Second World War. He didn’t care much about the border and now is part of its devastating history, and knows why it matters. 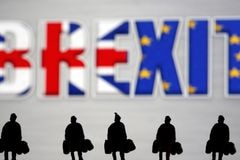 Canadians in Britain warned of possible ‘acts of violence’ linked to Brexit
March 29, 2019 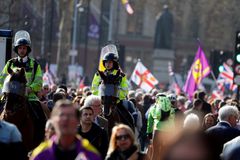 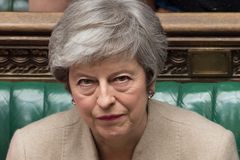