I was reading in one of the big American papers the other day that there’s a “looming economic boom” in the post-pandemic period. Many corporations and individuals will benefit, apparently.

Tell that to the pangolins of this world. There aren’t many left, and they are on the extinction list. The scaly anteater is the most trafficked mammal on the planet. In some countries it is believed that its scales have medicinal value. They don’t; there’s zero evidence of that. But in the looming economic boom, more people will have more money to buy those scales, which are often accrued for sale by boiling the creature alive.

Extinction: The Facts (Wednesday, PBS, 8 p.m.) is one of the most terrifying programs of the year. And not because there are scenes of animals being slaughtered. Rather, it’s the pervading sense of dread. The show is the latest work by David Attenborough, and it makes no concession to your mixed feelings about economic progress at any cost being a good thing. There is nothing mixed about the feeling of exasperation that is the engine of the documentary.

At age 94, Attenborough has been making programs about the natural world for decades. Think back now to his earlier nature series and you probably remember the warmth in his encounters with animals, all described in his velvet voice. Here, his intention is to slap you in the face. Animals are becoming extinct at 100 times the natural rate. One quarter of all plants are at risk of dying out. Ten per cent of insects are in the same bracket. Whose fault is this? Ours. As one of the many experts who appear in the program says, “We are the asteroid that’s causing many species to become extinct.”

What makes Attenborough’s hour of hard facts even more pressing and alarming is that it was made last year, while the pandemic was scaring large parts of the world into lockdown. Yes, that meant that some people got reacquainted with nature, as the sound of birdsong was suddenly eloquent in urban areas. But Attenborough links the matter of widespread extinctions with the possibility of yet more viral mutation and species transfer, a development that could lead to one specific extinction, and that’s us, the arrogant onlookers to the diminishment of biodiversity.

In a way, the one-hour program is a necessary corrective for Attenborough. He seems acutely aware that viewers have taken great pleasure in his multiple series – The Blue Planet and Planet Earth being the most famous – and wants to counteract their lazily benign gaze. He doesn’t say it directly himself. It is biologist Kathy Willis who says, “We’re not just losing nice things to look at. We are losing critical parts of the Earth’s system.”

Of course, there is a striking visual impact here, too, but the dramatic footage is of devastation, from floods to fires, and of our ceaseless encroachment on nature. It’s alarming, in the manner of a screaming siren. There is formidable melancholy, too, in the way the program portrays the world’s last two northern white rhinos, a mother and daughter, in Central Africa.

In fairness to Attenborough, Extinction: The Facts does offer some rays of hope. In a deeply personal but powerfully illustrative gesture he reminds viewers of a program he made during the 1970s, in which he visited a diminishing band of mountain gorillas in the area where Rwanda borders the Democratic Republic of Congo. The population of that band has increased to more than 1,000 now from only 250 then, because there has been a resolute and sustained conservation campaign. He is seen with the offspring of a young female he met all those years ago.

He says this: “I may not be here to see it, but if we make the right decisions at this critical moment, we can safeguard our planet’s ecosystems, its extraordinary biodiversity and all its inhabitants.” It’s a glimmer of optimism but the hour is shot-through with pessimism about a looming crisis that will have an impact on everyone from the innocent pangolin to the guilty, greedy human race. 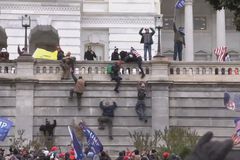 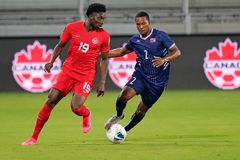 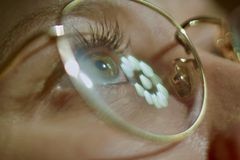