Something has shifted spectacularly since the streaming wars began – there’s an audience open to foreign-language drama and comedy, and there’s an acceptance of subtitles. Maybe it all began with the wave of Scandinavian-noir thrillers that are best watched, for atmosphere and subtlety, in the original language. Or maybe the turning point was the propulsive, addictive Money Heist, from Spain, but the upshot is a tolerance for stories from other countries told in other languages.

Two recently arrived thrillers offer entertainment and compelling insight into the culture and politics of places that are remote from us and only register sometimes as the source of dramatic news stories. Both are linked, thematically, in that they are about politics and tensions that are personal and part of a cultural ambience.

Dom (streams Amazon Prime Video) is a new eight-part thriller (Portuguese, with English subtitles) that could be summarized simply as the story of a father and son who are on conflicting sides of the war on drugs in Rio de Janeiro, Brazil. Based on a true story, the focus is on Victor (Flavio Tolezani) and his son Pedro Dom (Gabriel Leone). When the drama starts, in 1999, Pedro Dom is at a wild party in a Rio favela. There are guns, drugs and people having sex in alleyways. Victor, a cop in the drugs squad, sets out to bring his son home, with guns blazing if necessary.

In the ensuing and uneasy reunion Victor decides to tell his son and the world his own story and he begins writing it on his home computer. The narrative then shifts to 1970 and Victor is a young man with little on his mind but the beach and improving his diving skills. He wants nothing to do with politics – a military junta is running Brazil – but when he’s approached to help “the Colonel,” he has little choice. Soon he’s reporting on drug smuggling for the police intelligence service and, eventually, is unsure who is controlling what part of these drug operations. Even a waitress who seems very interested in him romantically is not who she seems.

In the present, Pedro Dom breaks free of his dad’s influence and becomes the leader of a criminal gang famous for its spectacular robberies. The series touches nominally at first on Brazil’s journey from totalitarian state to fragile democracy, and then more emphatically, asking questions about where the lawlessness that Pedro Dom revels in has come from. It’s not the first time that the unearthly beauty of Rio has been presented as concealing an intense depravity and corruption, but here it is seen as a ceaselessly generational malignancy.

Fatma (streams Netflix) is from Turkey and was described by Netflix’s director of original content for Turkey as “a punch in your stomach” and as a parable about “how you deal with life as a woman in Turkey.” Well, yes. It has a disorienting tone and a heft that comes from a very unconventional storytelling source. The central character Fatma (Burcu Biricik) is at first a meek, put-upon wife working as an almost invisible cleaning lady. Her husband has just got out of prison – it’s not clear what he did – and hasn’t turned up at home. Fatma is looking for him; she needs to tell him that their disabled son has died. Harassed, threatened and quietly livid, she begins committing murders. At first, she’s not even defending herself, she’s just enraged, and then she begins protecting herself from detection. As she discovers, being a cleaning lady means hardly anyone even notices her. She’s emblematic – a woman of a certain age and demeanour who has become utterly inconspicuous.

The character has internalized everything, which makes this a very tricky role, but Biricik is superb and you cannot take your eyes off her. There is something at the core of the character that is very hard to reach and yet you know it’s there, buried under trauma and honed by an almost feral survival instinct. Fatma isn’t a killer with a heart of gold, or an avenging angel; she’s suffering a visceral pain. The six episodes (in Turkish with English subtitles) are unlike anything you’ve seen in ages. 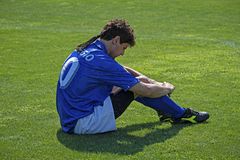 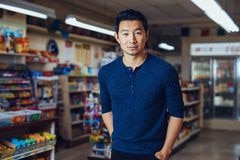 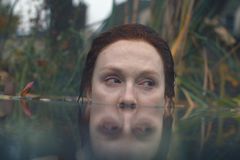