Today, two very great and important productions to recommend. So keep reading to the end.

First, some versions of reality TV programming can have a positive impact. They can educate and open your eyes. They can change cultural and political assumptions. Even smugness can be undermined.

Such is the case with the first-rate and formidably eye-opening First Contact (APTN, Tuesday, 7 p.m., continuing Wednesday and Thursday, same time.) It’s a simple exercise in taking a small group of Canadians – all with strong, hard-baked opinions about Indigenous people – on a 28-day exploration of Indigenous Canada. The series promises, “It is a journey that will turn their lives upside down, challenging their perceptions and confronting their prejudices about a world they never imagined they would see.” That’s true, and it’s a necessary exercise since their views are, regrettably, not marginal but probably closer to the mainstream than many of us would admit. It’s just that the attitudes are rarely uttered in public.

You want attitude? Here’s how some of the participants feel about Indigenous Canadians. “They get all this money and handouts.” “They want us to feel sorry for them.” “I didn’t create the residential schools and force anyone into one.” “It’s just a whole bunch of partying and flop houses”

These are not the views of elderly cranks. Several of the group are in their twenties and two are in their early thirties.

The six travellers begin their education in Winnipeg. Local activist Michael Redhead Champagne offers some advice in what’s ahead. The six then visit and stay overnight with local Indigenous families who, it happens, live in pleasant, prosperous suburbs and not in the squalor and chaos some of the visitors expected. (This is a baby-steps process, obviously.) In Winnipeg they also work with the Bear Clan patrol, which works to keep Winnipeg’s North End streets safe, and with Drag the Red, which takes on the sobering task of helping to solve cases of missing and murdered Indigenous women by searching the Red River, and the riverbank.

It’s in the remote Inuit community of Kimmirut where things begin to truly shift. Imagining a community wracked by drugs and alcohol they find a hard-working tightly knit little town that relies on the land and the water to provide for them. One of the most vocally skeptical participants – a man with a conviction that Native Canadians are scamming him and the federal government – goes shipping at the local store: “Eleven bucks fur a bottle of Ketchup! It’s disgusting the prices these people are paying.”

Not that it is a journey of sweetness and light, away from dark and deeply held prejudice. By the third episode (airing Wednesday), the weary travellers are in Calgary, and the idea is to have them acquainted with life on the streets, and then they are in an Edmonton prison to learn about life on the inside for Native prisoners. For some participants it’s a matter of hardening attitudes rather than melting hearts. A visit to Ahousaht First Nation on Vancouver Island challenges what some have long assumed about the leadership in such communities. The episode is called “The Road to Healing” but that might be optimistic. You have to judge for yourself.

Made by three production companies for APTN and narrated by George Stroumboulopoulos, First Contact is both educational and gripping, an often nervy journey to places and prejudices that need to be seen and heard. Unsubtle at times, but salient.

You Are Here: A Come From Away Story (HBO Canada, Crave TV, Tuesday 9 p.m.) is a lovely, moving and wise film about the real people behind the story told in the hit musical Come From Away. That is, the airline passengers stranded in Gander, N.L. on Sept. 11, 2001 and the locals who took care of them.

Filmmaker Moze Mossanen does a wonderful job of telling the story chronologically, following events as they unfolded and finding a fresh perspective on what is a well-known, epic tale of kindness and conviviality. Mostly that’s seen through the eyes of people who were there, now remembering with awe and ruefulness. There is plenty of excellent, illuminating archival footage and the sheer scale of the embrace of the strangers becomes clear. Mossanen has said in interviews that although he thought he knew the story, "I was actually more surprised as to how deep their act of kindness went and how it manifested itself.”

The memories of the passengers and plane staff are often priceless. “All I saw was trees and rocks and nothing,” one passenger says of landing in Gander, mystified about where he was. Another on an Air France plane talks about the confusion when an airline employee announced, “All the satellites have been shut down.” People thought she meant “shot down” and visions of apocalyptic destruction briefly ensued.

It’s a beautiful little film, a grave but often droll and timely reminder that the solace of kindness exists even in the most painful, frightening circumstances. 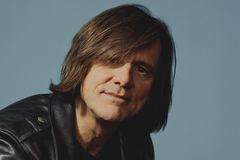 Sarah Palin and the ascension of reality-TV culture into the political culture
September 4, 2018 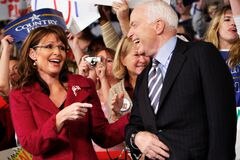 Mayans M.C.: This son of Sons of Anarchy is a tremendous blast
September 5, 2018