There’s a hashtag going around social media, a thinly veiled challenge: #ShowUsYourRoom. It’s photos of the staff in television writers’ rooms and it provides visual evidence of what has and hasn’t changed in the immediate aftermath of the #TimesUp movement. Are there more women and people of diversity? Yes – but we’re seeing the rooms that participated. What about the rooms that didn’t?

Let’s not forget the egregious screw-up Variety made in mid-June, when its event, A Night in the Writers Room, featured 11 men and one woman. The push-back was immediate and Variety corrected its mistake, adding 13 more women to its panels. As well, screenwriter Liz Hannah (The Post) put together an all-woman event of her own. But Variety’s tone-deafness was notable, especially since it was also sponsoring an event called – ahem – Path to Parity: Eliminating Gender Bias in Media & Entertainment.

I spent this past weekend at the 2018 Toronto Screenwriting Conference asking female showrunners and producers if they’ve seen changes in their professional lives. Is Time really Up? Or is this a blip, lip service until we can get back to business as usual?

Allana Harkin, a lead producer and correspondent for Full Frontal with Samantha Bee, believes that the era of women in the entertainment business wondering, “What do the men want me to be?” is over. “The great work of #MeToo and #TimesUp has put a fear in the right people,” she says.

She’s careful to note that she’s Canadian, an incorrigible optimist and has attained a position of power. But she believes things are changing for young women entering the business, too. “Not everyone will feel [the positive changes] all the time,” she says. “But we’re asking for the basics here: a more professional and safer workplace, where women are comfortable and can be creative.”

Stacy Rukeyser, the showrunner of UnREAL, maintains that people in Hollywood – showrunners, networks and studios – are eager to hire more diverse people, in their staffs, crews and actors. “But the people I talk to are nice people,” she says, laughing. “There’s an excitement to mentor people, to make sure new people are coming into the pipeline at every level, who can then work their way up. A lot of us want more – more female stories on the air; more complicated, flawed characters; more people of colour; more LGBTQ voices. It’s better television.”

Hannah Cheesman, the actor/writer/director/producer whose hit web series Whatever, Linda is being developed for television with Bell Media, says that more women in Toronto are producing, writing and directing things now than they were when she started seven years ago. “This year I did a role on Schitt’s Creek and Jordan Canning, a woman, was directing half the episodes. Before #TimesUp, I don’t know if that would have happened.”

And Lauren Corber, who produces the web series How to Buy a Baby, believes that “a dialogue has been commenced. My colleagues and I are having conversations about a lot of things we thought we were dealing with on our own. Women are banding together to support each other. I truly hope that continues, so we will take over the world.”

They assure me that flirting and joking at work have not ended. They tell me that rooms run by women are friendlier to pregnant women and writers with families. They say that showing emotions – crying over heartbreaking stories – is more acceptable now. They all say some version of, “Sorry to be so positive!”

“But,” says Sarah Glinski, the showrunner of Degrassi: The Next Class and the upcoming tween series Holly Hobbie, “many people still think women characters can only be one thing. On Holly Hobbie, I had to convince people that a character could be good at math and science, and still want to be a cheerleader.”

“But,” Cheesman says, “I co-created Whatever, Linda with a man and if we co-write a script, some people still think he did the work. And men can fail and be given more chances. Women have to hit it out of the park or it’s game over.”

“But,” Corber says, “when I achieve success, people are still surprised. And I am, too.”

“But,” Harkin says, “I have a hard time finding empathy for, ‘Come now, not all men are bad.’ Just let things be equal! White men, you will not get broken. You were given the golden keys thousands of years ago. You’ll be fine.”

“But,” Rukeyser says “opinionated women are still called shrill. Shows about male characters are still taken more seriously. Shows about women are ‘guilty pleasures,’ and don’t come up in awards conversations.” And, she adds crucially, “some men out there are hoping all this will blow over.”

And yet (and I am fearlessly going to call this a woman thing), everyone I spoke to hastened to insist – always circled back to, made sure that they repeated – that most men are great, that many of their mentors were men and that their vision of the ideal workplace of course includes men. And not a few men: 50 per cent men.

Harkin: “We believe there has to be diversity and we’re including men in that. We’ve got amazing male writers who do a great job writing in Sam Bee’s voice. It only helps us to hire somebody as talented as that.”

Glinski: “No one is trying to say, ‘Now you can only have women or diverse showrunners.’ We’re not trying to make it unfair to anyone. We’re trying to make it more fair to everyone. Everyone wants everyone at the table, because everything gets more interesting when that happens.”

Rukeyser: “If I’m doing my job right, over 200 people feel our show is theirs. And the male/female dynamic is part of that. In Season 3, our lead character confronted a man who raped her when she was 12. But we deliberately made it messy: She told him she was 17. So it was vital to have many male points of view.”

Corber: “I want to have a representative set of people in front of and behind the camera. We work in the arts, this is what the world looks like, and we should reflect that.”

So do I end with “Brava, women?” Or does our concern for others make us our own worst enemies when it comes to achieving parity? I’m going to give you two options, one utopian, one a bit fiercer. Time will tell which prevails.

Ending A: “Imagine stepping into any workplace and it’s 50 per cent women and men,” Cheesman says. “Imagine there’s no longer stuff you have to dodge and strategize around, both externally and internally, about who you are and what you represent. Imagine if you could be less game-faced and more genuinely yourself. I think it would make for better work, from everyone.”

Ending B: “Do women have to come up with a strategy to contend with haters, so we can move forward?” Harkin asks. “It’s not for me to come up with. It’s for them to change. It’s not my problem any more. I’ve been strategizing my whole life to make them feel comfortable. Those days are dead.” 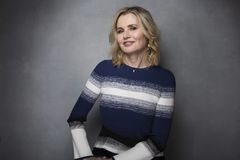 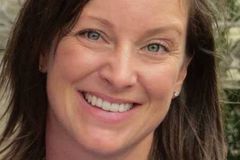