Huge dilemma in my house last week: frosting on the carrot cake or not?

You can go far on a chunk of carrot cake; it’s good fuel. But sweet frosting? Do I need that? I couldn’t ask my cat, Rita, for advice. She was asleep upstairs, her nose buried in my (currently not in use) gym shorts and T-shirt, her paws curled around the bicycle pump I use for the ball that I take to soccer practice. It would make the sweetest picture, that scene. Some people would take a photo instantly and share it widely. I hesitated.

Later I told my mother, via FaceTime, about Rita curled up there. Her response was this: “So the cat would rather smell you than look at you!” Later still, I relayed that gem of sarcasm to a friend, who said, “Sarcasm? Well you didn’t lick it up off the road, did you?” Regarding the frosting issue, the mother had said, “Go for it, as they say. You might as well.”

The upshot is this – I’m all for frosting, sweetness and sarcasm in reasonable amounts. We all need it now. Here’s a list of four dollops of sweetness, fun and cheery sarcasm to cheer you up.

Sanditon (The PBS Masterpiece stream on Amazon Prime Video, and later in December via PBS Passport) is an unguarded, thrillingly cockeyed adaptation of an unfinished Jane Austen novel. And fabulously distracting, lavish, humane, funny, romantic and sexy as all get-out. One Charlotte Heywood (Rose Williams) leaves the sleepy countryside for the glamorous new seaside resort of Sanditon, and her old dad says that in such places, “The normal rules of conduct are often relaxed, and even flouted.”

True. What Andrew Davies – who adapted and finished Austen’s fragment – adds is a cheeky, cheerful charge of eroticism that’s just lovely. The eight episodes build toward a volcanic eruption of lust that isn’t quite resolved. By the way, if you search the #saveSanditon hashtag you’ll find there’s a big and charming campaign for a second season and the fans have gone to extraordinary lengths to support it.

Chewing Gum (CBC Gem) comes from the mind of Michaela Coel, who made and starred in this year’s acclaimed HBO series I May Destroy You. This earlier comedy (two seasons of six episodes) stars Coel as Tracey, an East London shop assistant who is 24 and about to free herself from her deeply religious upbringing. Mainly, she wants sex and fun. This isn’t easily found. Her mom preaches in the street that lust is the devil’s own invention and Tracey’s sister wants a quiet life: “Let’s grow old and play Ludo together forever.” The series has a loopy logic to it and a buoyancy that’s infectious. There’s a touch of Fleabag to it, as Tracey addresses the camera often. You could say it’s about Black urban life in England, but its main aim is to be very funny and rude. Be warned, there’s a lot of blunt, jaunty talk about sex.

How To with John Wilson (Crave/HBO) is recently arrived and one of the most charming and zany series of the year. The premise of the six-episode series is spectacularly simple. Wilson, a documentary filmmaker, films New York street scenes obsessively, often finding the beautifully ludicrous. In each episode, he tries to research a topic – how to make small talk, how to cook a risotto etc. The combination of his offbeat remarks, droll self-deprecation and unusual encounters is addictive. It all looks unrefined and a bit clumsy, but deliberately so. This can charm the stone-hearted.

New Girl (seven seasons on Netflix) is adorable through its early seasons as it shifted from boilerplate sitcom to an endearing show about being good and kind and people taking care of each other. It’s so drenched in amiable nurturing that it could be mistaken for a Canadian series. The show had a killer pilot. Zooey Deschanel arrived as Jess, a young woman in a bad spot. Dumping her love-rat of a boyfriend, she impetuously moves in with three guys. Things then slipped a bit, but when the male characters came into focus, it’s gloriously good. The most intriguing character to become fully formed is Schmidt (Max Greenfield), a guy who will show off his six-pack abs at every opportunity. He thinks of himself as a Casanova and the coolest, most fashionable dude in Los Angeles Uproariously funny in multiple episodes. 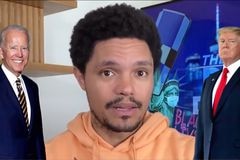 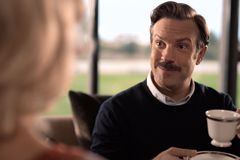 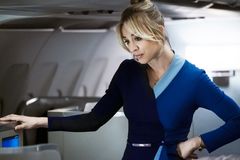