John DoyleTelevision critic
Published May 26, 2021 Updated May 27, 2021
For Subscribers
Comments
Text Size
Please log in to listen to this story. Also available in French and Mandarin. Log In Create Free Account

On Wednesday morning, just as a link for advance access to Friends: The Reunion arrived in my inbox, there was a message from the browser I was using: “Need a pick-me-up? This collection of joy lists will cut down on your hunt for a laugh or warm fuzzy feeling.”

Right, well, Friends: The Reunion (streams on Crave from Thursday) takes care of pick-me-up needs. It’s a sentimental journey, the type that clicks when times are tough. For some viewers, that is. For others, the importance given to Friends will seem inflated and irritating. What the 100-minute show amounts to is a fan festival, geared entirely toward people who had an emotional attachment to the sitcom and who still retain that attachment.

From the archives: Is nostalgia for Friends all about white privilege?

Who are they? First, those people who came of age during the show’s 1994-2004 run. They find relatability, and to young people in their 20s the idea that your friends are more important than your family was especially appealing. To the generation that discovered Friends later on, the show was like a cool antique, an institution similar to a museum that you visit to get context on how the world you live in was shaped. What many discover in that museum is that Friends was, essentially, a conservative show; politically and socially conservative.

It’s important to note that this reunion special is the work of The Late Late Show With James Corden producer Ben Winston, with Corden himself acting as ringmaster and interviewer. Both are British and in Britain they have an especially intense loyalty to Friends. It’s the U.S.A. they imagine, a benign, white place filled with handsome young people joshing merrily and endlessly engaged in romantic entanglements with each other.

The special is framed as a warm, fuzzy return to a sugar-high experienced in the past and it almost succeeds at that. The Friends – Jennifer Aniston, Courteney Cox, Lisa Kudrow, Matt LeBlanc, Matthew Perry and David Schwimmer – walk onto the recreated set and the memories gush forth. Aniston, Cox, Kudrow and LeBlanc are the most poised. Perry is the one who seems a little reluctant to talk about his time on the show, and little wonder.

The actor went through substance-abuse problems doing the role and he admits here that performing weekly for an in-studio audience unnerved him. “I felt like I was gonna die if they didn’t laugh. It’s not healthy for sure, but I would sometimes say a line and they wouldn’t laugh, and I would sweat and go into convulsions. If I didn’t get the laugh I was supposed to get, I would freak out.” The others aren’t truly comfortable with that kind of talk but make the necessary comforting noises.

If any revelations emerge, they are minor. Schwimmer, who has the air of someone a little haughty about the series that made him very rich and famous, reveals he hated the period when his character Ross had a monkey as a sidekick. Boy does he loathe that monkey. He’s like a now-polished older comedian who regrets he ever did vaudeville.

There are table-reads of scenes from popular episodes, a quiz and interviews. Several guest stars turn up, but there so many embargoes on revealing details in advance that it’s impossible to give a true sense of portions of the show. None of it is shocking or particularly surprising. It seems it can be mentioned that soccer superstar David Beckham loves the show but, really, who cares about that?

Not enough time is spent with the show’s creators, David Crane and Marta Kauffman, who streamlined the show to a remarkable degree. The single revelation is one that is no secret at all – the show clicked from the beginning because the actors had astonishing chemistry and made a point of nurturing that. It is still surprising today to be reminded that the six actors had never met before they sat down to do their first line readings together.

And yet that chemistry informed the sense of homogeneity that today looks unnervingly outdated, shallow and narrow-minded. Beneath the razor-sharp wit and the tenderness among the characters, part of the core appeal of Friends was a simple message: Stick to your own group, avoid strangers and discourage the group from opening up to outsiders. That’s the elemental conservatism of the series.

By today’s standards, Friends was strangely racially homogeneous, homophobic, transphobic and sexist. None of these issues are touched upon in the reunion special. Friends: The Reunion has a few amusing moments but it’s aimed at adoring fans who want a sentimental, unthinking journey.

Opinion
Discuss: Was 1971 the most important year in pop music and politics?
Subscriber content
May 23, 2021 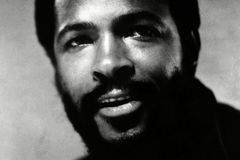 Opinion
In Treatment is back and where we all need to be
Subscriber content
May 20, 2021 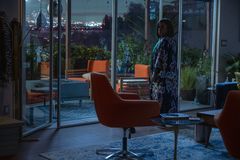 Opinion
Hacks: A tart, tight comedy with layer upon layer of meaning
Subscriber content
May 19, 2021 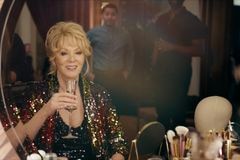