Now that you’ve seen Uncut Gems (surely you’ve seen Uncut Gems?), cleanse your palate and soothe your nerves with 2018’s Adam Sandler: 100% Fresh, the actor’s first stand-up comedy special since 2004. His star turn in the Safdie brothers’ breakout hit – also on Netflix as of Jan. 31 – has earned him critical acclaim and awards, if not an Oscar nod. 100% Fresh is a reminder that despite a decade-long run of bland, broad comedies, the Sandman can still make ’em laugh. The special is pieced together from a variety of stand-up sets in venues that range from theatres to clubs to a New York subway station. The content, too, is eclectic, all short spurts of observations and brief song sketches – essentially punchlines set to music. Loose and informal, 100% Fresh feels like goofing off with your funniest friend. If you’re feeling noncommittal and want to unwind, this one’s for you.

This indie comedy from 2014 largely takes place over the course of a single day, following two hapless friends/roommates as they undertake a perilous journey to the edge of Brooklyn. Harper and Allie (Bridey Elliott and Claire McNulty) are determined to make it to the beach, where they’ve promised to join a couple guys they met at a rooftop party the night before. Everything that could go wrong does, leading to a hilarious final twist that I won’t spoil. Elliott and McNulty are pitch-perfect avatars of youthful cluelessness, and filmmakers Sarah-Violet Bliss and Charles Rogers – the creators of the TBS sitcom Search Party – populate their world with sharply drawn supporting characters. Fort Tilden pokes not-so-gentle fun at a particular brand of twentysomething entitlement that will be familiar to fans of Girls. Like that series, the film has a deep well of existential dread at its core, which only sharpens its humour.

I have to admit, I was relieved when it was announced back in July that filmmaker Terence Nance would no longer be directing LeBron James in the upcoming Space Jam 2. Nance, who created and stars in this HBO variety series, has a sharp, offbeat sensibility that could only be dulled by the blunt force of a sequel to a movie inspired by a Nike commercial. Random Acts of Flyness is essentially a deconstruction of a variety show, shot through with barbed critiques of racial inequality and injustice. The show is frankly disorienting, see-sawing between violence and exuberance. Nance is playful with form – one bit takes the form of a Facebook Live video; another is a dark take on a children’s program circa the 1970s, hosted by a black-cloaked woman named Ripa the Reaper (Tonya Pinkins). Other segments are rendered in animation or claymation. But there’s an underlying earnestness, and urgency, to the series, which calls into question the efficacy of political satire even as it practises it. Try something weird tonight. 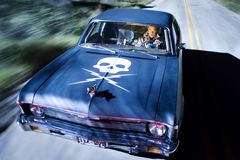 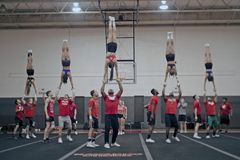