Dry January? That could well describe new TV comedy of the traditional kind. Laughs? I’ve had a few but then again, too few to mention.

At least there is one reliable comedy on-air now. Season 5 of Kim’s Convenience (Tuesday, CBC 8 p.m. and CBC Gem) arrives and it’s a darn miracle this new season exists at all. It was made during COVID times, with all the attached complications. Plus, as you have heard, in the recent period, Simu Liu, who plays Jung, went to Australia to star in Marvel’s Shang-Chi And The Legend Of The Ten Rings, which is too long a title to type on a regular basis, and Paul Sun-Hyung Lee who anchors the show as Appa, appeared in the second season of The Mandalorian.

These complications have hardly had any impact. Kim’s Convenience is now a sweetly machined comfort-comedy, a deeply pleasant diversion in which nobody gets hurt and the texture is light and airy. The series rattles along cheerily, cutting to the family dynamic for cozy comedy, with little bits of earnestness, and deftly switching to the antics at Handy Car Rental for comedy that has more ditziness and goofing around.

Mr. and Mrs. Kim (mom Umma is still played with a delicate sense of farce by Jean Yoon) have their own troubles at the beginning. Let’s just say a medical diagnosis that isn’t funny at all is expertly handled for forgivable laughs and yet is sure to loom in the future. Janet (Andrea Bang) is a bit full of herself – “Everybody embellishes their résumé, right?” having retuned from a trip to Africa and being a tad precious.

Meanwhile, events at the car rental company proceed with their usual absurdity. Manager Shannon (Nicole Power) is a more finely drawn character than before, and funnier. The Jung character’s absence is handled, at first, as a matter of him studying in California. Attempts at Skype sexy time between the two unfolds awkwardly. Andrew Phung as Kimchee breezily owns some scenes now and nails that lovable hoser persona with aplomb. Still, he can’t match Lee for physical comedy in the early new episodes.

The banter and absurdity remain fresh and yes, it’s a pleasure to see a family comedy, Canadian or otherwise, return with flair, and it’s certain to put a smile on your face.

The series arrives back at an odd time. Several new U.S. network comedies, delayed by the pandemic, are now on the air and there’s something baffling about the entire batch.

Call Me Kat (Fox, CTV, Thursday) is a ratings hit and that’s puzzling. It’s awful. Trite and slight, it has Mayim Bialik from Big Bang Theory as Kat, a 39-year-old single woman who owns a cat café. Cat and Kat – get it? There’s nothing wrong with old-school humour – Swoosie Kurtz and Leslie Jordan are in it too, trying to do very broad comedy – but this is shouty, shrieky and, so far, has no clue what tone it is taking.

Call Your Mother (ABC, Wednesdays) has Kyra Sedgwick as a smothering helicopter mom who moves to Los Angeles to keep a close eye on her daughter Jackie (Rachel Sennott) and son Freddie (Joey Bragg). Not much happens beyond exaggerated and unfunny stuff about mom not understanding kids today, or L.A., or social media. The central figure has no distinct personality and the show, at 30 minutes, seems to go on forever.

Mr. Mayor (NBC, Thursdays) has Ted Danson as a retired businessman who throws himself into L.A. politics and becomes mayor. Tina Fey and Robert Carlock created the series, but you’d never know it. It’s part bland workplace comedy (set at the mayor’s office) and part unfunny political satire. It looks like somebody decided on a whim to film an early draft of a comedy dreamed up many, many years ago.

What’s peculiar, first, is the list of talent involved in these shows – Bialik, Kurtz, Sedgwick, Danson and Jordan are fine comedic actors but working on what looks like lazily conceived, hastily made shows. The shows are all linked by one theme – older generation doesn’t understand life today. And on that theme, Kim’s Convenience beats them all. 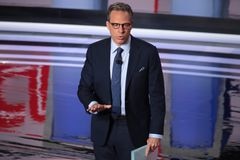 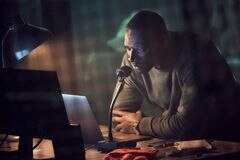 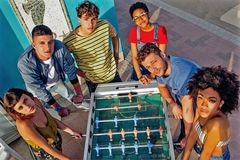