When thinking about the eighth and final season of Game of Thrones – which I’ve been compelled to do a lot of lately, and within time-crunched Sunday-night sessions to boot – one word keeps coming to mind: defeat.

Game of Thrones Episode 3 review: Bloody and brutal Battle of Winterfell may not look so good in the harsh light of day

Game of Thrones review: Episode 2 plays to the show’s strengths – but also trips on its blunt and eye-rolling dialogue

It is with this air of constant defeat, of inevitable suffering, that we take our first breath in “The Last of the Starks,” the fourth episode of Game of Thrones’ ultimate go-round. In last week’s episode, our merry band of Westerosi – and make no mistake, the extremely “foreign” land of Essos, from which the Dothraki and Unsullied hail, played little to no importance in last week’s Battle of Winterfell – vanquished the series’ gravest threat: the Night King and his army of the dead. But even though that triumphant moment, when Arya twisted her knife and saved the world, felt like a tremendous fist-pumping act of victory, it also felt ... odd. Early? Miscalculated? Certainly strange, and eventually disappointing.

From the series’ very first opening scene of the very first episode, Weiss and Benioff have been training their audiences to believe that the real threat in Game of Thrones is not the internecine battles for King’s Landing, but the looming spectre of supernatural destruction that lurked within the Night King’s realm. A deserved ending – one that Martin appears to be building to in his own work, however glacially – might be that an eternal winter is the only thing that the greedy, bloodthirsty people of Westeros deserved. All men, in other words, must die.

But last week’s episode “The Long Night” didn’t subscribe to that challenging and somewhat profound philosophy, so now we’re left to trudge on to yet another war between the living. Which just seems very ... small. Insignificant, at least. Benioff and Weiss at least seem aware of the narrative corner they’ve backed themselves into, although they also seem typically cocky about their chances of escaping it. “We may have defeated them,” Tyrion says of the Night King’s forces early in the episode, “but we still have us to contend with.” The show treats this line of dialogue as a thrilling preview of excitement to come. But I fear it will prove itself to be an empty threat.

Much of “The Last of the Starks” confirms this worry, as the battle of wills between, say, Sansa and Dany, or Cersei and Dany, or Jon and Dany, or Anyone Else and Dany felt far less significant (both narratively and dramatically speaking) than the battle between the dead and the living. Especially since Weiss and Benioff, who co-wrote this episode, have turned many of their leading characters into unrecognizable caricatures.

Dany in particular is getting the short end of the showrunners’ attention, as the once sharp, fascinating, and unlikely hero is now merely acting as a plot device in the series’ desire to get the story moving from Point A to Point B as fast as possible. (And things are moving incredibly, bewilderingly quick in this show’s final stretch, with Dany’s battalion making its way from Winterfell to King’s Landing in record time.) While someone like Jon has always been a drip of a character who existed to serve the story, Dany and even Cersei were once fully realized creations who were so compelling that the story served them. No longer.

Although the episode contained a handful of surprises – Dany has now blown her three-dragon lead thanks to Euron, the world’s most annoying pirate not named Jack Sparrow – it engineered the twists in a fashion that felt rushed, preposterous and insulting. (There is an entire other essay to be written about how Missandei, one of the series’ few characters of colour, had to die so two white women could start a war with each other.)

The episode’s first half felt like it was written and produced by actual human beings who had knowledge and compassion for Thrones’ characters. Its atmosphere of drunken salaciousness, from Jaime and Brienne finally getting together to Tormund’s cathartic threesome in response, was a nice complement to the last-night-on-this-earth emotions of this season’s second episode. And there were natural dramatic beats that honoured, rather than insulted, beloved characters. (There would have been hell to pay had the independent Arya decided to just run off with Gendry, for instance.) Plus, there will always be room in my heart for the filthy and excitable antics of mercenary Bronn, the closest Game of Thrones has to its very own Boba Fett.

Yet at about the episode’s 40-minute mark, when Benioff and Weiss seemed to suddenly realize that they only had two and a half episodes left to wrap this entire endeavour up, “The Last of the Starks” sped things forward at a ludicrous rate, tripping over itself in the process. Which is how we got so very many moments that felt off – from Brienne suddenly weeping over a man to an unusually impulsive Varys. Moments that felt like, essentially, tacit admissions of defeat.

“We have won the great war,” Tyrion says at one point to Jaime, but also almost directly to the camera. “But will we win the last war?”

Tyrion, my man: It is getting harder to care.

Opinion
Game of Thrones Episode 3 review: Bloody and brutal Battle of Winterfell may not look so good in the harsh light of day
May 1, 2019 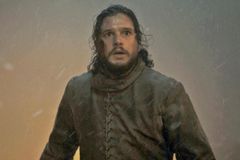 Opinion
Game of Thrones review: Episode 2 plays to the show’s strengths – but also trips on its blunt and eye-rolling dialogue
Subscriber content
April 23, 2019 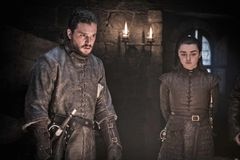 Opinion
Bloody but predictable Game of Thrones Season 8 premiere proves that, like all men, all expectations must die
Subscriber content
April 17, 2019 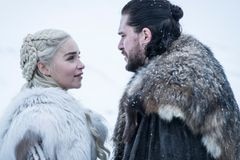