With its wildly successful premium cable series, HBO accomplished the unthinkable: making Dungeons and Dragons-styled high fantasy palatable to the masses. No longer the domain of dorks sheathing many-sided dice safely within their pocket protectors, ice-zombies and winged reptiles and incestuous royals are now big business. So it’s little surprise that other networks have attempted to cash in on Thrones’ success, accomplishing varying measures of creative (and financial) returns in the process. With Game of Thrones wrapping this season, here’s a survey of some shows that have attempted – or are planning – on capitalizing on cultural appetite for all things nerdy that Game of Thrones did much to cultivate.

The Globe’s Game of Thrones guide: How the show changed books and TV, and what comes next 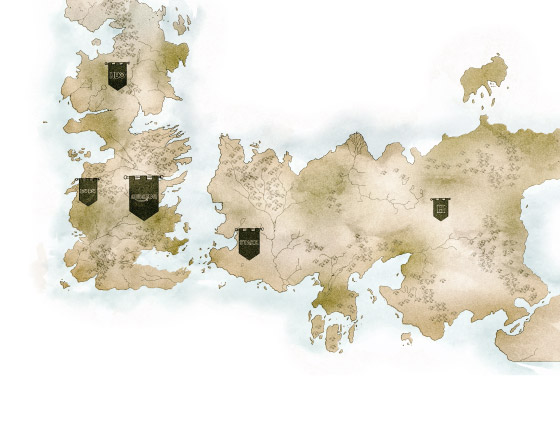 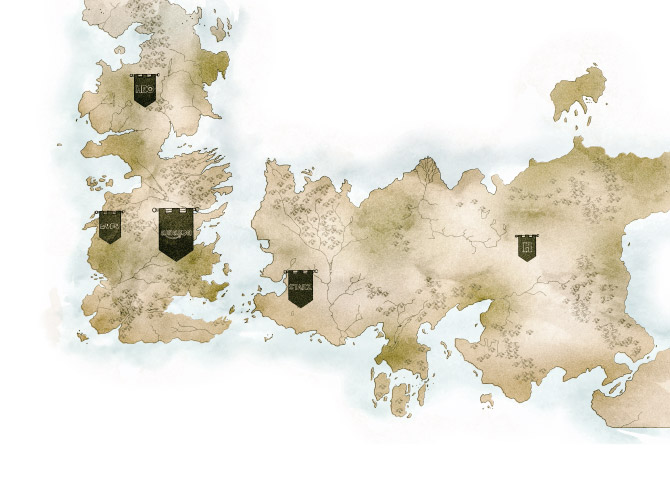 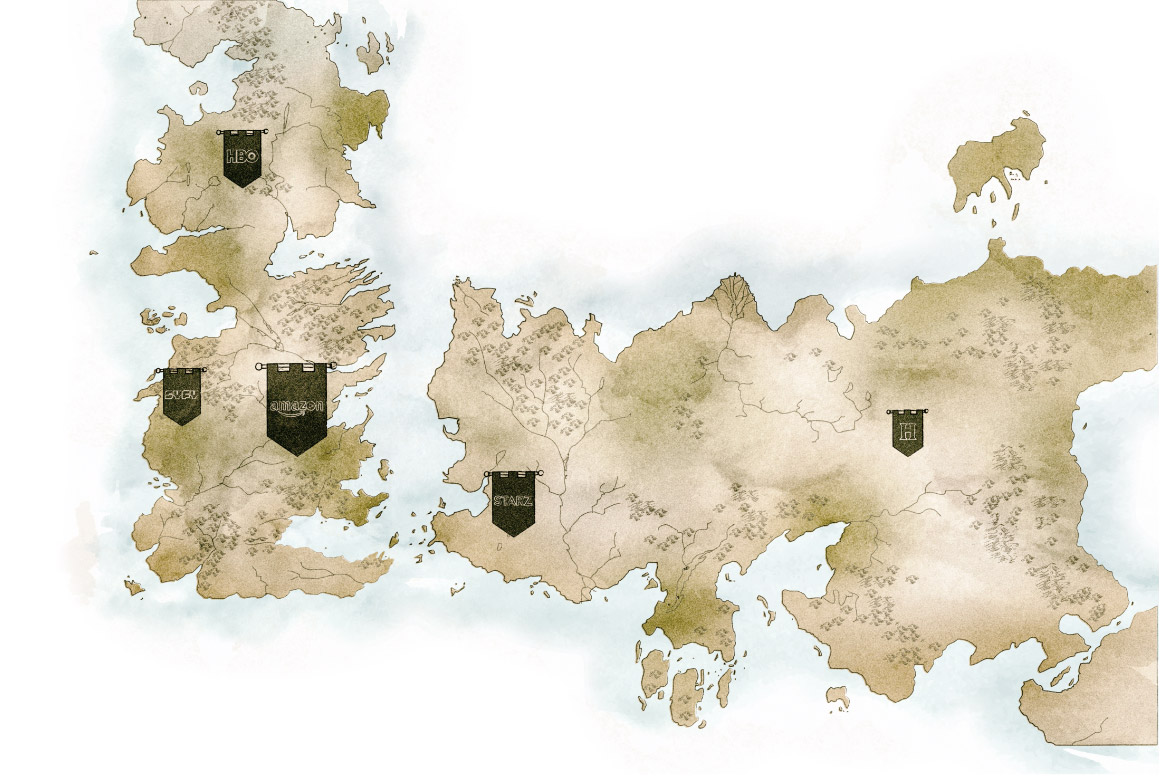 1. Lord of the Rings Prequel Series (Amazon Prime Video): In a way, the success of Peter Jackson’s Lord of the Rings film trilogy (and the more modest success of his follow-up Hobbit film trilogy) tested the market for a large-scale epic like Game of Thrones. Fitting, then, that viewers will be returning, post-Thrones, to the world of Middle Earth with Amazon Prime Video’s as-yet-untitled streaming series. Already trumpeted as the most expensive television series ever produced, this prequel lays its scene in the mythical “Second Age,” some years before the events of The Lord of the Rings films and source novels. It will focus on events drawn from author J.R.R. Tolkien’s extended Middle Earth arcana, including the rise of the evil wizard Sauron, the primary baddie from Lord of the Rings. Count on an alliance of elves, dwarves and men. Just not the same elves, dwarves and men that populate The Lord of the Rings. So don’t expect appearances from Frodo, Bilbo and the boys. But do expect plenty of juicy drama surrounding a young and – this being premium television and all – presumably very hunky Sauron. Any Game of Thrones diehards suffering from withdrawal following the final season’s finale may be more than willing to make the leap from Westeros (back) to Middle Earth.

2. Outlander (Starz): Based on Diana Gabaldon’s popular historical time-travel novels, and shepherded to the small screen by Ronald D. Moore (of Battlestar Galactica reboot fame), Outlander remixes the Thrones formula in interesting ways. Equal parts Downton Abbey, Doctor Who and Highlander, Outlander stars Caitriona Balfe as Claire Randall, a Second World War nurse swept back to 18th-century Scotland. There, she meets the dashing clansman Jamie Fraser (Sam Heughan), who draws her into the action and intrigues of the Jacobite rebellions. Like Thrones, Outlander grounds its fanciful premise in fully fleshed-out characterizations, and a rare depth of realism. But where Game of Thrones mythology (and geography, and ever-complicating webs of political chicanery) expands, Outlander remains tightly focused on the relationship between Claire and Jamie: a relationship which exploits a natural chemistry between the two leads, while avoiding the ickier, interrelated affairs of HBO’s inbreeding dynasties of heroes and villains.

3. Westworld (HBO): It may trade in crossbows and scheming siblings for six-shooters and machinating robots for, but a series like Westworld feels inconceivable without the groundwork laid by Game of Thrones. Both are adaptations of stories with an embedded fan base (George R.R. Martin’s phonebook-thick series of novels in the case of Thrones, Michael Crichton’s 1973 Yul Brynner vehicle in the case of Westworld). Both subvert the stereotypical expectations of their respective genres. And both inject the proceedings with HBO-levels of sex, violence and sexualized violence. Like Game of Thrones, Westworld has also nurtured maniacal levels of fandom. This is especially true online, where diehards perform Monday morning episodic post-mortems, labouring over every detail, and cobbling together imaginative fan theories. While it’s considerably more cerebral than the fantasy epic with which it shares a network home, Westworld plays right into the kind of obsessive viewing nurtured by Game of Thrones. In both cases, it’s not just enough to watch the show. Viewers feel compelled to constantly think, and post, and write about the show. For some, Westworld and Game of Thrones are (to paraphrase HBO’s slogan) more than mere television. They’re lifestyles.

4. The Expanse (Syfy, Amazon Prime Video): The proverbial elevator pitch for The Expanse seems straightforward enough: “It’s Game of Thrones…in space!” Set in a distant future where our solar system has been colonized, it’s less Star Trek-styled hard-sci-fi and more expansive space opera. Boasting its own bloated ensemble cast – led by Tom Jane, who bears a canny resemblance to Thrones stare Nikolaj Coster-Waldau (or vice-verse, depending where ones sympathies lie) – The Expanse casts its interplanetary power struggle against the backdrop of a looming threat. In Thrones, that threat takes the form of the White Walkers. In The Expanse, it’s the Protomolecule – an extraterrestrial force that dynamically spreads from one life form to another. Though it never became a Thrones-level cultural phenomenon, The Expanse developed its own dedicated cult following. Among its boosters: Game of Thrones author George R.R. Martin, who supported a post-cancellation lobbying campaign to see The Expanse picked up for a fourth season.

5. Vikings (History Channel): One of the slyest tricks Game of Thrones pulled was introducing its more fantastic elements so gradually that, at least for the first season or two, it almost played like more of a historical drama than a dork fantasy adventure. (Indeed, author George R.R. Martin modelled his story’s War of Five Kings on the War of the Roses, a 15th-century dynastic squabble that rocked England.) So it’s little surprise that Thrones’ success inaugurated a wave of gritty, violent, historical-ish dramas steeped in real-world mythologies. Leading the charge was Vikings, adapted from the Old Norse story of Ragnar Lothbrok, a historically-dubious figure heralded in Scandinavian lore for his raids against the Anglo-Saxons of early medieval England. It may not have the narrative heft – or fire-breathing dragons – of Game of Thrones, but Vikings had enough burly hirsute warriors clanging swords to satisfy any slavish Thrones fan struggling to slake their thirst for some chilly, frost-and-fur action.

Mainstream U.S. TV is not dead, nor is it the husk of its former self as some claim
April 7, 2019
The mythical unaired Game of Thrones pilot hints at just how easily things could have gone wrong
April 5, 2019
opinion
After Game of Thrones, what is HBO’s next big thing?
April 7, 2019