As you all know, the streaming services grow like weeds. There’s a new one almost every week. Some don’t enter Canada, though, and we’re left reading and hearing about hot new series that can’t be enjoyed here. Fact is, almost everything made by Peacock or HBO Max ends up here eventually on cable or local streaming.

Girls5eva (starts Thursday on W network, 9 p.m., with two episodes) arrives here a month late, with many rave reviews and being called the first must-watch comedy of the year. Well, maybe, but it sure is inventive, genial, funny and packed with more good jokes than some comedy series manage in two years.

The heart of the matter – and it has a lot of heart – is this: An all-girl one-hit-wonder band from the 1990s reunites and seeks success and succor while finding fame again in middle age. In the Nineties, during the era of The Spice Girls, En Vogue, B*Witched and others, they were called “girl bands,” but you couldn’t do that today. That’s part of the show’s texture and its point – this is about adult women. And if that era was awash in fiddle-faddle about “empowerment” while selling sexualized images of young women, this one’s scathing and wickedly barbed about the matter of women in entertainment reaching the career-ending age of 35.

What kicks it off is a not-implausible incident. Two decades after the band Girls5eva had fleeting success, young rapper Lil Stinker (Jeremiah Craft) samples the band’s only big hit, Famous 5eva, for his new single. Former band member Dawn (Sara Bareilles) hears the song on the radio. She’s very busy running her brother’s barely-afloat restaurant and figures there’s a royalty cheque to be found. The storyline snowballs quickly and there’s a reunion on NBC’s The Tonight Show, with Girls5eva backing Lil Stinker. Can they try again for real fame?

Yes, perhaps. The other band members are Gloria (Paula Pell), a workaholic dentist and just divorced from her wife. Summer (Busy Philipps) was the ditzy girl in the band and is now a mom and married to a former boy-band star who insists on living apart. And Wickie (Renée Elise Goldsberry, a Tony-winner for Hamilton), the only one who could really sing, seems to be a very successful online influencer. They’re all a bit battered by life and a bit angry. Another taste of the showbiz life will cure that, they think.

There are so many jokes packed in the half-hour episode, it’s ridiculous. Created by Meredith Scardino (Unbreakable Kimmy Schmidt) and produced by Robert Carlock and Tina Fey, it has zingers flying everywhere. It celebrates nostalgia for the Nineties while mocking the era. It touches witheringly on sexism – the original band was created by their manager, a ludicrously chauvinist old-timer. At the same time, it finds humour in the clichés of the music business. But the show’s strongest element emerges is when it alights on characters and situations that are adjacent to the all-female band. Dawn’s husband Scott, for instance, is a fitness addict devoted to cycling and really can’t cope with much beyond watching cycling races on TV.

There are recurring jokes, snappy dialogue and surreal moments, and a solid musical base here – while Sara Bareilles as Dawn is essentially doing the put-upon, straight-man role, she’s a vastly accomplished musician and Goldsberry, of course, has an astonishing voice.

But there’s another component to Girls5eva, one missed by the rave reviews in the U.S. media. In theme and tone it can be linked to such British movies as Calendar Girls, about a group of older women who created a cheeky nude calendar to raise money for a hospital. The vibe is the same, as plucky women stuck in ordinary banal lives, come together and make a statement about their power and fortitude. In this series, the jokes are flowing so fast you might miss the poignancy that smoulders beneath it. Come for the jokes and stay for the little moments of piquancy. Highly recommended.

Opinion
Canadian TV: How not to be proud of yourself
Subscriber content
June 3, 2021 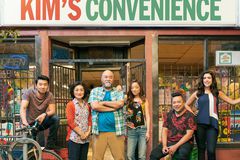 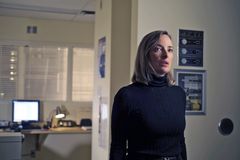