Every now and then along comes a fun series that takes your breath away. Well, mine anyway. The kind of series that is dazzling entertainment, then briefly becomes a repository of comforting clichés, then pivots to emotionally resounding originality, then makes you laugh and finally leaves you confused but well-pleased.

Such is Ginny & Georgia (now on Netflix, eight episodes). One layer of it is Degrassi dipped in acid, another layer is mom-and-daughter conflict comedy, plus there’s a painful coming-of-age angle and it’s all wrapped in a mystery story. Another angle to absorb is the fact it features a vast army of very good Canadian actors.

To begin, it’s about Georgia Miller (Brianne Howey) who packs up her kids, 15-year-old Ginny (Antonia Gentry) and nine-year-old Austin (Diesel La Torraca) and flees Texas after the death of her husband, to live in the very bourgeois town of Wellsbury, Mass. (Cobourg, Ont., stands in for the New England location.) They are quite the family. Georgia looks too young to have two kids. Turns out she had Ginny when she was 15 years old. This mom is all tight dresses, heels, swinging hair and sass. (Brianne Howey is superb.) Ginny seems subdued but cuttingly articulate. Little Austin is a Harry Potter expert and knows more than a nine-year-old should about adult matters.

Faster than you can say “I’m new in town” Ginny is having adventures with boys and drugs. Her new friends are a motley crew but well-drawn figures. Chief among them are the commanding, self-declared sexually fluid Maxine (played with zest by Canadian Sara Waisglass, who was in two Degrassi series), and the cocksure Abby (Katie Douglas, who also has a leading role on CBC’s Pretty Hard Cases). At this point the series is a smartly written teen drama featuring shockingly eloquent adolescents.

But it’s also a sharp satire of suburban moms. Georgia has many adventures among these desperate-for-control mothers. Chief among her sometime-enemies is Cynthia Fuller (played with aplomb by Canadian Sabrina Grdevich) who has political ambitions beyond her attempts to boss the school board. Thing is, Georgia has ambitions too, mainly to land the most eligible bachelor in town, Mayor Paul Randolph (Scott Porter). And Georgia is well-practiced in the wiles needed to land a well-off man. She seems to be that kind of figure.

Meanwhile, mind you, a mystery is simmering. How did Georgia’s husband die? Why is his family back in Texas contesting the will? The latter complicates Georgia’s shopping and lifestyle choices. We are given a hint about the dead husband’s proclivities in Episode 2, but there is a lot about Georgia, this rebel mom, that we still have to learn. Multiple flashbacks suggest Georgia was a teenager in trouble and fell in with a biker gang. Another young Canadian, Nikki Roumel, is very good as teenage Georgia in those flashbacks.

At the same time – try to keep up here – Ginny is indulging in self-harm and excelling in school but deeply confused about whether she’s attracted to the neighbourhood bad boy or the nice guy. As this unfolds, she’s reading her way through modern American literature and annoying her teachers with spikily progressive conclusions. (A lot is put on Antonia Gentry but she handles it with poise.) There are times when she’s alone but worried about being a mixed-race girl at Wellsbury’s mainly white high school. “I’m too white for the Black kids and not white enough for the white kids,” she says. And as one of her friends says, “Here, we have more Starbucks than Black people.”

The attractive thing about Ginny & Georgia is that it is written and produced with a remarkable assuredness. Yes, it might seem a curious mashup of other shows, in particular Gilmore Girls, Desperate Housewives, Suburbia and, yes, various versions of Degrassi. But this is no mishmash. It can be amusingly audacious about its own pedigree as a drama/comedy. “We’re like the Gilmore Girls but with bigger boobs,” Georgia tells Ginny when the daughter is a tad confused about what sort of family she’s in.

There’s a lot stuffed into it, and it can shift from one dramatic convention to another, but it never unravels as a smart popcorn-watch. Sabrina Grdevich, who is in it a lot, posted a photo from the series on social media last week and wrote, “Sincerely one of the greatest experiences on any set ever.” You can see why – the humour and energy are tremendous and infectious. 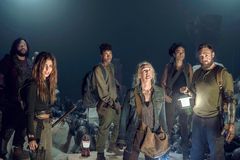 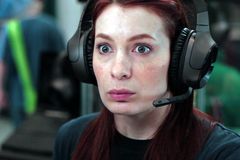 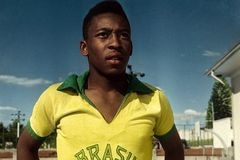