Some of you may remember The Sweeney Sisters on Saturday Night Live, from the 1980s. The singing sisters (Jan Hooks and Nora Dunn) would burst into song and do a medley that always included part of The Trolley Song. It was an affectionate spoof of Broadway nerdiness.

Schmigadoon! (streams on AppleTV+ from Friday) is in the same spirit. But this is no sketch; it’s a gloriously colourful, uplifting and sustained spoof with a ton of heart and a small army of great stage-musical performers. It’s further evidence that AppleTV+ has found its own groove with content that, as in Ted Lasso and Trying, is good-natured, smart and enriching. With this one, talk about guaranteed to make you smile.

The six-episode series (all are just 30 minutes long) has a daft premise at first. Melissa (Cecily Strong from SNL) and Josh (Keegan-Michael Key from Key & Peele), a pair of doctors, meet at work, fall in love and are in a relationship for a year. Melissa is optimistic but feels there’s no intensity in their relationship. They go on a couples retreat that involves hiking in the backwoods and there, on a rainy day, they wander into the village of Schmigadoon, which seems to exist in a 1940s musical. Everyone bursts into song, there are elaborate dance numbers and, after one night, they try to flee.

But they can’t. They are informed by a figure who might be a leprechaun that they can’t leave until they discover true love. Josh is deeply skeptical. There’s way no way on earth he’s going to be a song-and-dance man in this place. Melissa figures they have to give it a shot: “We’re smart. We found our way out of Ikea. We’ll find our way out of this.”

What happens is bonkers but in a good way. The series is crammed with Broadway stars: Alan Cumming is the town’s mayor, Aaron Tveit is the town’s bad boy and you’ll also find Kristin Chenoweth and Jane Krakowski. They’re all having a ball. The musical numbers are beautifully staged and the songs are excellent as pastiche, drenched in the tradition of The Music Man, Brigadoon and Oklahoma! Director Barry Sonnenfeld (Pushing Daisies) and co-creators Ken Daurio and Cinco Paul have done something highly unusual here, but this is more than a vibrant bit of whimsy dedicated to celebrating musical theatre.

The little twist added is the emphasis on how dated most classic musicals are. The townsfolk can’t believe Josh and Melissa aren’t married already, and everybody seems afraid of sex and the human body. As much as the townsfolk are there to teach the two strangers about love and joy, Josh and Melissa are there to bring these people up to date, in a lighthearted way, on race, feminism and equality. Still, there’s nothing earnest here, it’s just strangely gorgeous fun.

Professor T (Sunday, PBS, 9 p.m.) is catnip for British crime drama enthusiasts. Made for the BritBox service, it’s an English remake of an existing Belgian hit series. Here, Ben Miller plays Professor Jasper Tempest, a genius Cambridge University criminologist with OCD and an overbearing mother, who advises the police on hard-to-crack cases. There’s nothing strikingly original. The professor figure is eccentric in the style of the main characters on shows such as Monk and House. But there is drollery, especially in his relationship with his mother and the show regularly brings to life his rather odd day-dreaming in a way that suggests a very repressed man.

By the way, the original Belgian series (in Flemish with English subtitles) is available on the PBS Masterpiece Prime Video Channel via Amazon Prime, and some PBS stations air it now, too. (Check local listings.) It has a towering performance by Koen de Bouw as the professor, a man tortured by neuroses, but an inspiring figure to his students. More than the Brit version it lingers long on the impact of childhood trauma.

Finally, take note of Landfall (Sunday, PBS, 10 p.m. on POV), a remarkable documentary about what happened after Hurricane Maria devastated Puerto Rico in September, 2017. Director Cecilia Aldarondo tells the story in fragments and vignettes and what it amounts to is an indictment of disaster capitalism. After Donald Trump tossed paper towels at people there, a number of individuals and companies arrived to make money, preying on the ravaged island. But this beautifully made doc is not about victimhood; it’s a celebration of community and resourcefulness. Highly recommended. 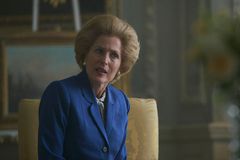 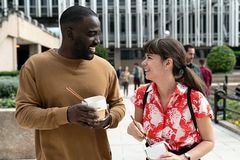 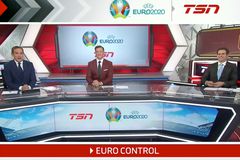