John DoyleTelevision critic
Published May 19, 2021 Updated May 19, 2021
For Subscribers
Comments
Text Size
Please log in to listen to this story. Also available in French and Mandarin. Log In Create Free Account

For people who work in the jokes industry, the gap between real life and showbusiness is fraught; it’s where comedy is found.

That’s one of the many themes in the splendidly dark, biting comedy Hacks (new episodes arrive Thursdays on Crave). The set-up looks simple enough, but there’s a ferocity to the funny business that has venom, and yet there’s a warmth too.

What Hacks has going for it, primarily, is Jean Smart. If you’ve been watching HBO’s Mare of Easttown you’ve seen Smart in one her many excellent turns in prestige-TV material. The actor who was a network star as far back as the mid-1980s on Designing Women has become one of those figures who lends majesty to such shows as Mare, Fargo and Watchmen. Her acid delivery and embodiment of earned weariness can be sublime. Here she’s got a role that seems magnificently honed for her.

At first, the series appears to be a millennials-versus-boomers routine. We meet Ava (Hannah Einbinder), a 25-year-old up and coming comic and writer in Los Angeles. She’s got plenty of good, angry humour to fuel her career. But she’s made a mistake. An inappropriate joke she put on social media went viral and nobody will hire her. Her agent has one suggestion: Veteran Las Vegas comic Deborah Vance (Smart), many decades older than Ava, is looking for someone to write new material, so perhaps the two should meet.

The meeting is a disaster. Ava loathes Vegas and sees it as the epitome of everything in showbusiness she wants to destroy with her volcanic, progressive humour. She lectures Deborah, armed with the arrogance of youth, and closes her rant with, “You classist monster!” Unperturbed, Deborah views Ava’s rage as funny and sees potential in her. An uneasy alliance is formed.

You see, Deborah really needs to keep on going. She’s been a Vegas staple, lazily telling the same hoary old jokes to audiences that have some affection for her. But she’s been warned that the bosses want a younger audience and Deborah is on thin ice. Besides, there’s her vanity, ego and sheer determination to prove everybody wrong. She might seem near-elderly but she’s acquired energy from a lifetime of dealing with sexism, personal disappointments and the occasional public disaster. She flogs clothes on TV infomercials and she’s rich, living in a Nevada mansion, but she’s damned if she’s going to give up and retire.

Ava’s got energy too. Mostly it’s an upstart’s hatred of the establishment, and that’s what Deborah is. It takes a while before her sense of entitlement slips. She learns she’s not working with Deborah; she’s working for her. Sometimes she comes up with good material for her new boss. But as Deborah loftily informs her, “Good is the minimum. You have to be so much more than good.” And she’s not just talking about punchlines. She means life as a comic and entertainer, and being a woman in a misogynist arena. Smart gives a complex, discomfiting performance, gradually allowing the layers of her character’s personal scars to become visible. It’s like watching a masterclass.

It’s not easy to make comedy about the creation of comedy – the difficulties are on full display in the weakest episodes of The Marvelous Mrs. Maisel – but here it comes together slowly.

The series, created by three writers from Broad City, shows enormous respect for the Deborah character even as Ava appears to despise her. (Einbinder, in her first major role, is uncannily flinty.) Deborah seems trapped in an endless loop of stand-up routines, promotional work and the need to make more and more money. But she’s got discipline, and Ava lacks that. Ava also has attitude to burn, but lacks feeling. It is only when she begins to understand Deborah’s drive that she understands they might, eventually, have something in common. Where you might expect sentimentality, though, you get realism.

Hacks is a tart, tightly done series, with barely a moment wasted. It has so many tiers of tension and comedy, and yet it’s a comimg-of-age story. It’s about two comedians who are mere hacks unless they help each other to stand and gaze at the gap between real life and the triumphs and terrors of showbusiness.

Opinion
Is network TV cancelling itself?
Subscriber content
May 18, 2021 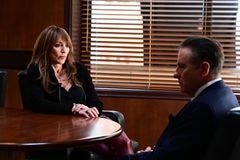 Opinion
Halston on Netflix is both awful and great, and here’s why
Subscriber content
May 17, 2021 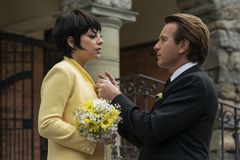 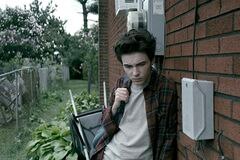