Well, as the old song goes, “You can’t please everyone, so you’ve got to please yourself.” That was the motto of Ricky Gervais while hosting the Golden Globes on Sunday.

Since then, an assortment of people who should know better has been busy bemoaning the tone and tack taken by Gervais. A strange, but typically shallow consensus has formed. It amounts to two allegedly pertinent themes: First, Gervais failed to “read the room” and went too far. Second, that Gervais’s skewering of elite Hollywood talent as self-absorbed, know-nothing hypocrites gives succour to Trump-loving right-wing pundits, and that’s just wrong.

It’s highly amusing to watch, this fandango of finger-wagging blather. The TV Critic for the L.A. Times was applauded for a stern condemnation of Gervais, which included, “The last thing anyone needed was for the smirking master of ceremonies to reprimand them for having hope, or taunt the room for trying to use their influence to change things for the better.” As a courtesy, this column will assume the L.A. Times TV Critic usually has more sense.

And as for the “Trump supporters are cheering” theme, that attitude bespeaks a self-involved and atrociously limited perspective – the America-only lens through which so many American journalists see the world.

Speaking of self-involved narcissism, the Golden Globes is a ridiculous event. Always has been. The important part is the frock-opera that is the red-carpet parade. That’s a depth-of-winter January ritual for the viewers, many of whom look out at cold, gloomy skies. Watching celebrities parade around in pretty dresses and go sockless in tuxedos is an uncomplicated distraction.

Nobody takes it seriously, except the people there and those in their orbit. What they should take seriously, but decline to acknowledge, and could do something about, is the rampant sexism in the industry. That sexism is highlighted by the lack of women nominated in the Golden Globes directing category.

Back when the nominations were announced, there was brief outrage because all five nominees in the best director for a motion picture category were men, despite it being an outstanding year for women behind the camera. Get this – the last time a female director was nominated in the category was back in 2014, when Ava DuVernay received recognition for Selma.

Sexism? Everyone attending the Globes was highly aware the Harvey Weinstein trial was about to get under way the next day. The most seismic shift in the entertainment industry in decades happened because women spoke out after accusations against Weinstein were reported. Gervais was certainly aware, and one of his most cutting lines was about the celebrities and execs in the room turning a blind eye to Weinstein’s appalling actions and, for good measure, he joked that the event was full of people afraid of a Ronan Farrow exposé. They didn’t like that, at all.

It was interesting to note that the theme of the evening for the speeches was climate change and the catastrophic Australian bushfires. You know why? Because the spectacle of the Australian fires is a strong visual prompt for people who don’t think much deeper than visual prompts. The fires are stunningly dramatic to look at, and all those celebrities live and work under the dictatorship of the spectacle. It’s like a movie to them, this catastrophe. Yes, they are that shallow.

The derision aimed at Gervais right now is especially comical, coming as some of it does, from people who are paid to play a role, and that’s precisely what Gervais aims to do when he is host. In an interview with The Hollywood Reporter last week, Gervais was candid about his approach: “I’ve got to be the bloke sitting at home who shouldn’t have been invited. That’s who I’ve got to be.”

So, when Gervais informed the assembled celebrities that they should avoid making political speeches, he was talking in the persona of the guy-at-home, the one who rolls his eyes when well-off actors pronounce on issues the guy-at-home thinks they don’t know much about. Fact is, to most people, an actor making a political speech is a hobbyist pretending to be an expert. That’s what Gervais, in-character, was saying. It’s odd how actors, brimming with self regard at awards shows, fail to see when someone else is acting.

You have to laugh at the pomposity and self regard. Two years ago, at the 2018 Golden Globes, most attending celebrities wore black as a symbolic rebuke of sexual misconduct and to show their support for Time’s Up, the movement formed by women in the entertainment industry after the Harvey Weinstein scandal and the rise of #MeToo. All very symbolic and a spectacle to behold.

This year, the pomposity was aimed at Ricky Gervais, who was right about almost everything, and there to please himself.

1917, Once Upon a Time in Hollywood win top Golden Globes
Subscriber content
January 6, 2020 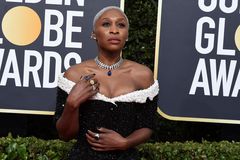