In the arena of true-crime TV storytelling, there has been a slow evolution toward less sensationalism and more sensitivity for victims. The genre has been justly criticized for glorifying serial killers and sometimes being grossly exploitative.

I’ll Be Gone in the Dark (starting Sunday, HBO, 10 p.m.) is a highly unusual, unscripted true-crime series. It’s about the long search for the serial rapist and murderer called the Golden State Killer, but also about the life and career of the writer who spent years working on the mystery surrounding the perpetrator, and the victims she came to know with uncanny empathy.

The writer is Michelle McNamara who died suddenly in 2016, at age 46. She was married to actor and comedian Patton Oswalt, who plays a large role in the series. It’s as much about McNamara’s personality, obsession with the case and its impact on her personal life as it is about the official search for the rapist and killer. There are other twists here: McNamara had almost completed a book about the case when she died, and Oswalt saw to it that the book was finished and published in 2018. At that time, filmmaker Liz Garbus had agreed to make this doc-series about McNamara and the case.

On the first day of filming what you will start seeing on Sunday, unknown to Garbus and Oswalt, police arrested and charged former police officer Joe DeAngelo, who McNamara had suspected the killer to be. DeAngelo will appear at a hearing on Monday and is expected to plead guilty to avoid the death penalty.

The series goes back to McNamara’s early steps looking into the case, which began with a string of attacks in 1976 in Sacramento, Calif. The perpetrator, then known as the East Area Rapist, targeted young women and teenage girls in their homes. The attacks were carefully planned and horrific. Some of the victims, now middle-aged, talk about what happened to them and the long-term impact. It is uneasy viewing, as the viewer realizes how drenched in misogyny the police approach was, and how amateur their investigations.

McNamara gradually became obsessive and we hear actor Amy Ryan read her notes and letters. And Oswalt talks about his late wife’s emotional state. This might be the most unusual and humane true-crime series ever.

BET Awards 2020 (Sunday, CBS, BET, 8 p.m.) signals a shift in U.S. culture. The Black Entertainment Television Awards have existed for years and aired on the small BET cable channel. Now the awards have what’s being called a “national broadcast premiere” on CBS. The fact that the show and the talent honoured are featured on a national network bespeaks a newly important cultural significance. (Remember that the Country Music Association Awards, representing a niche music genre, have been on network TV for years.) The event will feature performances by Alicia Keys, Chloe x Halle, DaBaby, D Smoke, Jennifer Hudson, John Legend, Jonathan McReynolds, Kane Brown, Lil Wayne, Megan Thee Stallion, Usher and others. Dominating this year’s nominations is Drake with a total of six. Various politicians will also appear.

Pipe Dreams (Sunday, PBS 11 p.m. on Independent Lens) was a big crowd-pleaser at the Hoc Docs festival in 2019, and aired on documentary Channel. Now it’s easily accessible on PBS. Made by Stacey Tenenbaum, it follows five musicians as they prepare for and then compete in the Canadian International Organ Competition in Montreal, called “the Olympics for the organ” by one competitor. It’s a good-natured and nuanced portrait of the competitors, their backgrounds and urge to win. Then there’s the gripping event itself as they play on the huge Casavant organ at Montreal’s Notre-Dame Basilica. A delightful work and highly recommended. 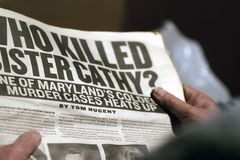 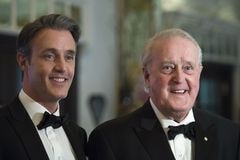 Opinion
American Masters – Toni Morrison: The Pieces I Am is a beautifully made look at a complex storyteller
June 22, 2020