James Bamford has an exuberantly cautious approach to stunts. Not long ago, he wanted to collapse a building on the good guys for an episode of the TV series Arrow that he was directing, then track their run to escape in one shot.

It was a challenge that would combine the skills of the stunt performer he has been and the TV director he has become. To complicate things, Bamford did not want to use any visual effects to depict the chaos.

So the Victoria native set up the sequence in the basement of a downtown Vancouver post office building. “I insisted on doing everything practically, dropping large set pieces … with our actors in a safe manner.

"Our actors had to trust me that I would keep them safe, which we did.”

Yet Bamford himself has not always been safe during his quarter-century show-business career in British Columbia, largely as a stunt performer for TV and feature films.

“If you haven’t been hurt, you’re not a stuntman,” says Bamford, describing a personal “100-per-cent injury rate” that has included burns, broken bones and a bilateral hip replacement that the 51-year-old links to falls on concrete imposed by his work.

There are a lot of falls, punches and other mayhem to go around for stunt performers in B.C. these days. Surging TV and feature-film production has created opportunities for stunt workers – those who directly take the fall or the punch as well as choreographers and riggers – to feed the Hollywood productions that accounted for most of the $3.4-billion in production spending in the 2017/18 fiscal year.

B.C. has long been seen as a service centre for Hollywood, but has also provided fresh opportunities for some. Bamford was once rolling with the punches, but has in recent years established himself as a TV director, calling the shots for episodes of Arrow, about an archery-oriented vigilante played by fellow Canadian Stephen Amell as Oliver Queen. Production on the superhero series began in 2012. (Bamford directed Arrow’s Season 7 opener, which airs Monday at 8 p.m. ET on Space. It has Queen in jail after being outed as a vigilante.)

He did not have to go to Hollywood to make it in show business because Hollywood came to British Columbia, with a wave of TV and feature-film projects since he got his first stunt-related credit in 1994. His list of stunt credits covers six pages of his entry in the Internet Movie Data Base, a record that has included doubling for Mickey Rourke, Matthew Fox, Harry Connick and Benicio del Toro, among others, in films and TV series including Stargate: Atlantis, Poltergeist: The Legacy, Mission to Mars, Elysium, Catwoman and the X-Files film X-Files: I Want to Believe.

More recently, there has been Arrow. While series producers did not respond to a query about Bamford’s contributions, it’s clear he has become a go-to helmer for the show. He’s a producing-director on the ambitiously kinetic series based on a DC Comics character, supervising other directors, and working on the look of the show. Also, he’s set to direct three more episodes this season, including the season finale. And there may be more Arrow opportunities beyond that, because he says there are plans for an eighth and ninth season.

He wants to direct features next, name-checking the ex-stunt performers Chad Stahelski and David Leitch, who directed the 2014 Keanu Reeves actioner John Wick, and have gone on to individually direct two John Wick sequels as well as Atomic Blonde and Deadpool 2, shot in Vancouver.

“There are a few projects with a few different friends, scripts that have sort of kicked around for quite some time, and we have been waiting for the opportunity to get them going. I have been so busy on Arrow, I haven’t had time to do anything else," says Bamford.

The Union of B.C. Performers/ACTRA, which represents B.C. stunt performers, says it has about 500 stunt-performer members. That’s up from 342 in a 2012 study of the B.C. industry by Actsafe Safety Association, which encourages occupational health and safety in the production sector.

WorkSafeBC, the provincial workers' compensation organization, tracked 101 injury claims between 2008 and 2017 among stunt performers, averaging 10 per year, though there was a peak of 18 in 2015. More than half those claims – 54 – were from falls on one level or from an elevation. Twenty-four were for incidents in which claimants were struck against or by objects. Fifteen were for overexertion or bodily function such as bending, climbing, twisting or running.

Sometimes things go badly. In 2016, actor Dylan O’Brien was severely injured in a stunt involving two vehicles in the B.C. Interior while working on the feature film Maze Runner: The Death Cure. WorkSafeBC continues to investigate the 2017 death of Sequana Harris, a professional motorcycle racer from Brooklyn, N.Y., who was fatally injured while performing a motorcycle stunt for Deadpool 2 at Jack Poole Plaza in downtown Vancouver.

Asked, based on the accidents, whether stunt work is safe, Bamford replied, “Depending on who you’re working with, yes."

But he said stunt performers accept the risk and liability. “They are supposed to be skilled professionals and their skills and experience are meant to lessen the risk, whereas you just don’t walk down the street and point at anyone and say, ‘Hey. Would you like to come and do a fight sequence with me?’”

According to the UBCP/ACTRA, stunt performers have the same daily rates as for principal performers – $714.61 for an eight-hour day-rate, plus overtime. Stunt performers, says the performers' union, can also negotiate an additional stunt adjustment based on risk, and how many times a stunt has to be done. Sometimes a stunt is covered by a single camera shot. Other times, the stunt has to be repeated to accommodate various angles or a director’s wishes. Stunt adjustments generally come in $100 increments, which can range up to thousands of dollars, said representatives of the performers' union in an e-mail exchange. Stunt performers also receive residuals like other on-camera performers.

When he started in the 1990s, a kind of dangerous improvisation was common in stunt work. He recalls the routine of being asked to slap together fights. "[I’d say,] ‘What do you mean? What’s the context of the fight?’ I’d ask these questions that carried me later in my career. ‘How are they fighting? What are their skills?’

“They would say, ‘It doesn’t matter. Just put a fight together.’”

In 2012, Bamford signed on to Arrow as a stunt and fight co-ordinator. Among various issues, early on, was figuring out how Queen would use a bow and arrow for close-quarters combat.

“A bow and arrow isn’t made to be used as we use it on the show, so we designed punching with the bow, staff work with the bow – all these different things you would never use a bow for."

Working on stunts taught him to understand actors, characters and the camera.

“When the stunts are happening on the set, the rest of the set stands down, and the stunt co-ordinator take over and he very much becomes the director in a sense,” he says. 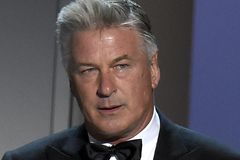 Without Roseanne Barr, The Conners is just a lacklustre family sitcom
October 12, 2018 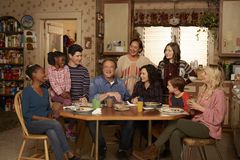 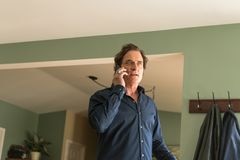