The first season of Bad Blood was a solid Mafia/crime-family docudrama, one that rose to achieve a thrilling confidence in storytelling once the minutiae of the real story was chronicled. It was based on the book Business or Blood: Mafia Boss Vito Rizzuto’s Last War by Antonio Nicaso and Peter Edwards, and as such stuck mostly to the true material about Rizzuto’s messy rise and fall as a crime boss controlling most of Montreal.

The second season of Bad Blood (starts Thursday, City stations, 8 p.m. ET) is a different beast. Better and more textured, it’s about a lone-wolf criminal keeping a tight grip on his crime empire and obliged to recognize the limits of his power. The events of the book, based on the true story, are over. This narrative is new, inspired by and extrapolated from the original, but allowed to soar without sticking to the prosaic, albeit homicidal, truth.

We’re in the territory of Shakespeare’s tragic heroes here; a central character challenged in his domain and forced to deal with what might be a tragic flaw, or he might be cursed by fate. That character is Declan (Kim Coates), who was Rizzuto’s fixer and right-hand man. It was Declan who cleaned up the mess in Montreal with cunning and strategic violence. Now he’s got Montreal to himself, he tells us in the opening voiceover, as he negotiates directly with a Mexican cartel to have the drug business in the city in his iron grip. From the get-go in that scene, there’s a foreshadowing act of betrayal that is sharply, instantly punished.

The engine of the drama is tightly focused on Declan, and Coates brings his characteristic sense of brooding physical presence and delivery of dry, sardonic wit to the role again. This guy is on top of the mob heap in Montreal and his philosophy is elementary: Keep it simple and make others afraid, but always be aware that “everyone is brought down by someone on the inside.” He’s the last of the independents and intends to keep it that way. “Who am I?” he asks himself. And the answer is, “I’m a gangster.”

Meanwhile, in Hamilton, two cops are keeping an eye on the monthly family meeting of another set of gangsters: The local Mafia, an old-school family business. They have guests whose appearance surprises the police. It’s twins Teresa (Anna Hopkins) and Christian Langana (Johnny Falcone), sent from Calabria in Italy to make a deal about drug distribution. They want Montreal. Hamilton bosses Domenic (Louis Ferreira) and Enzo Cosoleto (Daniel Kash) scoff, pointing out that Declan owns it.

The twins are key figures in the power play that is about to unfold. Oozing European sophistication overlaid with a touch of perversity in their brother/sister dynamic, they’re the contemporary Europe that the guys in Hamilton left behind generations ago. That’s part of the texture of the story – that gap between worldly European Union cynicism of now, and the old ways of the Old World that the mobsters in Canada prefer. It’s a Canadian story this Bad Blood, but subtly so.

Of course there are internal twists to keep the plot tightening. The cops have an informer inside the Hamilton gang. Declan is obliged to make alliances he believes he can control, including one with Rose Sunwind (Sharon Taylor), who runs an Indigenous smuggling racket. It’s a murky alliance and Declan is dealing with forces he cannot truly understand.

On the evidence of the early episodes, there is little fuzziness in Bad Blood version two. It’s a taut, primed drama about an overreaching anti-hero. Coates, who is first-rate compelling, at the centre of everything, might well be a figure in Coriolanus, Julius Caesar or Antony and Cleopatra, a figure who has conquered but, in the act of conquering, undermines the virtues that made him the boss.

Made largely with the same team (creator Simon Barry and writer Michael Konyves), this Bad Blood is not only nifty entertainment, it’s a deftly made, superior crime drama, forensically smart about family and business power. 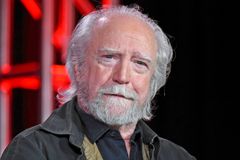 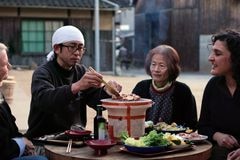 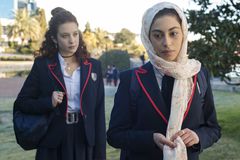