As Canada Day approaches we are all doing our very best to be Canadian. From sea to sea to sea, we fret about the economic and social impact of the pandemic, how it may significantly change our working and home lives, modify our social lives and, further, we brood on the emotional toll on the nation.

Well, not really. A lot of people are planning to get a little wasted. Just to boost their spirits. There’s nothing quite like being a little zonked to have a fresh perspective on the country and its culture.

Late Night in the Studio (starts Friday, CBC Gem) is the perfect Canada Day-related indulgence. It’s a very trippy take on Canadian TV and it’s hilarious. You need something a little-wasted in style and tone to lift the nation’s spirits? You got it, right here.

The conceit is simple. The CBC’s fictional Head Archivist (played with aplomb by Nobu Adilman) introduces viewers to lost gems from the CBC Archives. You know, old and forgotten shows, pilot episodes that never made it to series and such. For instance, you probably forgot about The Adventures of Young Suzuki, a 1980s action-adventure series narrated by David Suzuki and featuring a young and dashing Suzuki (called Zooks and played by Ethan Eng). In it, Zooks and his earnest but indomitable sidekick Dexter (Nate Appiah) buzz around on an electric motorbike and tackle environment-related crimes and misdemeanours.

The show, seen on wobbly old VHS tape, is a barnburner of stoned Canadian humour. Unfortunately, as the Head Archivist tells us, Suzuki himself hated it. Still, Late Night in the Studio allows us to embrace it now. Well done all.

Even more trippy and an absolute classic-on-arrival is My Regina. Obviously we’ve all forgotten this 1980s CBC soap opera set in Saskatchewan. The episode revealed to us perfectly encapsulates the torrid and tawdry goings-on displayed on the show. We meet Marie (Tennille Read) who suspects her husband, Patrick (Drew Nelson), has been cheating on her with the notorious siren Regina from Regina (Sidney Leeder). Or as Marie puts it, “muckin’ barns with Regina from Regina.” Things get even weirder when snake-enthusiast Herbert (a spot-on cameo by Shaun Austin-Olsen) helps reveal the total pack of of lies being peddled. Everyone is fabulously dressed by the way.

These summaries are only a small taste of the cracked and crazy delights in the series. (All five episodes are about 15 minutes long.) Brace yourself for Dougie Doughnut-Hole, an animated show about a young doughnut hole named Dougie who must find his place in the vast and complex world of Canada’s favourite pastries. Important life lessons are learned.

Late night in the Studio is highly recommended; satire as strange as what we need right now. The series (created by the film and music collective shy kids, with Zapruder Films and Liz Whitmere) is a tonally perfect series of Canadian gags for Canada Day or any other day. You haven’t lived until you’ve heard young action-hero David Suzuki exclaim, “Normally I would never touch a plastic straw but when you’re dealing with a gang of freaky fish people, that’s just the nature of things.”

Finally, this column continues with a regular “stay-at-home-period daily-streaming pick.” Today’s pick is The Keepers (Netflix). A seven-part true-crime epic from 2017, it’s more disturbing than Netflix’s monster hit Making a Murderer and just as gripping. In 1969 in the suburbs of Baltimore, popular teacher and nun 27-year-old Sister Cathy Cesnik taught English and her students, especially the Grade 11 girls, adored her. One November evening, Sister Cathy went to a shopping mall and disappeared. She was found dead two months later. She had been murdered; her killer was never found. The series expands subtly but dramatically to examine something troublingly deep: a possible cover-up of abuse by the Catholic Church in Baltimore. This is a compelling and sometimes disturbing binge watch. 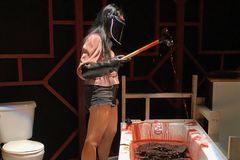 Some New York news shows back in studio, but many hosts continue to work remotely
Subscriber content
June 23, 2020 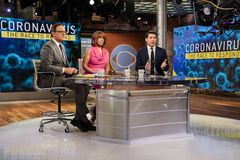 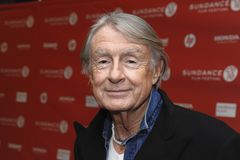