Today’s theme is music. As long-suffering readers will be aware, this column likes music of all varieties. So, curiosity got the better of this column when a news release arrived stating this: “Five women, sick of their repetitive lives and boring book club, find freedom by forming a punk band.”

Band Ladies (streaming online at Highball.TV) starts with exactly that. The women “on the cusp of middle-age” are doing their book club thing, most of them not having completed the book, so they get rotten drunk and start performing as though they are a band. They’re not. But soon enough, they are. Three chords and an attitude is all it takes, as every punk rocker knows.

The series is a wicked delight, ideal for a light binge of short episodes, with a lot of ribald humour and some mildly angsty drama. Several of those involved have appeared on Baroness von Sketch Show episodes and Band Ladies has a similar kind of racy vibe.

Created by Molly Flood, Kate Fenton and Dana Puddicombe, with Fenton and Puddicombe in leading roles, the series pulls off the tricky task of being about women finding a role outside what’s preordained for them, and being very funny about bourgeois pretensions. Puddicombe, in particular, is having a whale of a time as a very rich, very sarcastic and purring cougar. Personally, I’d watch Puddicombe do that role all day long and beyond.

Fenton has the more conventional role of put-upon homemaker Marnie, stuck with the kids and a dull husband. She’s the one who really needs to scream punk songs. Lisa Michelle Cornelius plays Chloe, a corporate lawyer who gets in serious trouble and decides to throw in her lot with the band. Vicky Kim plays Cindy, who has always wanted to be a musician but tells so many lies about herself to everybody. The character Stephanie (Kirsten Rasmussen) is described “the lovesick fake”, which is accurate because she can’t break up with her artist girlfriend Lauren (Natasha Negovanlis from the cult–hit web series Carmilla). There’s a lot of fun with the snobbery of the art world.

They form a band, get gigs, go on the road, squabble and are eternally at the point of breaking up. Such is the standard story of rock music but Band Ladies serves it up with an added side of fiendish wit.

The Eddy (Netflix) beggars easy description. The understated eight-part series is on the surface about Elliot Udo (André Holland), owner of a Paris jazz club that’s barely functioning. Once famous in jazz, Elliot hasn’t played since the death of his son, but he’s obsessively directing the house band led by singer Maja (Joanna Kulig), who is also his occasional girlfriend. Often, it seems, not much is happening, but each character is hiding something, not necessarily dramatic, and the creation and performing of music that comes from those hidden emotional forces is what the series is really about. It takes three episodes before it really finds its groove, and then it soars.

Finally, this column continues with a “stay-at-home-period daily-streaming pick.” Today’s pick is Leonard Cohen’s Lonesome Heroes (Amazon Prime Video), in keeping with today’s theme. A documentary made in 2010, this is no lightweight celebratory production. It’s a serious-minded search for what influenced Cohen, from religion to poetry to other songwriters. As such, it doesn’t aim to reach an easy conclusion. Everything, from Cohen’s youthful adoration of Ray Charles to the Spanish poet Federico Garcia Lorca, to the American Beat poets such as Allen Ginsberg, to Hank Williams, and then Bob Dylan, arises. It seems he hoarded countless inspirations in his head and something of his own came from that. A lot of time is spent with Judy Collins, who talks about the difficulties and pleasures of covering and recording Cohen’s songs. 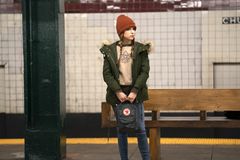 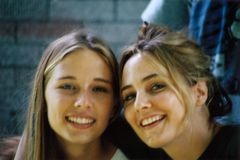 Opinion
Labor of Love: The most fun, trashiest of trashy summer TV
May 29, 2020 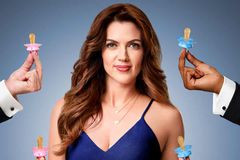