In the recent media kerfuffle about the role and future of the CBC, there was a strong strain of blather about CBC TV reflecting our “principles of diversity and inclusion.” CBC president Catherine Tait, who used that very phrase writing for this newspaper, also referred to “our tolerance of immigrants” in a speech.

Rarely has this country been witness to such platitudinous banality. We have no monopoly on diversity and embracing immigration. Other countries and cultures are diverse, and people dream of living in those countries. What is truly lacking in our storytelling culture, as it is reflected in what CBC TV airs, is anything like a serious-minded, piquant and compelling treatment of the immigrant experience.

As several readers have expressed to this column recently, a new series on a new service looks exactly like the kind of content that could be made here in Canada, by CBC or by other Canadian broadcasters. The readers are correct.

Little America (now streaming on Apple TV+) is an anthology series. Eight separate episodes about 35 minutes in length. The scope is modest, but the stories are large in a representative way, and sometimes funny and sometimes tragic. There is nothing grand-scale being stated with billboard-sized messages about immigration. Mostly it’s about everyday lives. There is no overt advocacy and the short dramas are beautifully made.

Created for TV by Lee Eisenberg (writer on NBC’s The Office) and the husband-and wife team of Kumail Nanjiani and Emily V. Gordon (who made the movie The Big Sick), Little America starts with an exquisite episode titled The Manager. It starts in 2003 and a cheerful precocious preteen boy, Kabir (Eshan Inamdar/Ishan Gandhi) is living with his parents in Green River, Utah, where they run a motel. Kabir does a lot of work there, but he’s addicted to his dictionary and becomes a spelling-bee champ.

One day, his parents have to leave and return to their home country to await permission to fully immigrate to the U.S. Kabir is left alone, the only adult supervision being a relative his dad hired to keep an eye on him. It is years before his parents return. Kabir writes often to the U.S. government pleading his parents’ case, but gets nowhere. There is one scene where, thanks to the spelling bee, he gets to make a plea to George W. Bush’s wife, Laura. It is not the happy climax viewers expect. By the time thing work out, sort-of, Kabir is a grown man. The short drama is a little masterpiece of understatement, but fabulously rich in meaning.

There is piquant irony in the episode The Grand Prize Expo Winners, about a Vietnamese single mother, Ai (Angela Lin). whose kids become Americanized rapidly and stop sharing their mom’s dream of winning a prize that will take them all back on a trip to the old country. There is heartbeak in The Son, about Rafiq (Haaz Sleiman), a young Syrian man whose father takes brutal offence when he learns his son is gay. All the stories are, by the way, loosely based on true events.

In one of the strangest but strongest dramas, The Silence, almost no words are spoken. A woman, Sylviane (Mélanie Laurent), is at a silent yoga retreat somewhere in the U.S. Although nothing is said, we get her perceptions of the Americans around her. When she finally speaks, in French, gushing to a young man she has a crush on, it turns out she’s French and came to America in search of something, but it’s not clear what. The Silence is gently funny and in no way is it a glorification of the United States.

From the vantage point of Canada, one looks on Little America with envy. To be sure CBC TV and other broadcasters would say they don’t have the money that Apple TV+ has. CBC would say it has Kim’s Convenience. It’s a bit pitiful to cite one show. And it is particularly galling to hear platitudes about CBC TV reflecting Canada when, in the context of seeing Little America, it seems to do nothing of the sort.

Opinion
February, 2020: The month that broke television with too much content?
February 4, 2020 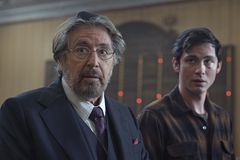 Opinion
The Super Bowl spectacle? No thanks, I’d rather darn socks
February 3, 2020 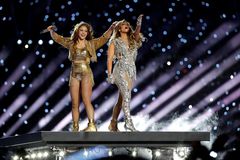 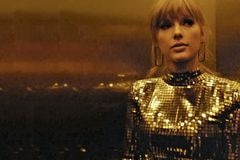