For the past 19 years, I’ve been haunted by chicken fingers. Late one evening in 2000, I swore that my brother and I watched a bizarre, seven-minute-long Saturday Night Live sketch starring Will Ferrell and Molly Shannon that focused on a blind date at an airport bar, and a plate of the aforementioned fried food. I would carry a hazy memory of his hilarious-in-its-tediousness bit for years, dreamily theorizing that maybe my brother and I were its only witnesses, as if we stumbled onto a broadcast from a parallel dimension. Occasionally, I attempted to scour the internet for proof it existed, but I always came up short.

The other week, a Twitter account proved I wasn’t losing my mind (so far as SNL matters go). SNL Snippets (@SNLSnippets) came out of nowhere this month to provide an invaluable public service: It solicits requests for any and all SNL sketches, then it digs them up and posts for all to enjoy. That’s it. But in its simple act of near-instant gratification – it took 20 minutes for the account to find my long-lost chicken finger sketch – SNL Snippets has single-handedly revived my faith in the toxic wasteland otherwise known as Twitter.

I’m not alone, either, as the account, which had about 900 followers when I first encountered it on April 8, is now something of a sensation, with 47,000 followers and 744 videos to its name. As SNL Snippets continues to bring joy in two-minute-and-22-second chunks (the limit of Twitter’s video function), I spoke with its 36-year-old Canadian creator, Prince Edward Island native and former journalist Kevin Curley (now based in Dartmouth, N.S.), about digging through Lorne Michaels’s trash.

Did you grow up with a strong affection for the show?

I can remember the first sketch I saw, which was a commercial parody starring Chevy Chase, where he talks about a floor cleaner that doubles as a dessert topping. I thought it was the funniest thing ever. And the first episode I was ever allowed to stay up for was the Alec Baldwin/Paul McCartney episode in 1993, and that didn’t air until 12:30 a.m. on the East Coast. But when I was 16, there was a big cast turnover, and I fell into the “SNL sucks now” routine that so many people do. When Norm Macdonald was fired, I refused to watch the show for eight years. But then my brother bought me the Tom Shales book Live from New York, and I developed a different appreciation for the show and how it works. Then I was back in, and by then SNL had a strong cast, with Andy Samberg, Kristen Wiig, Jason Sudeikis.

Where did the idea for the account come from?

I had never been into Twitter much, except for using it for the local newspaper I worked at, where I followed community groups, other news sources and what some might call “Weird Twitter.” But I developed an interest in it, and I started following a few SNL cast members and historians. Soon, I noticed that a few videos were going viral, like the one where Wiig, playing Liza Minnelli, tries to turn off a lamp. I thought it might make for a neat idea to post snippets and curiosities, the deep cuts.

And you were always thinking about taking requests?

I thought that might create some engagement, and with SNL, everyone has that white whale of a sketch they have a vague recollection of seeing years ago. For me, that’s the “20,000 Leagues Under the Sea” sketch with Kelsey Grammer from 1993, and I had the hardest time finding it for a while. I have piles and piles of requests like that. But I didn’t anticipate it blowing up the way it has.

How do you find the sketches?

Various forms. Comedy Central used to air the shows in the early 2000s and there were people with VCRs who recorded them and submitted them to the internet in various areas. In the late 2000s, there was also someone who sold them through DVD packages on this website called iOffer, and I’d send him $20, and he’d send VHS-quality seasons. As for how I search for them, I’ll leave that with me.

Have you heard from anyone at SNL, including its legal department?

No. But Seth Meyers retweeted me early on, on April Fool’s Day, which gave me my first boost. No one has told me what I’m doing is wrong and those in the know tell me it falls under fair use, so I’ll just carry on. But if I’m told to stop, this isn’t a cross I’m going to die on. I’m not going to chain myself to the headquarters of Twitter.

What’s the rate of growth?

It’s about a thousand new followers a day. The big boost came from Bill Simmons, who tweeted to his six million followers that it was the best account he’d seen in years.

Do you feel overwhelmed at all?

I don’t take social media seriously, but it’s a tad overwhelming once you get into it. But I love sifting through the various requests, and discovering all kinds of sketches that I didn’t know existed. One that got requested all the time was “Big Red,” which I had no idea what they were talking about. But it was a Kevin Nealon-era fake commercial about a Viking helmet toy that spews red juice. Also, this sketch starring Danny Aiello where he keeps demanding “Hi-C and turkey.” After sitting down for a session on Twitter, I laugh for hours.

Do you still watch on Saturday nights?

It’s part of the routine. I follow it the way someone would track their favourite hockey team. You’re cheering for your favourite new cast member, that sort of thing. 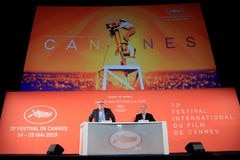 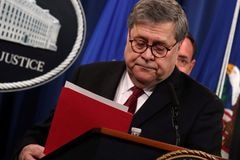 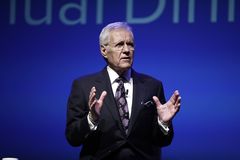