Let’s talk sports today. Sports represent that great distraction from the mess and muddle of daily life, from the big catastrophes that dominate the daily news and the depressing polarizations that politics creates.

Sports is about winning and about money and fame, right? Well no, not really. It’s about ambition and hubris, and about national motivations and societal scars. It’s about unfairness and life lessons. Sometimes it’s about losing and what losing really means in the now, and later.

Losers (streaming on Netflix Canada) is an overlooked but brilliant little documentary series with a title that doesn’t do full justice to its nuance and depth. While it is ostensibly about individuals and their infamous moments of failure, it’s really about change and disruption.

The eight-part series – all episodes are about 30 minutes long – is made by Mickey Duzyj, who has previously made some episodes of ESPN’s 30 for 30 short docs. He uses animation often and usually to brilliant effect. Mostly what he does is provide a new frame of reference for some notorious figures who are famous for a collapse or a squandered victory.

Two episodes will be of particular interest to Canadians. One called Stone Cold takes us deep into Canadian curling from a few decades ago. It’s about how Pat Ryan took a bitter loss at the 1985 Brier, to Al (The Iceman) Hackner, and used it to return in triumph, change the sport of curling and become a villain. One review of the series has already singled out this episode as the basis for a potentially great Hollywood movie.

It’s wonderful to be taken back to the Canada that was embodied in curling in the mid-1980s. The casual approach to playing it, the small-community pride in the game and the camaraderie that it created. We meet Ryan and he offers a wonderful personal reverie about the fluidity of the curler’s movement on the ice. Kevin Palmer turns up to explain the rules of the game and the animation provides an excellent guide for the uninitiated.

We meet Hackner and are shown the stunning “Hackner Double” that won him and his team a championship back then. Ryan talks about the aftermath. People say he was depressed, but he denies it. Instead, he says, he just thought and thought about the rules of the game and using them to be ruthless. We see him in his prime, this intensely focused demon on the ice. He talks about the team he created and the rules he imposed – no smoking on the ice, no drinking apart from a couple of beers postvictory, no wives tagging along and no sex during tournaments. He wanted athletes, not the beer-and-smokes curlers that typified the era.

So we watch – there’s great old footage from CBC-TV – as Ryan storms back, winning and winning but polarizing the entire curling world. The crowds chanted “boring, boring” as Ryan’s team played. But Ryan says he didn’t care. It meant his ruthlessness was having an impact. Hackner shrugs it off. The game needed to change and Ryan forced curling to adapt, and after that it went from strength to strength. The episode is a little masterpiece in the psychological study of sports.

The episode Judgement takes us into figure skating in the 1990s and the entry into the sport of the sensationally good French skater Surya Bonaly. This episode benefits a lot from Bonaly telling much of the story. She talks about how her parents adopted her from an orphanage in Nice and she grew up doing all manner of sports. “I did fencing. All the guys would be freaking out because I beat all of them,” she says with a laugh. She skated, too, and her fateful meeting with a prominent French coach was a total fluke. At the age of 11, she moved to Paris to concentrate on skating, while living with her parents in a van.

Her short, dramatic period at the top in skating is wonderfully told. Context is given: Race was an issue and some judges could not accept this strong black teenager as the “ice queen” figure they had been told to judge and celebrate. American skater Tara Lipinski talks about being in awe of Bonaly’s courage and vigour. Bonaly wanted to do a quad jump at the 1992 Winter Olympics in Albertville, France. Her coach said “no,” and Bonaly overruled him. There was a furious falling out and her mom became her coach. There was an air of delirium about the entire incident and it became clear that Bonaly was destined to be a disruptor rather than a world champion.

Much of Losers is about that theme – happenstance of timing, the learning curve from defeat, for the individuals and others. Other stories covered include that of Jean van de Velde, a French golfer whose meltdown at the 1999 British Open is notorious, and in soccer, Torquay United’s bizarre 1986/87 season, which pivoted on several freakish incidents.

Opinion
Why the demonization of Fox News and Tucker Carlson is a very big deal
Subscriber content
March 12, 2019 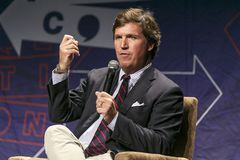 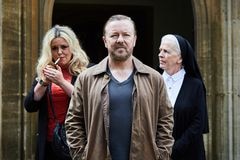