I mean, yes, you’ve seen him in The Marvelous Mrs. Maisel, where his Emmy-winning portrayal of Lenny Bruce is all studied grace: physical ticks, deadpan delivery and a devil-may-care eye-glint that bring the comedy legend to life. You’ve also recently seen him in The Deuce, where he manages to wring sexual grit out of a minor role in an ensemble cast, convincing as a conflicted, closeted 1980s civil servant trying to clean up Times Square while also indulging in its pleasures.

And if you’ve rediscovered the Canadian cult hit Slings and Arrows, you’ve seen the Canadian-born actor at his most Canadian: performing Hamlet opposite Rachel McAdams’s Ophelia in a fictional sendup of the Stratford Festival.

In fact you’ve seen him many times over, even if you weren’t paying attention. Sometimes as a guest star carving pathos out of 45 minutes on Law & Order: Special Victims Unit; sometimes as the ultimate supporting player, bringing more than the necessary burden to his death-row lawyer in the Peabody-winning series Rectify; always with as much depth as he can manage, whether a role calls for minutes of work or carrying a feature film.

For the discerning viewer, Kirby is the ultimate Google rabbithole: One memorable performance begets 50 more. Over the phone, he sounds surprised that anyone would embark on such an endeavour. It’s just work, after all.

“As Lenny Bruce said: I’m a hustler. If they’ll give, I’ll grab. It’s not like I’m in hot pursuit of some kind of brass ring. But time marches on and you start to see that the bills just don’t stop coming,” he says from the rehearsal spaces of Manhattan’s buzzy, avant-garde Park Avenue Armory.

Kirby has spent the fall preparing to star in Judgment Day, playwright Christopher Shinn and director Richard Jones’s off-Broadway adaptation of Odon von Horvath’s 1937 play. In his first theatre show in six years, Kirby takes on the role of Thomas Hudetz, a German stationmaster wracked with guilt after causing a fatal train crash when he is distracted by a woman.

It sounds intense and exciting. How did Kirby get such a plum gig? “Standard practice, you know, the usual. Went in for an audition, looking for work,” he says with the vocal shrug of a working actor who’s read for them all – and resting his voice for all the yelling that Hudetz requires. In interviews, Kirby is a man of fewer words than most, often chewing on questions, then chewing some more. But once he has digested, he answers with the same careful consideration as the deepest character study.

“Theatre is not as tied up in the zeitgeist. It spans time in a different way,” he says. “I feel like with film and television, you really are counting on some people watching it. Theatre doesn’t have that same anxiety. There’s no archive to it. You count on the audience to be the bridge to wherever the story goes. It a little highfalutin, but it’s how it feels, you know?”

The best roles, he says, are the ones where you get to “make sauerkraut out of yourself. When you get to brine, the work starts to reveal itself in so many ways.”

It sounds obvious, but it’s also a hard-learned notion from someone who knows the travails of a 48-hour call for a TV guest spot where, “a lot of the time, somebody’s shooting bullets at your feet and you’re just dancing."

But to him, a substantive role isn’t necessarily top billing. It’s more akin to Mrs. Maisel, where creator Amy Sherman-Palladino gives him the time and space to brine away at: Who is Lenny Bruce? Or working with someone such as David Simon, creator of The Wire and The Deuce, who constructs entire worlds for his socio-political stories of American life.

In a way, it’s the current state of Hollywood that has let loose Kirby’s talents – the confluence of prestige television, streaming and an era where there are more shows than ever. The sandbox is very big right now, and Kirby is running wild in it. The result has been critical acclaim. Of his September Emmy win, he says: “I was surprised at how validating it felt.”

For Kirby, the road to the Emmys started in Canada. Born in Hamilton, the 41-year-old grew up in Guelph, Ont., where his parents, originally from New York, still live. He studied drama at the National Theatre School of Canada. Right out of school, he landed in Toronto’s theatre scene. He struck near-gold right away: a 2000 Dora Mavor Moore best-actor nomination for his starring role in Ken Gass’s Geometry in Venice.

Soon, more TV and film came calling. There was his first Hollywood credit in Halloween: Resurrection, his first leading role in Mambo Italiano and his first independent hit in Shattered Glass. But as a bit of a Luke Kirby scholar by now, two particular roles stand out to me from his early days: the film Luck and Slings and Arrows, where he got to play romantically opposite Sarah Polley and Rachel McAdams, respectively.

One cannot discuss Luke Kirby without discussing his certain romantic appeal. It would be a disservice to call him a heartthrob; what he most often brings to romantic roles is smouldering vulnerability and pensive brown eyes that look – believe it or not – deep in thought, be it about Michelle Williams (in the Polley-directed Take This Waltz), Katie Holmes (Touched With Fire) or Lindsay Lohan (Labour Pains). He plays the perfect foil to his leading women, lending his emotional weight, but leaving space for the marquee names to shine. I try to prod him into opening up about his impressive dance card of sorts, but he demurs, as the working actor is wont to do.

“It’s been really lucky to get to work with actors who are hungry, focused, centered and on top of their game."

There’s luck, again. Can it all be luck? Doesn’t a working actor certainly work for what they have?

“My honest sentiment about it is that all work is really lucky to have. Because it's a beast of a business and it beats the salt mines.”

I pepper him with hits from his filmography, just to see if anything lands. A guest spot on Jordan Peele’s The Twilight Zone reboot; M. Night Shyamalan’s Glass; Sorry For Your Loss on the little-watched Facebook Watch; the short-lived Canadian series Cra$h and Burn. Mostly there’s a laugh of recognition, sometimes a memory – like getting stopped by a Cra$h and Burn fan at a Brooklyn bagel shop. “It was a hilarious thing to happen in New York. But then it turns out she lived in Calgary.”

At one point, Kirby mentions that he’s been watching Columbo and was particularly taken by one guest actor on an episode. “Helen Shaver. Does that ring a bell? I just googled her because I found her so compelling, and then I found out she was Canadian.”

And that’s how it begins.

Judgment Day runs Dec. 5 to Jan. 11 at the Park Avenue Armory in New York; Season 3 of The Marvelous Mrs. Maisel is available now on Amazon Prime; Slings & Arrows is available on Acorn TV. 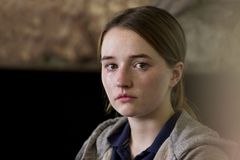 Veteran Will and Grace actress Shelley Morrison dies at 83
December 2, 2019 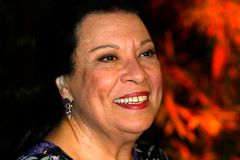 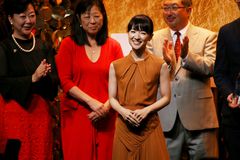