With all the current fuss about the end of Game of Thrones and the weekly fuss about some new thing in Netflix, it’s easy to forget that normal network TV is humming along. The Big Bang Theory, which has only a handful of episodes left in its long run, is still a ratings monster both here and in the United States. Grey’s Anatomy, now in its 15th season, is doing just fine, thank you.

This is the time of year when the U.S. networks try to figure out what will work for the next season. Pilot episodes of new series have been commissioned, filmed and now decisions are being made about what will be launched or tossed aside. A lot of money is thrown around and a lot of hope is in the air. Some of these shows will air briefly and others will either run forever or end up as fodder on one of the handful of streaming services that will dominate TV before we know it.

Extrapolating meaning from the descriptions of what is under consideration is a high-wire act of loose interpretations. But some interpretation can be extracted.

First, reboots remain a trend but less emphatically. Second, there are attempts at making mainstream U.S. TV more diverse, and some of these attempts might be painful to even think about, such is their guileless quality.

ABC is looking at rebooting NYPD Blue, but from a new angle. (This would be necessary since co-creator Steven Bochco died and co-creator David Milch is busy with the two-hour movie sequel to his classic Deadwood series for HBO.) It’s more sequel than remake. It follows the son of Andy Sipowicz (Dennis Franz in the original) as he tries to become a detective in the old 15th squad while investigating his father’s murder. Franz says he’s retired, so it’s unlikely he will turn up.

In other revival and spinoff news, NBC has postponed plans to air Law & Order: Hate Crimes. Last fall, the network announced the new series and even committed to 13 episodes. (It was to be based on New York’s real Hate Crimes Task Force.) Now, the series has to be filed under “delayed” or “might happen.” This seems odd since the topic is formidably relevant in the United States right now.

On the diversity front, there are numerous plotlines involving rather laboured twists.

Bob Hearts Abishola, in development at CBS, features Billy Gardell (who was Mike on Mike & Molly) as a guy who, after having a heart attack, falls in love with his Nigerian nurse and sets out to woo her. Over at ABC, Canadian Hannah Simone (who was Cece on New Girl) stars as a young woman in a dead-end job whose world changes when her Indian-American dad reveals his marriage is over and they both set out to change their lives. It’s co-written by Simone, who says it is partly autobiographical.

Another ABC comedy is Happy Accident, about two Pittsburgh families – one is a father with three adult daughters and the other a hotel lounge singer (played by Vanessa Williams, initially famous as the first African-American Miss America) with her med-student son – who are, apparently “forced together after a decades-old secret is revealed.”

It often seems on mainstream U.S. TV that nobody knows anybody of another race or background until they are forced to know each through some fluke or extraordinary event. Think about that.

There are gimmicky dramas galore, too. CBS is developing a drama called Alive, about a San Francisco homicide cop who dies in the line of duty, but miraculously comes back to life. Then he and his wife realize he isn’t the same person he used to be, and they locate the man behind his resurrection: a chap named Dr. Victor Frankenstein. ABC is looking at Triangle, which asks the question, what if the Bermuda Triangle was not a watery grave in the middle of the ocean, but a land lost in time that has trapped travellers over the course of human history? It seems that a new family is shipwrecked in this strange place and tries to organize the inhabitants – some from throughout history – to escape and find a way home. The newcomers and inhabitants are what you might call “lost.”

This summary is just one brief look at the cornucopia of TV that’s being developed. You might scoff at some of the ideas and plotlines but you will end up watching and enjoying several. Mainstream U.S. TV is not dead nor is it the husk of its former self that some claim. It’s alive and reflecting the United States back to itself. 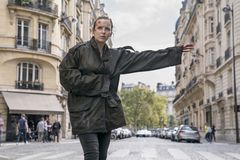 Opinion
Why we need to laugh at our politics, and Veep shows the way Subscriber content
April 3, 2019 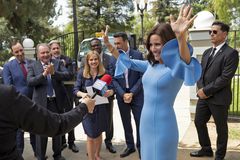 Opinion
Amazon Prime Video’s Hanna: A prime example of very entertaining, ridiculously uneven – and expensively made – TV in the age of streaming
April 1, 2019 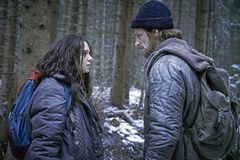