The first thing to note about Nurses (Mondays, Global, 8 p.m. and online at GlobalTV.com) is just that – it’s a Canadian network medical drama airing at 8 p.m. on a weeknight. It is not from a streaming service or a cable outlet. Adjust your expectations accordingly, before symptoms of disappointment set in.

Also, the long-term diagnosis for this particular show is favourable. Before the first episode even aired, it was renewed for a second season. It will not expire quickly.

That doesn’t mean it’s any good at all. It is another pleasantly bland Canadian drama aiming to warm the cockles of your heart and arrives drenched in the influence of existing medical dramas.

Now, as we all know, the medical drama is an enduring TV genre. No harm in trying to do another, one supposes. But, these days, medical dramas tend to have a gimmick, as The Good Doctor does in its lead character, or a sharp edge, as NBC’s New Amsterdam does with its emphasis on money and the conceit of public health care.

Nurses doesn’t have a gimmick or an edge, but it tried to burst out of the gate this week with a torn-from-the-headlines plot. The opening episode is about five young nurses on their first day at a fictional Toronto hospital who are immediately thrown into a high-stress, mass-casualty situation. A van deliberately crashes into pedestrians – students at a nearby college – on the sidewalk.

The creator of Nurses, Adam Pettle, has acknowledged that the episode is loosely based on the April, 2018 van attack in Toronto that killed 10 and injured 16. The actual van attack in the storyline isn’t shown. It’s about the young nurses coping with the crisis. The gist is that one rookie nurse, Grace (Tiera Skovbye), realizes the patient she’s caring for is – wait for it – the attacker who drove the van. He’s a misogynistic, racist jerk and Grace grapples with the ethical dilemma of objectively treating the loathsome perpetrator.

Not that there is much grappling, really. Grace is taken aback and then has a conversation with another nurse who warns her about it being public that Grace kept the perp alive. Grace furrows her brow, says something about treating everyone equally and exits saying loftily, “It must be so easy, only treating patients you like.” That’s it, to be honest; the entire van-attack scenario is handled lightly. Almost airily. The actual attacker character is more lounge-lizard sleazebag than murderous fanatic. There’s a lot of empathy floating around and things are rather tidily resolved. For a ripped-from-the-headlines plot anchored in a brutally appalling act of terror, it’s all rather dozy.

Over all, Nurses is much less than the sum of its parts. And the parts all seem borrowed and hackneyed. (The premiere had close to a million viewers, excellent for a new Canadian series, but one can also find a lot of scathing viewer reviews online.) On the one hand, it’s good to see a medical drama focused on nurses, not fantastically brilliant or overwrought doctors. On the other, it’s about as realistic as an animated Disney version of a medical drama about nursing.

On the one hand, it’s good that the rookie nurse characters – three women and two men from diverse backgrounds – are young and lacking in cynicism. On the other, they don’t seem to do much except act anxiously benevolent. Very Canadian, that aspect. They all hide secrets, obviously, but they’re not that compelling.

The triteness of the borrowed emblems from existing medical dramas will rankle with the thinking-adult viewer. Of particular note is the stereotype that is the hard-edged head nurse, one Sinead O’Rourke, played by Irish actor Cathy White. The character is all clichéd Irish intensity and brief sing-song speeches. In the opening episode, she’s asked, “How do you cope?” and gives the groan-inducing answer, “Used to be white wine by the box, now it’s yoga.” Yoga, begorrah.

In the second episode you can hear the Sinead O’Rourke character proclaim, “This is nursing. This is what we do!”

Oh yes, Nurses is most definitely a Canadian network medical drama airing at 8 p.m. on a weeknight. Adjust your expectations accordingly. 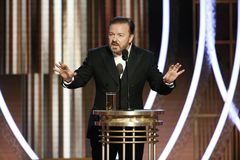 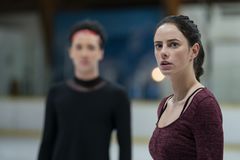