One month after co-creator and director Michelle Latimer resigned from the CBC series Trickster due to a controversy over her claimed Indigenous ancestry, the broadcaster announced on Friday that it will “not move forward as planned” with the second season of the drama. Meanwhile, counsel to Latimer has served the network with a notice of libel.

The CBC said in a statement that it held “many conversations” about the future of the series with producers, writers and actors, and with Eden Robinson, the author of the books on which it is based, and decided the planned second season is off the table.

“We are as committed as ever to telling other important Indigenous stories, of which there are many,” the network said. “In fact, CBC currently has eight such scripted projects in development, and we look forward to sharing more details about what’s next in the coming months.”

Latimer announced in December that she was leaving the series a week after making a public apology via Facebook for naming the Kitigan Zibi community in western Quebec as part of her family history before “doing the work to formally verify this linkage.” That initial statement was posted a few hours before CBC News published an investigation into Latimer’s Indigenous identity.

At the time of Latimer’s resignation from Trickster, the series was in the script stages of the second season.

After the CBC announced the show’s cancellation on Friday, Latimer issued a statement to The Globe and Mail saying she had stepped down from her position “in the hopes that the show would continue.”

“I was not involved in the decision that was announced today and am sad to hear that Season 2 has been cancelled,” Latimer said. “I am incredibly proud of the entire team that worked so hard to bring Trickster to life, and I will forever be grateful to the cast and crew that poured their hearts and souls into its creation.”

Latimer added on Friday that she has raised “grave concerns” about the fairness and accuracy of the CBC’s reporting on her ancestry.

“I am attempting to resolve these issues in good faith. The CBC was aware of the questions and concerns I raised about the integrity of the research they used to inform their reporting, as well as the manner in which they approached the story, and yet they reported inaccurately about my ancestry and created a false narrative about my character and my lineage,” the filmmaker said.

CBC spokesperson Chuck Thompson confirmed on Friday that the network was recently served with a notice of libel from Latimer’s lawyer, and said “we are now reviewing what’s in the notice.”

Shortly after Latimer resigned from Trickster, the National Film Board withdrew the director’s acclaimed documentary Inconvenient Indian from distribution and film festival premieres, including the 2021 Sundance Film Festival, which began this Thursday. 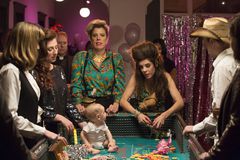 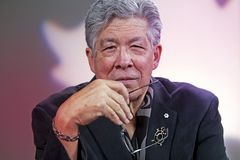 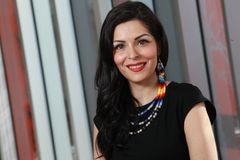