Of all the revivals and reboots that Netflix has done, the one arriving on Friday is the one most steeped in controversy, culture wars and warped nostalgia. It’s also the most fascinating because it’s a reminder of how much has changed, and how little.

Armistead Maupin’s Tales of the City (streams on Netflix from June 7) is an earnest soap opera about the residents, queer, trans and straight, but mostly queer, living in a San Francisco apartment complex. Based on Armistead Maupin’s books and stories written for The San Francisco Chronicle, it first came to TV as a miniseries made for Channel 4 in Britain in 1993, and then PBS aired it in the United States a year later. All hell broke loose.

The nudity, drug use and depictions of homosexuality brought a sharp conservative backlash. PBS provided its affiliates with edited versions to ward off trouble, but the trouble persisted. Among other events surrounding the series, the Georgia State Senate passed a resolution advising Georgia PBS affiliates not to broadcast it. Some complied. After its initial run, PBS then declined to air more episodes, citing funding constraints, but conservatives celebrated a victory. Premium cable channel Showtime then revived the series for small batches of episodes from 1998 to 2001. Given that Showtime is a lot less accessible than PBS, there was less conservative condemnation.

But in the way that the American culture wars tend go around and around, the state of Georgia is currently involved in a tense standoff with Netflix and other production companies. At issue is a Netflix statement raising the possibility that it would reconsider producing shows in the state if a new, highly restrictive anti-abortion law goes into effect there. A lot of TV productions and movies get made in Georgia, bringing about US$2.7-billion into the state last year.

This new version of Maupin’s stories is rather sweet and unlikely to cause any fuss, in Georgia or any other state in the United States. What it does for the viewer is another matter. The original and later versions were set in a free-wheeling city, in the pre-AIDS period. What you get now in this revival is nostalgia for that period and a depiction of a contemporary urban life in which queerness and trans identity are discussed almost non-stop. It’s bracing and fresh but all that discussion is baked into rather ordinary, sometimes hokey, storytelling.

Netflix’s When They See Us: Most disturbing drama of this year

Outrageous What/If is the new cheese that pleases on Netflix

In the original, viewers saw 1970’s San Francisco through the eyes of Mary Ann Singleton, a demure young woman who fled Ohio and landed at Barbary Lane, a set of apartments where the most senior and influential figure was Anna Madrigal (Olympia Dukakis), who taught Mary Ann to be tolerant of gay and lesbian life. Also, to smoke a lot of marijuana. The plot tended to be rather slight, as couples met or broke up and parents clashed with children. The acting was theatrical and often exaggerated. In 1994, it all seemed rather daring.

In the revival, Mary Ann (Laura Linney) returns for the first time in two decades to celebrate Anna’s 90th birthday, and attempts to reconnect with old allies and neighbours. From the start, things go wrong. Still presenting herself as a bit prim and uptight, Mary Ann isn’t welcomed by everyone. Her ex-husband Brian (Paul Gross) is angry with her for leaving and her daughter Shawna (Ellen Page, who is excellent) is dismissive. Exactly why Mary Ann has returned isn’t clear at first, and her relationship with Shawna is very muddled. In fact, the matter of Shawna being a daughter to her is fraught from the start of the reunion.

The series is populated with broadly drawn characters who exist to gently mock youth itself. For instance, the twins Jonathan (Christopher Larkin) and Jennifer (Ashley Park) are millennial nitwits who decide they can pay the rent by quickly becoming Instagram stars. There’s a lot of humour at the expense of social-media-obsessed younger people who fail to understand what’s happening in real, mundane life that unfolds around them. That’s the soapy quality that the series retains (the creative control is in the hands of Lauren Morelli, best known for her work on Orange Is the New Black). There’s a ton of overacting and too many plot twists that are telegraphed.

And yet this Tales of the City is special. It has warmth that’s unusual these days. What gives it importance, even in its silliest sequences, is that it was once a landmark series, emphatically controversial and the subject of a culture-war skirmish. Now, you watch, embrace its warmth and wonder what the fighting was about, while aware that other culture wars are still being fought. 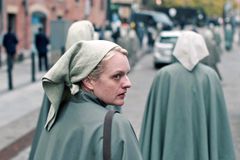 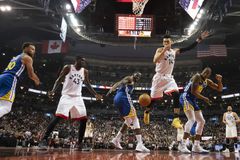 Opinion
Netflix’s When They See Us: Most disturbing drama of this year
May 30, 2019 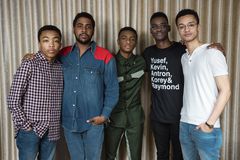