In Europe and elsewhere, the TV landscape is littered with failed attempts to combat Netflix and Amazon Prime and compete for customers. If you look at the broadcast trade media, there is, almost weekly, yet another new effort by commercial channels to combine their resources and offer new video-on-demand services.

It looks increasingly like a lost cause. CanalPlay, a streaming video-on-demand service launched in France by Canal+, a giant of international TV, has announced it will close down later this year. Netflix was ahead of the game and is estimated to have already reached 37 per cent of the market in France.

So Netflix simply continues with its existing strategy. It creates original programming for large markets, both to solidify its appeal to subscribers in these markets and to offer subscribers around the world a diverse array of programming that stands out. The series Narcos announced the streaming service’s commitment to South America, and now, it is India’s turn.

Sacred Games (now streaming on Netflix) is an eight-part crime drama based on the acclaimed – and lengthy, at 900 pages – novel by Vikram Chandra. On the evidence of the first few episodes, it sprawls from thriller to dense character study to brooding meditation on the roots of India’s political corruption.

From the start, it offers big questions inside the confines of a crime drama. “Do you believe in God?” is a question that comes up several times – first, when a white dog is flung to its death from an apartment in a vast high-rise complex. And the first answer to the question, it is suggested, is that God doesn’t care, if he exists at all. Then the story shifts into contemplation of what a real, contemporary godlike figure might be. He might be a criminal with vast connections into so many areas of social and political life that he pulls the strings that no one ever sees.

Yet the gist, at the beginning, is also very recognizable in the context of contemporary cable dramas from this part of the world. The central character is a middle-aged man with a lot of baggage.

Police Officer Sartaj Singh (Saif Ali Khan, who will be familiar to Bollywood fans, apparently) is a loner, a man separated from his wife and clinging to personal and professional integrity. He’s witnessed his colleagues needlessly kill a teenage boy and is required to confirm a concocted story to his superiors. His colleagues know he has qualms and that only increases their contempt for him. As such, he’s a character who could fit into a dozen dramas about damaged men trying to find ballast in a windswept, shifting world.

Out of the blue, it seems, he gets a call from a famous crime figure who has been missing, believed dead, for years. That’s Ganesh Gaitonde (Nawazuddin Siddiqui), who tells Singh that he has 25 days to save the entire city of Mumbai (always called “Bombay” in the series) from some terrible event. Singh is dubious but follows up on clues that Gaitonde seems to offer. He realizes quickly that, for some reason, he’s been chosen because he’s pretty much the only honest cop in the city.

From there, as Gaitonde tells his own backstory and the narrative unfolds in gorgeously made flashback sequences, the story-within-a-story becomes more elaborate. Gaitonde’s life unfolds for the viewer and his rise from street urchin to gang leader becomes the viewer’s perspective on Mumbai’s many layers of life, business and politics. This city, one that Singh himself calls “an empire among garbage dumps,” is vibrantly revealed.

At the same time – and in the early episodes, this twisted narrative is tightly controlled – it emerges that Gaitonde has just murdered a woman in the lair he uses to pull strings in the underworld. But is Gaitonde controlling or did he disappear because others controlled him and he’s now breaking free to wreak havoc? There’s a mystery, a love story and a study of two desperate men woven into the Dickensian depth of this vast, teeming narrative.

Some elements of the story will puzzle viewers not familiar with India’s tangled religious tensions and caste system. But that will not halt anyone’s enjoyment.

Essentially, Sacred Games can be reduced to good-versus-evil. We see Singh’s life as it plays out and he clings to decency. In contrast we see Gaitonde’s path from thievery to murder and exploitation. But while it amounts to that simple contrast, along the way there are events and characters that illuminate much more – this is a Mumbai overflowing with sex, drugs, violence, glamour and seediness. It is a bracing and at times brilliantly told tale, never lacking in action and poignant when it needs to be. It’s another Netflix winner. 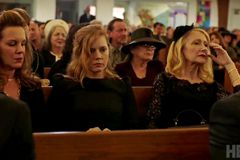 Jerry Seinfeld’s banter with comedians: Some gems, some fails
July 4, 2018 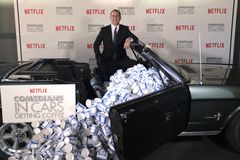 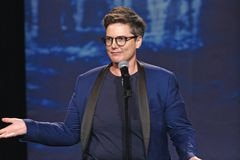