Some names should stick in your head. The name Reality Winner is one of those.. But who remembers it now?

Ms. Winner – full name Reality Leigh Winner – is in jail in the United States, serving a five-year sentence. Her access to the outside world, including media, is extremely limited by prison authorities. Winner, a former U.S. intelligence specialist, was sentenced in 2017, after being charged with, “removing classified material from a government facility and mailing it to a news outlet.” What she did was pass on a National Security Agency report about Russian interference in the 2016 U.S. elections.

As though we didn’t all have enough to make us anxious, a new documentary suggests that the interference in 2016 has been underestimated and that the 2020 election there is extremely vulnerable. It’s about the United States, not about us, but it isn’t necessary to explain why it all matters.

Kill Chain: The Cyber War on America’s Elections (Thursday HBO/Crave 9 p.m.) is a chilling look at the security of election technology. “Everything is hackable” is the message from the main software expert in the program. He explains the how and why. Fifteen years ago he demonstrated how, to one local election authority, and did it for them. People were shocked. Not much changed.

The documentary is dense with information but succeeds in making a tangled story about technology easily understood. At times it’s jam-packed with jargon and at other times it’s like an understated episode of Homeland. The main figure is one Harri Hursti, a Finnish-born computer programmer and one of the world’s leading experts on data security. (If you think the doc is riddled with paranoia, just look up Hursti and his qualifications.) He’s very even-tempered and calm but you could forgive him for being mad as hell.

At issue is the U.S. voting system. It’s locally run, without national supervision of standards. In fact it’s haphazard and kind-of chaotic. That’s why certain parties were able to assert with strange confidence that not a single vote had been changed by outside forces in 2016. It’s so chaotic, it must be near-impossible to manipulate, right?

As Hursti sees it, the system amounts to a vast number of “old computers” used in countless areas around the United States. That makes them eminently hackable, he says, and he proves it. It doesn’t take him long to alter the data on one memory card, the type typically used. He and others scoff at the suggestion that “no votes were changed.” That isn’t what matters, you see. It’s the chaos that can be caused.

In one demonstration a Polling Register on a memory card is simply tweaked – the numbers on the street addresses voters are flipped, so 960 becomes 906, and when the person shows up to vote, they can be denied. This demonstration is followed by a news report from the 2018 elections about exactly that confusion happening at several polling stations. The reporter calls it “a glitch.”

There is a sub-theme in the documentary (made by Simon Ardizzone, Russell Michaels and Sarah Teale) about the murky world of voting machines; who makes them, how they are sold and who has access to the software back at HQ. As one data-security expert laughs, “there is no such thing as a glitch.”

What is most disturbing, though, is the level of secrecy about the interference. While multiple agencies have confirmed that there was Russian interference in the 2016 election, there is a formidable reticence about acknowledging problems with the machines and software. It amounts to furtiveness.

Certainly, there is something bizarre about the treatment of Reality Leigh Winner. She was reading news reports about the reliable technology in the voting system, so she leaked a classified NSA document providing details of a 2016 Russian cyberattack on a supplier of U.S. voting software. Her sentence seems disproportionate and prosecutors described her as “hating America.” Winner had served in the U.S. Air Force for six years and been awarded the Air Force Commendation Medal.

We are deep into Homeland territory with her story. But Kill Chain is a documentary, not fiction. And it certainly offers something else to worry about. 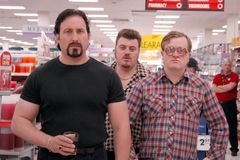 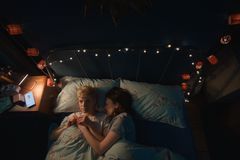 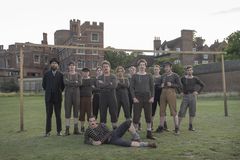