You could be forgiven for forgetting that it’s awards season. I had totally forgotten. But then I remembered this: One recent morning the doorbell rang to notify me of a delivery. That’s not unusual these days. I am, like many of you, more familiar with online shopping outlets than I ever imagined. This delivery, however, came from CBC TV. Cookies, no less.

The gift or graft – chose your own terminology – was to promote the return of The Great Canadian Baking Show. The graft was dead handy, actually. Not that I was interested in the cookies but it was coming on Valentine’s Day and neighbours and their kids got some tasty treats.

In the annals of graft in the entertainment racket this is small spuds. As a for-instance, CTV sent over an apple pie last year, and that too was given away. The graft that takes the biscuit was revealed on the weekend, by the Los Angeles Times. The story is related to awards season.

First, think back to a few weeks ago and the announcement of the Golden Globe nominations. If you follow this sort of event you might remember that there was considerable surprise that the Netflix show Emily in Paris, a slight, tart little slice of romantic comedy, had two nominations. It is up for Best Television Series, Musical or Comedy, and its lead actor, one Lily Collins, is up for Best Performance by an Actress in a Television Series, Musical or Comedy. Incroyable, said those of us who did pay attention, and then we moved on.

It is “incroyable” that Emily in Paris would be on anyone’s best TV of 2020 list. A possible explanation emerged when the LA Times revealed that the creators of the series – not Netflix, which merely acquired the production – flew 30 members of the Hollywood Foreign Press Association to Paris to visit the set, have lunch with the cast and “a two-night stay at the five-star Peninsula Paris hotel, where rooms currently start at about US$1,400 a night.” This was in 2019 when the show was in production. At a rough guess, the HFPA didn’t forget the kindness of its benefactors.

So, there is graft involved. No real surprise there. But, wait, there’s more – what you might call gross negligence in the matter of diversity at the HFPA. As the LA Times reports, there are no Black journalists among the 87 members of the organization. None.

That might help explain one major element in the coverage of “snubs and surprises” on the Globes’ list. In the TV categories, no nominations for the astonishing I May Destroy You, the HBO/BBC series that tackled sexual assault from the perspective of a young Black woman. The series was on every critic’s top-10 list for 2020. You’d imagine it would have been on the HFPA’s radar and some acknowledgment of creator and star Michaela Coel. Not so.

Listen, revelations about the HFPA come about every two years. The tiny organization is awash in money, thanks to the popularity of the Globes award show on NBC. It is a ridiculous outfit that somehow became powerful and it’s even more ridiculous that the Globes are taken seriously. Everything about the event is ethically dubious.

I don’t begrudge anyone the pleasure of watching the event and admiring the fashion and the banter. It’s just an act of adorable naiveté that anyone takes it seriously.

The 78th Annual Golden Globe Awards, hosted by Tina Fey from the Rainbow Room in New York and Amy Poehler from The Beverly Hilton in Los Angeles, will air live this coming Sunday on NBC and CTV. If there are jokes about graft, gifts and Emily in Paris, so be it. That’s the way the croissant crumbles. Memo to CBC and The Great Canadian Baking Show: Next time, send the treats two blocks from my house, to those living in tents in the park. They need treats, and I don’t.

Capitani (Netflix) is a new and offbeat murder mystery. Set in Luxembourg (in Luxemburgish, with English subtitles), it’s very low key and slow burning. Police inspector Luc Capitani (Luc Schiltz) investigates the matter of the body of 15-year-old girl, Jenny Engel (Jil Devresse) being found in the woods. Further, Jenny’s twin sister is missing. The drama – 12 episodes of roughly 30 minutes – is very much about the location, where everybody knows everybody’s business and, it seems, everybody was sleeping with another local in the past. The cops, apart from Capitani, are hopeless and nobody ever tells the truth. It’s a very downbeat, twisted tale, if you like your thrillers unglamorous. 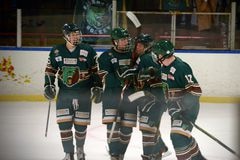 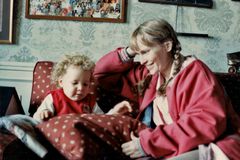 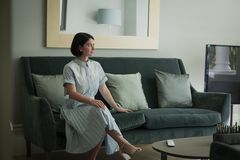