In the summer of 2017 I sat down to read Sally Rooney’s just-published first novel Conversations with Friends. There had been a small fuss about it in the Dublin papers. One review called it “post-Irish,” meaning it was so far outside the tradition it was unrecognizable. At first the book puzzled me, then it held complete sway and reading the final page I knew I’d read something astonishing.

Three years later no cultured person can be unaware of Sally Rooney and her two novels. The second, Normal People, is perhaps the most admired English-language novel in a decade (The Guardian called it “almost a sacred text”), a bestseller and award-winner. The TV adaptation, co-written by Rooney, has just aired in Britain and in the United States on Hulu, as acclaimed as it was puzzled-over, generating the sort of attention that marks it as holding a central place in the culture.

Normal People (streams on CBC Gem from Wednesday, May 27) is broken up into 12 half-hour episodes and would be easy to summarize in an offhand way as frivolous and sex-obsessed. A surface description: In a small town in the west of Ireland, Marianne and Connell begin an intense, intimate, secret relationship during their last year of high school. Then, when Connell invites another young woman to the Debs dance (equivalent to the prom), Marianne is crushed. They meet later at university and over the next three years have a bewilderingly intense on/off relationship.

But that summary conceals so much. Normal People, beautifully made, is an achingly powerful story of intimacy, affection, power-dynamics, class division and money. As much as it’s a love story, it speaks more powerfully on broad, collective problems about the subtle torture of human interaction in the digital age and about the cynicism and fears that are part of coming-of-age after the great recession of 2008.

Its arrival on TV is immensely important. It adds to the through-line in the past decade of great TV that begins with Lena Dunham’s Girls on HBO and runs through FX’s Better Things to The Handmaid’s Tale to Fleabag, Netflix’s Unbelievable and others. This line is a cultural phenomenon. If the first part of this Golden Age of TV was male-centric, rooted in the crises of men in The Sopranos, Breaking Bad and Mad Men, the near-future of it is female.

What kick-starts the story in Normal People is a chance meeting. Connell (Paul Mescal) drops by the sprawling house where Marianne (Daisy Edgar-Jones) lives with her well-off mother and brother. He’s just there to pick up his mom, who works as a cleaner. He knows Marianne from school but only as the misfit she is – the acid-tongued teenager who will answer teachers with contempt, stay remote from classmates and spend her lunch break reading such books as Marcel Proust’s Swann’s Way. (Literary allusions and clues abound: It matters that the book is Swann’s Way just as it matters later that Connell is reading Jane Austen’s Emma in a university library.) They chat, idly. They talk about books. They like each other an awful lot, from the get-go.

But they are from different worlds. Marianne might be emotionally insecure and a misfit but she is wealthy. Connell is the popular star of the school’s Gaelic football team, but he lives in a tiny home with his single mother. When the teenagers have sex, as they do with tender-hearted intensity, not animalistic lust, they are wholly completed people.

Later at university, the roles are reversed. Marianne is a glamorous figure, a campus deity among well-heeled students who run all the important clubs and societies, and she has a rich and blithely confident boyfriend. Connell feels out of his depth, unsure and inarticulate. He has a part-time job as a waiter and lives in a small room in a shared house. Yet, the connection between them remains acute, it’s just that it seems hermetically sealed between them, when they’re alone or in bed.

The novel’s fierce power is in Rooney’s lambent, forensic approach to the inner thoughts of Marianne and Connell and the delicacy and confusion of their communication by e-mail or text. It would be near-impossible to recreate this with exactitude in the TV adaptation but, remarkably, the dynamics of communication are delivered with a Beckett-ian kind of weighted terseness.

“I’m walking around trying out a hundred different versions of myself,” Connell says when they are alone during their university years. Marianne says little in reply and her knowing eyes are just waiting for the authentic Connell, whom she knows, to emerge when he stops having cold feet about being an open, mature adult. “You could do anything with me,” she says to him in another crucial conversation, and both know, in the ensuing silence, that Marianne has a masochistic streak that horrifies both of them. The gravity of Rooney’s understanding of these young people, without ever couching their story in flippancy or commonplace romance, is astounding.

Search online for images of the 29-year-old Sally Rooney and you will find a batch of photos of her wearing a black leather jacket over a white t-shirt. She’s leaning against a wall on a Dublin street. In one she’s posed next to a framed poster of the Proclamation of the Irish Republic. She looks like the leader of a pack and in a way, she is.

Rooney was the editor of the literary magazine The Stinging Fly for a time and is now on its board. It has published an astonishing array of young writers now embarking on major literary careers. Most of these writers are products of post-Celtic Tiger Ireland. The lack of jobs and the elusiveness of money preoccupy their characters, super-aware as they are of the insecurity of late-stage capitalism.

The precariousness of Connell’s existence and that of his mother, is part of Normal People. A writer published in The Stinging Fly by Rooney, Naoise Dolan, was asked in an interview recently about the job of the writer, and she asserted, “I seek to dismantle the idea that having a job is a good thing because jobs are an excuse for a social construct whereby a minor social class hoard the means of survival.” Rooney herself has said that by inclination she’s a Marxist.

Normal People, like Conversations with Friends, is truly post-Irish in that it unfolds in a country where religion doesn’t matter; there is no attachment to the rural landscape and the imperative attachments are to digital-age storytelling, not the Irish literary tradition. At the same time there is a shared awareness that digital-age connectivity creates exhaustion, isolation, loneliness and that it can be soulless.

But Normal People’s oversized importance exists because it has a universal power and it arrives on TV as an instant classic of this new TV age, dominated by women telling incisive, frank, often explicit stories about women. There isn’t a wasted word or scene and in the end it is piercingly about two people who are heartbreakingly and sadly, in love.

Sally Rooney is just one of a batch of new, young Irish writers, and some of them mine the same territory. Under Rooney The Stinging Fly published Nicole Flattery, whose debut collection of short stories, Show Them a Good Time (published by Bloomsbury) is mind-blowing; by turns macabre, ferociously funny and concerned with what’s been called, “the dark comedy of women’s lives.” Like Rooney, Flattery sometimes focuses on the idea of “normal” as a surreal concept with one character describing her hometown in Ireland as, “a strange place dressed up as a normal place.”

Also under Rooney the magazine published extracts from the new and bestselling (in Ireland) novel Exciting Times (published by Weidenfeld & Nicolson), by Naoise Dolan, another twentysomething Dubliner. Dolan’s style is spare but glittering, much as Rooney’s is, and her attention is on young women aiming to be self-actualized, even as sexual relations undermine their sense of worth. In Exciting Times the main character has simultaneous relationships with a man and with a woman, unsure which is transactional and which is real.

The most prominent male fiction writer in the group is Kevin Barry, whose debut novel City of Bohane won the International Dublin Literary Award in 2013. His work, darkly comic and extravagantly invested in atmospheric language, is best exemplified for new readers in Beatlebone (Knopf Canada), which imagines an addled, depressed John Lennon arriving in Ireland in the 1970s, trying to make his way to a remote island he bought years before. Lisa Moore, in this newspaper, described Barry as having an “unrestrained lust for language.” 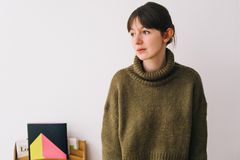 Globe Arts writers pick their favourite cultural moments of 2019, from Watchmen to The Irishman, Rooney to Rembrandt, Jojo to Momo
Subscriber content
December 21, 2019 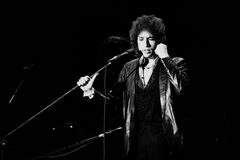