In her 1965 essay The Imagination of Disaster, Susan Sontag wrote, “We live under continual threat of two equally fearful, but seemingly opposed, destinies: unremitting banality and inconceivable terror.” Well, yeah, but that was before the internet, wasn’t it?

In the matter of “inconceivable terror” the internet puts things back together, reassembles reality and presents a new version to us. We are all connected, even when in isolation, so things can’t be that bad, even in pandemic times.

So, along comes the globally streamed and televised One World: Together at Home (Saturday, 8 p.m. ET, on almost every channel in existence, including, at the last minute, CBC TV), which is a concert show for coronavirus relief. Its exact meaning remains to be seen, when it unfolds, mind you. It’s not a telethon. According to Global TV, it exists to “help fight boredom and simultaneously raise funds for the COVID-19 Solidarity Response Fund.”

It is curated by Lady Gaga and, like Elton John‘s recent Living Room Concert TV special, it will feature live performances from famous musicians, working from the comfort of their own homes. Except it’s way bigger than Elton John’s event. It is being streamed on almost every platform that exists. (Facebook, YouTube and more.) The online show begins at 2 p.m. and the two-hour TV event is just the climax. The idea is to promote social distancing and encourage viewers to donate funds to relief efforts that support local charities providing food, shelter and health care.

Hosted by the three wise men of late-night U.S. TV, Jimmy Fallon, Jimmy Kimmel and Stephen Colbert, the talent list is super long. Canadian artists Celine Dion, Michael Bublé, Alanis Morissette and Shawn Mendes are part of it, along with Latin superstars J-Lo, Camila Cabello, J Balvin and Maluma, plus Andrea Bocelli, Lady Gaga, Paul McCartney and many more. This column lost count at 60-something performers. Take that, pandemic. You will wither in the face of this.

Outer Banks (new on Netflix) is pure escapist content. Beautiful people, stunning location and a mystery. This comedy/drama/thriller will not exhaust or upset you in the least. Essentially an upmarket teen drama, it’s set in the Outer Banks islands of North Carolina. A group of teens from the wrong side of the tracks – in this case, the wrong side of the water – hang out, scrape out a living and, then after a hurricane sweeps through the area, life gets interesting. They find a sunken boat and in it a key to a hotel room. In there, they find money and guns. That kick-starts the thriller element as it becomes clear they have become bit players in a much larger drama. Soon there are dangerous people after them as they, in turn, try to find that pot of gold that they know is hidden somewhere nearby. Very much a regional drama, but with some wit and beauty, it has been aptly summarized as, “Shirtless teens try to solve a mystery.”

After Circus (new on CBC Gem) is a beautifully made, charming and melancholy portrait (by Montreal filmmaker Viveka Melki) of aging performers in the traditional circus world. As performers on the old big-top circuit know, their world and their working lives are vanishing. Audiences expect fantasy and spectacle like Cirque du Soleil. The trapeze artists and others, some of them coming from generations of circus artists, are at the end of a tradition. Many live in trailer parks or small homes in Florida, and ruminate on the mystique to the circus as it declines and audiences disappear. None of them have gotten rich in their jobs. The film uses the old idea of escaping ordinary life to travel the circus, and contrasts that with the fierce dedication and sweetly forlorn figures who have spent their lives in that world. An adorable, lovely film, highly recommended.

Finally, this column continues with a “Stay-at-home-period daily-streaming pick.” Today’s pick is Casual (Crave). This brittle but sharp and adult comedy-drama is about life, love, family, friendship and figuring out that, if your parents screwed up, it’s up to you to make a better life. Executive-produced by Canadian Jason Reitman, it is mainly about a bachelor brother (Tommy Dewey) and his newly divorced sister (Michaela Watkins) living under one roof again. Together, they coach each other through the crazy world of dating while raising her teenage daughter (Tara Lynne Barr). All four seasons, with eight 30-minute episodes, are available. 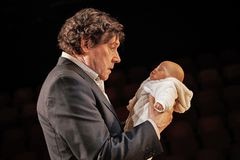 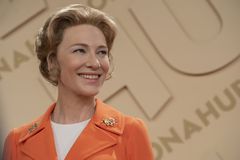 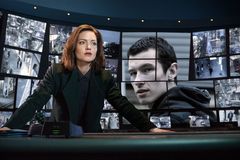