Said it before, saying it again: The so-called awards season is really about a sequence of frock-operas and not much more. The ratings for every awards show this past year have shown a major decline in interest, and I’ll bet that’s because the red-carpet coverage has essentially been eliminated.

Like many people, I’ve no problem with the red-carpet coverage. On many Sundays over the years I’ve sat back, drank and gazed at it all, making catty remarks in the privacy of my own home. Then I watched the Oscars awards ceremony for a while, lost interest, maybe did a spot of ironing and returned to it at the end, just to get the gist.

The not highly anticipated 93rd Annual Academy Awards (Sunday, ABC, CTV, 8 p.m.) will be a mere curiosity, not a major event. No doubt there is merit in many of the movies nominated, and some will be embraced for their excellence. No doubt it is important that there is more diversity in the nominees. At the same time, there has rarely been a list of nominated movies so lacking in public enthusiasm.

Binge-watching guide 2020 edition: More than 30 series and specials to catch up on

Not that it would matter. Years ago, there was a coup at the Academy Awards. The awards were taken over by the stylists. One feels like a codger for even expressing this, but once upon a time, even young, attractive and giddy actors approached the Oscars with gravitas. They spoke of the honour in the craft of acting and the importance of making movies that had some significance in the culture. Then the gravitas diminished, and the event became about fame built on frocks.

It also became about TV ratings. It was pressure from broadcasters that caused the Academy Awards to move to a Sunday from a Monday and to the February sweeps period from March. Still, the ratings kept declining. Back in February, 2020, the most recent, normal-times Oscar shindig, the Oscars reached a historic low of 23.6 million viewers in the United States. This year, TV critics, full of mischief, have been amusing ourselves predicting the 2021 number. The majority are betting on 11 million to 17 million viewers.

There will actually be red-carpet coverage, of a sort. The E! channel’s Brunch at the Oscars (Sunday 3 p.m.) hosted by Giuliana Rancic, promises “a first-class seat to the biggest stars and nominees.” No, seriously, it does. Queer Eye’s Karamo Brown and panelists Nina Parker and Brad Goreski, whoever they are, offer inside dope, “on all your favourite A-listers.” Right. Then Oscars: Into The Spotlight (Sunday, ABC, CTV, 6:30 p.m.) promises viewers “a glimpse at this year’s presenters, nominees, and their guests as they arrive for a unique broadcast.” Unique is correct – the ceremony comes mostly from Union Station in Los Angeles, with some segments from the Dolby Theatre. Good luck to all the nominees – and to viewers.

If you must know, Mank – available on Netflix – is this year’s most nominated film, with 10, followed by The Father, Judas and the Black Messiah, Minari, Nomadland, Sound of Metal and The Trial of the Chicago 7, which all earned six.

CBC Docs: POV: Rare Bird Alert (Saturday, CBC NN, 10 p.m.) is a repeat but a can’t-miss if you didn’t see it the first time. It’s a charming, restorative look at birding, mainly about “punk rock birder Paul Riss,” who lives in Hamilton and is a long-time devotee of the hobby. He will drop everything to race out to see a rare bird in his area. He also has the Latin names of more than 240 birds tattooed on his body. The “punk rock” element is a bit overdone, but this lovely doc celebrates birding as the obsession goes mainstream. It also rather niftily connects birding to the personal witnessing of climate change.

Note that there is a marathon of the recent classic mini-series Chernobyl (starts Saturday, HBO Canada, 9 p.m.). Anchored in fact, the multi-Emmy winner dramatizes events surrounding the 1986 explosion that erupted at the Chernobyl nuclear power station in northern Ukraine. Finally, Zero (streams on Netflix) is new and good, loopy but meaningful escapism. It’s from Italy (Italian with English subtitles) and about Omar (Giuseppe Dave Seke), a Black kid and aspiring artist who lives in the immigrant tenements in Milan. As he says at the start, it’s a place invisible to most of Milan’s population. Thing is, Omar has this gift. He can literally disappear. Will he use this power for good or evil? A nicely done, off-kilter portrait of contemporary Italy as seen by its invisible population. 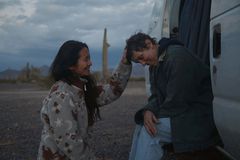 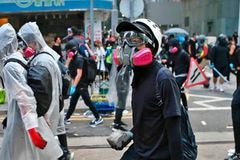 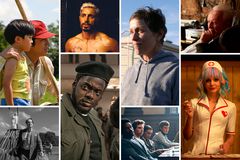