This era is called “Peak TV” for a reason. There’s an insane amount of content. There are series, mini-series and one-off dramas and comedies here, there and everywhere. This period will end, eventually. There will be some cataclysmic shift, one big content provider will collapse and others will follow or remaining services will coalesce. Or, maybe not. Nobody knows.

While this glorious period is ongoing, some productions go under the radar, and undeservedly so. Often it’s a matter of nailing down what the content is. If it’s hard to describe in all its subtleties and nuances, it can exist with very few viewers. That’s unfair, but this column will do its level best to shine a light on unheralded gems. The rest is up to you.

Patriot (two seasons streaming on Amazon Prime Video) is one such series. A person could get a hangover just from trying to describe it, without ever going near a drop of drink. It’s about spies and espionage. That’s for sure. But what happens is presented in such an unusual, off-kilter style that you could forget there’s espionage going on. I will say this – if you appreciate the sometimes shockingly odd and funny approach of the Coen brothers to violence, you will like this. It’s deadpan; it’s got a strange kind of sang-froid and there are comically escalating odds of things getting stranger and stranger.

Our anti-hero is John Tavner (Michael Dorman), a U.S. intelligence officer/assassin who is depressed and given to smoking a lot of marijuana. Something went wrong on an assassination job and he’s recovering slowly. Even in this sad state, though, he’s given a secret assignment by his father, Tom (Terry O’Quinn), who plays a fanatical State Department official (with his usual gusto) who needs an election in Iran manipulated.

To obtain a cover story for his work in Iran – which mainly involves bribing people – John must get a job with a Milwaukee company that makes oil pipelines. The job interview is hilarious as John manages to fake knowledge of the industry but he has to take extreme action to actually land the job. And so he sets forth for Europe, expecting to continue to Iran, armed only with his wits and a bag full of money. From the get-go, things go awry. Then they spiral out of control and go awry again.

All the while, John is dealing with his depression. Part of his self-therapy is being a folk-singer. He will turn up at any available open-mic night and sing his songs. Thing is, most of his songs are about his adventures as a spy/assassin. Literally, he tells the story of his missions in his songs. It’s a bit loopy, this narrative device, but, strangely, it works.

Patriot has the kind of narrative in which a lot seems to happen but the story barely moves forward. This is where the theme of depression is played up. It’s very hard to move the story forward when the protagonist is stuck in a mental inertia. John can only react to what happens to him in the immediacy of now. It’s hard for him to look to the future. (One of my counterparts in the United States has written that Patriot’s better title would be Sad Spies.) Thus the plot becomes an increasingly intricate series of stop-start manoeuvres. Almost as soon as John lands in Europe, that bag of money disappears and just when John thinks he’s figured out who has it, it’s stolen by somebody else. At the start of the second season it appears to be in the hands of a detective in Luxembourg named Agathe (Aliette Opheim) who might, or might not, be corrupt.

The series (created by Steven Conrad, who also wrote the movie The Pursuit of Happyness) began life as a pilot for a possible series for Amazon. Eventually, after a long wait, it was indeed turned into a series in 2015, when Amazon was just beginning to be businesslike about content. Two years later a second season was made (Debra Winger is added to the cast) and it exists now as a strange but substantial foray into espionage-drama, but with a gloomy energy and a sardonic sense of the farce that is spying. The influence of the Coen brothers is obvious but not overriding and it has been described as having a Wes Anderson aesthetic.

Far be it from me to burden you with yet another heavy recommendation, but Patriot is truly strange and for all its weirdness, it’s wonderfully, entertainingly original.

Dogs on Netflix: A must-see masterpiece about our canine companions and us
November 23, 2018 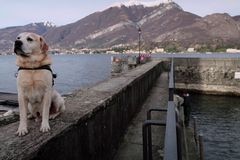 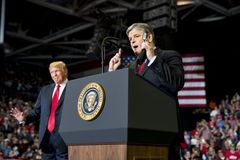