We’ve all had the experience – you dislike a show long before it even airs because the same annoying promos appear over and over.

Case in point: Pretty Hard Cases (starts Wednesday, CBC/CBC Gem, 9 p.m.) has been promoted with one, much-repeated ad to sell it to viewers. The ad gives the impression the series is a wacky sitcom about two women cops, one Black and one white, mismatched partners who argue and josh as they must work together.

Pretty Hard Cases isn’t that, and the promotional ads from CBC do it a disservice. It isn’t predictable. It isn’t traditional, and it is way more than a wacky cop show. The new series is very entertaining, odd and a fascinating hybrid of cop show, comedy and socially aware big-city drama. There hasn’t been anything like it and, anomalous as it is, the series makes a lot of cop-show content seem irritatingly out of touch.

Yes, main characters Sam Wazowski (Meredith MacNeill, from Baroness Von Sketch Show) and Kelly Duff (Adrienne C. Moore from Orange Is The New Black) are unlikely buddy-cops, in the tradition, but on the evidence of the first two hour-long episodes, the flavour is definitely unorthodox.

Sam and Kelly get off to a bad start, as that promo tells us ceaselessly, but soon enough there’s a rhythm to their work together that sparkles and makes sense. They’re both women of a certain age, working mainly with men. Mind you, in this scenario both are bosses and the male figures are there to take orders and be the butt of jokes. At first you might think MacNeill is doing some extended sketch from Baroness Von Sketch, all exaggeration and loopy, physical comedy, but there is depth to the character and you begin to like her a lot.

The Kelly Duff figure is even more complex and one scene in the opening episode signals that this series is wandering very far from the tradition. The two cops, with plenty of armed back-up, raid a house looking for a drug dealer. Instead they find a child who has a gun. It’s Kelly who takes charge, figuring out a way to defuse the situation. The point of that scene lands lightly, and the series isn’t interested in pointing fingers or belabouring any pieties, or setting itself up as social-issue consequential.

There is, apart from the buddy-cop theme, a complicated and continuing crime saga unfolding. That drug-dealer take-down that opens the show leads to a niftily interlinked storyline about a drug gang, who controls the operation, and who is really in charge. Again, the treatment is unorthodox, containing both crime-drama tropes and dark comedy. In that storyline there is excellent work from Katie Douglas as a duplicitous and wily teenager who can fool most people into believing she’s a mere innocent who got mixed up with the wrong crowd.

This series, created by Tassie Cameron and Sherry White – it went into production called Lady Dicks – has plenty of sport with holier-than-thou approaches to policing and race relations, and some very good jokes. “I’m aware of my privilege and I’m an ally,” declares Sam, hopelessly trying not to seem racist and coming across as an idiot. At the same time, as a big-city cop show – firmly anchored in Toronto – it has the feel of a new type of TV series. It’s not that it upends conventions; it just embraces them with a different mindset.

It is the first cop drama I’ve seen that actually looks like an answer to the question, “How do you watch cop shows in the age of Black Lives Matter?” Except, if course, it’s not actually trying to answer big questions. It’s a comedy-drama with the emphasis on comedy and if there’s one other show with the same vibe, it’s Brooklyn Nine-Nine.

In the credits, NBC Universal is listed as a production partner, which indicates it will land on some U.S. channel eventually. It will puzzle some viewers there at first. For now, whether you have an attachment to the cop-show genre or off-the-wall comedy, Pretty Hard Cases is highly recommended. Yes, it’s unique sly and delectable. Ignore the awful advance promos for it. 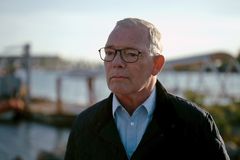 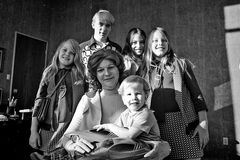 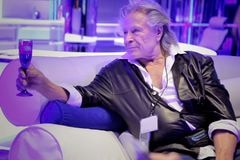